Salmon spawning thanks to weir removal 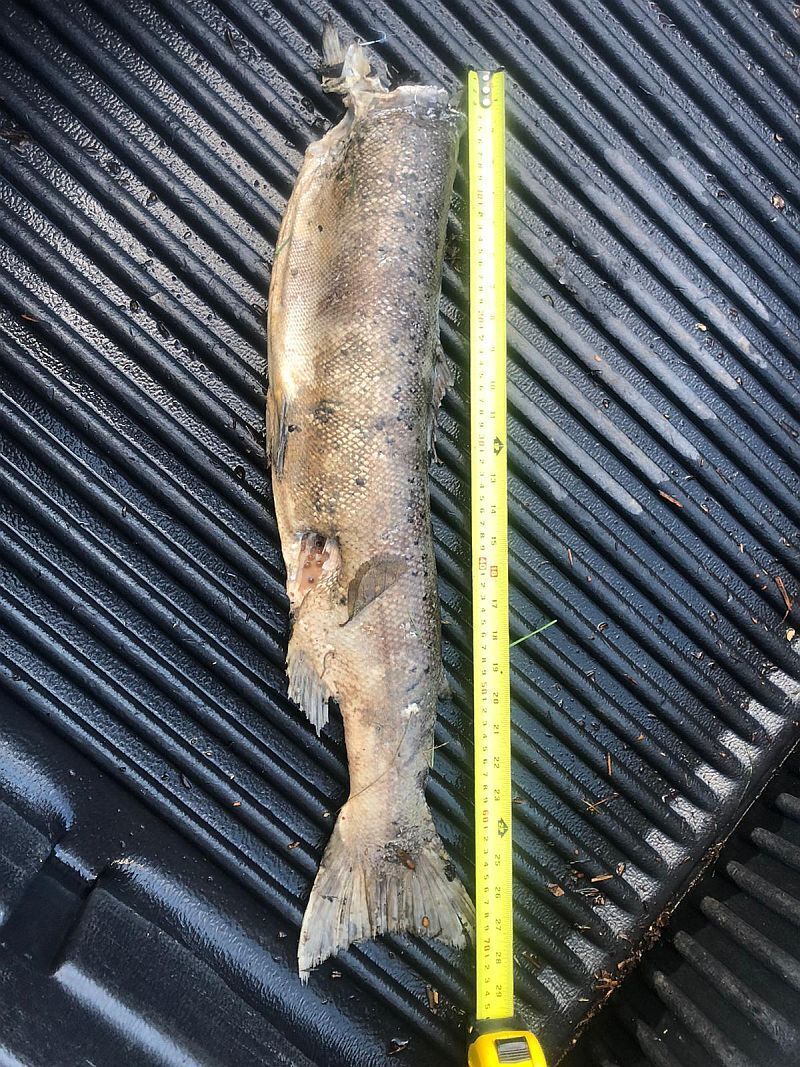 Following a major weir removal project at Snake Lane on the River Ecclesbourne in Derbyshire in the summer of 2022, we have evidence that salmon are now able to move upstream and spawn, above the site where the weir was removed. This is a fantastic result, exactly what we hoped for!

The photo below shows a hen salmon that was probably around 10 or 12lb when she was alive. The salmon has been part-eaten by predators, but we’re hopeful she spawned before her death. The salmon was found about half a mile upstream of where the weir was removed.

Our thanks to eagle eyed WTT supporters John Thornhill and Pete Schofield for letting us know, taking the photo and collecting a scale for analysis. They are as delighted as we are to see their local river opened up for salmon – and trout – to spawn.

Thank you so much for your support of WTT through 2022. We were hugely touched by your generosity in our Spring auction, then when so many of you renewed your membership and now yet again with our Christmas Raffle which has just raised £11,318. For the first time, we drew the raffle as part of a Christmas Get-Together on Zoom for members, headlined by a fabulous talk from WTT President, Jon Beer, in which he described the amazing diversity of trout across Eurasia and some of the people who’ve studied them – I’d encourage you to watch Jon’s talk on our YouTube channel. We’ve had a really good year of work, completing lots of large, complex projects to remove big weirs, opening up many miles of river for fish, and creating lots of great habitat. As ever, I am in awe of my deeply committed colleagues and the expertise of our trustees – we go optimistically into 2023, in the hope of another cracking year. The 2023 Spring Auction will run 17-26 March, our annual journal will reach you in early May, our great fun 3-Fly fundraiser is planned for 17 June in Hampshire (see the Spring News Update) and we’re planning members’ fishing at Haddon in the summer. I wish you well for Christmas and the New Year. Take care and stay safe. Shaun Leonard Director, WTT

Field of Dreams in action

It's a well worn quote from the film, Field of Dreams, and one that often crops up in our work:

'build it (habitat) and they (trout) will come'.

Here is one lovely example. Trout are spawning on the River Trent near Stoke in an area that was previously 'devoid of trout habitat', to quote WTT project manager, Paul Gaskell. The Sunrise Project took a straight, silty, incised channel and turned it into a functioning wiggly river.

'So many trout - so little time'. A talk by WTT President Jon Beer

Our virtual Christmas raffle draw this year included a presentation by WTT President Jon Beer in which he explains why trout display such fantastic variability in appearance, diet and spawning habits. It's a journey from Austria to the Galapagos via Slovenia, Turkey, Ireland, Wales and more.

Special thanks to James Prosek for the beautiful illustrations and to Jon for a talk that is both amusing and enlightening. 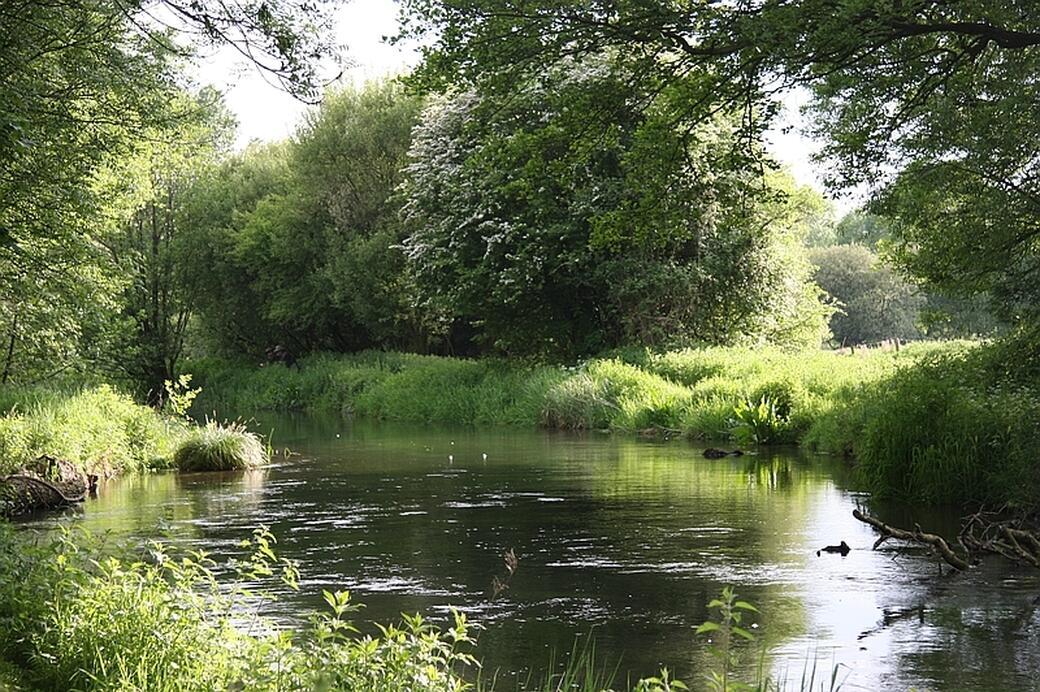 This recent report, Chalk streams of the future: The effects of climate change on biodiversity in England’s iconic river ecosystems is an easy-to-read summary of the challenges that our chalk streams face, with climate change compounding the impact of multiple pressures including physical modification, pollution, over abstraction and invasive species.

One of the key objectives of WTT’s ‘in river’ habitat projects is to build resilience to these challenges. Simple but effective measures that we use include using bankside vegetation to provide shade and act as a buffer to limit sediment and nutrient inputs, using woody material to help create a sinuous channel with pools and riffles and clean gravels and taking more radical action to restore natural processes – see video below.

Thank you so much to all those who donated this year's fabulous prizes - Sage, The Peacock at Rowsley, Weston Farm Fishery, the WTT and Adrian Latimer - and to everyone that kindly bought numbers, enabling us to raise a record and fabulous £11,318 !

The Zoom Christmas Get-Together with Jon Beer's talk and the draw was very good and enjoyed by around 60 WTT members. Jon's talk will be available via a link soon which we will publish. 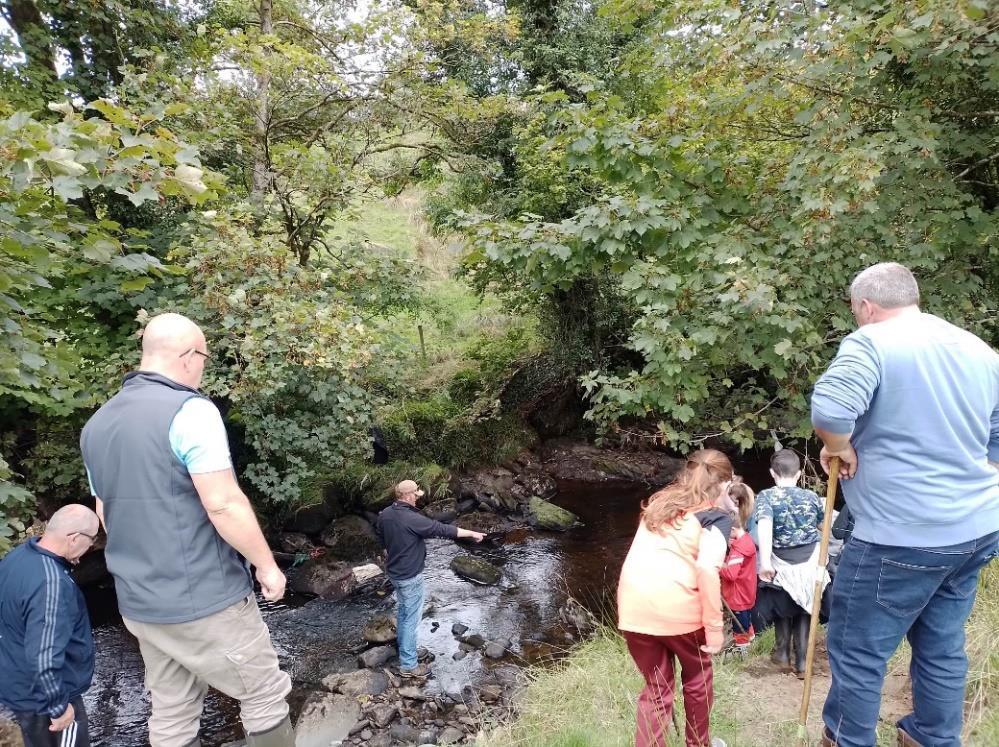 The Wild Trout Trust will be delivering a habitat workshop on a tributary of the River Aln in Northumberland (location TBC), supported by Northumberland Rivers Trust and the Environment Agency, funded through rod licence sales and the Fisheries Improvement Programme.

The event will entail a river walk and talk to identify habitat issues currently affecting the river and general discussion around habitat management and improvements. The event is planned with local anglers in mind but is open to anyone that would like to understand more about riverine habitats.

The effect of pollution on river ecology 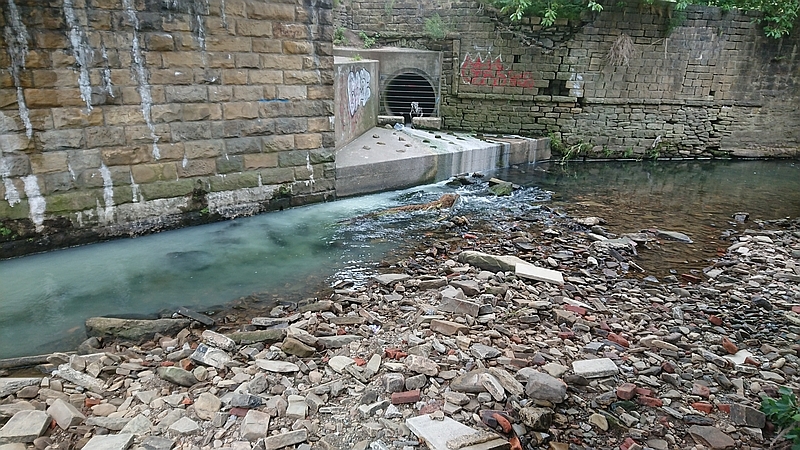 Pollution from sewage outfalls and from farming is, quite rightly, causing outrage in the media. A major pollution event will cause fish to be killed, but what is the impact of chronic pollution on our rivers?

Researchers have been awarded funding by the Natural Environment Research Council and the Department for Environment Food and Rural Affairs from the £8.4 million understanding changes in quality of UK freshwaters programme to investigate how pollutants enter, leave and interact with rivers and supporting ecosystems. Research projects will also determine how the movement of pollutants will be modified with changes in the water cycle and create better tools to monitor and measure pollution.

Five projects are being funded, with two led by the Centre for Ecology and Hydrology. 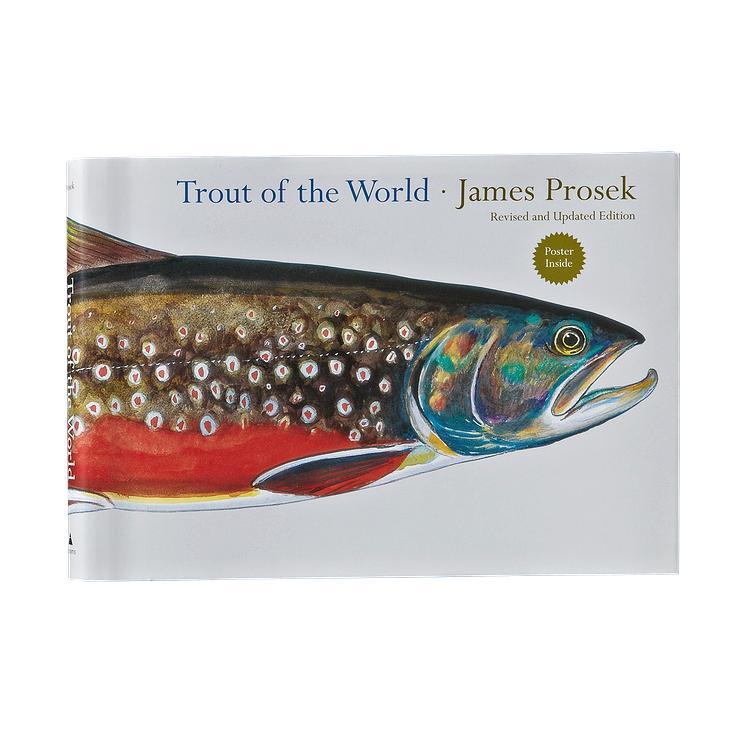 WTT President and writer, Jon Beer, will be giving a talk and answering questions at our Zoom Christmas Get-Together, followed by our raffle draw.

The talk starts at 7pm on Thursday 8 December and will last for half an hour or so, followed by questions and then the raffle draw.

The title of the talk is 'So many trout – so little time' and is a tale of intriguing people, places and trout, illustrated with the beautiful watercolours of James Prosek from his book, Trout of the World.

The Wessex Rivers Trust and Wild Trout Trust have won an award for their project on the Upper River Test. The award was given by Vitacress at the recent Chalkstream Headwaters Forum.

In the video below, Mike Blackmore of the Wessex Rivers Trust shows what a huge difference the project has made, turning a canal like stretch of the Test into a sinuous, dynamic river. It's really interesting to see the before (2019), during and after shots of the river. 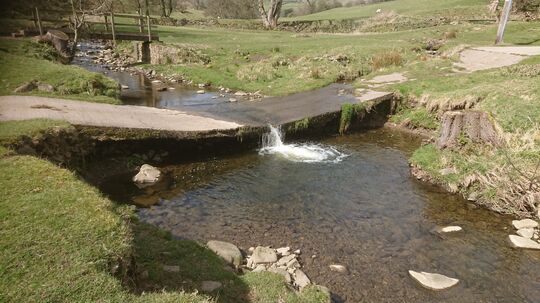 Earlier this year, Research & Conservation Officer, Jonny Grey, was awarded funding from the Yorkshire Water Biodiversity Enhancement Programme for a project very close to his heart.

Lothersdale Beck is an Aire headwater and an important tributary of the Eastburn Beck system, a major flow contributor within the Upper Aire so any work to slow the flow and improve water quality ‘at source’ is obviously very valuable. 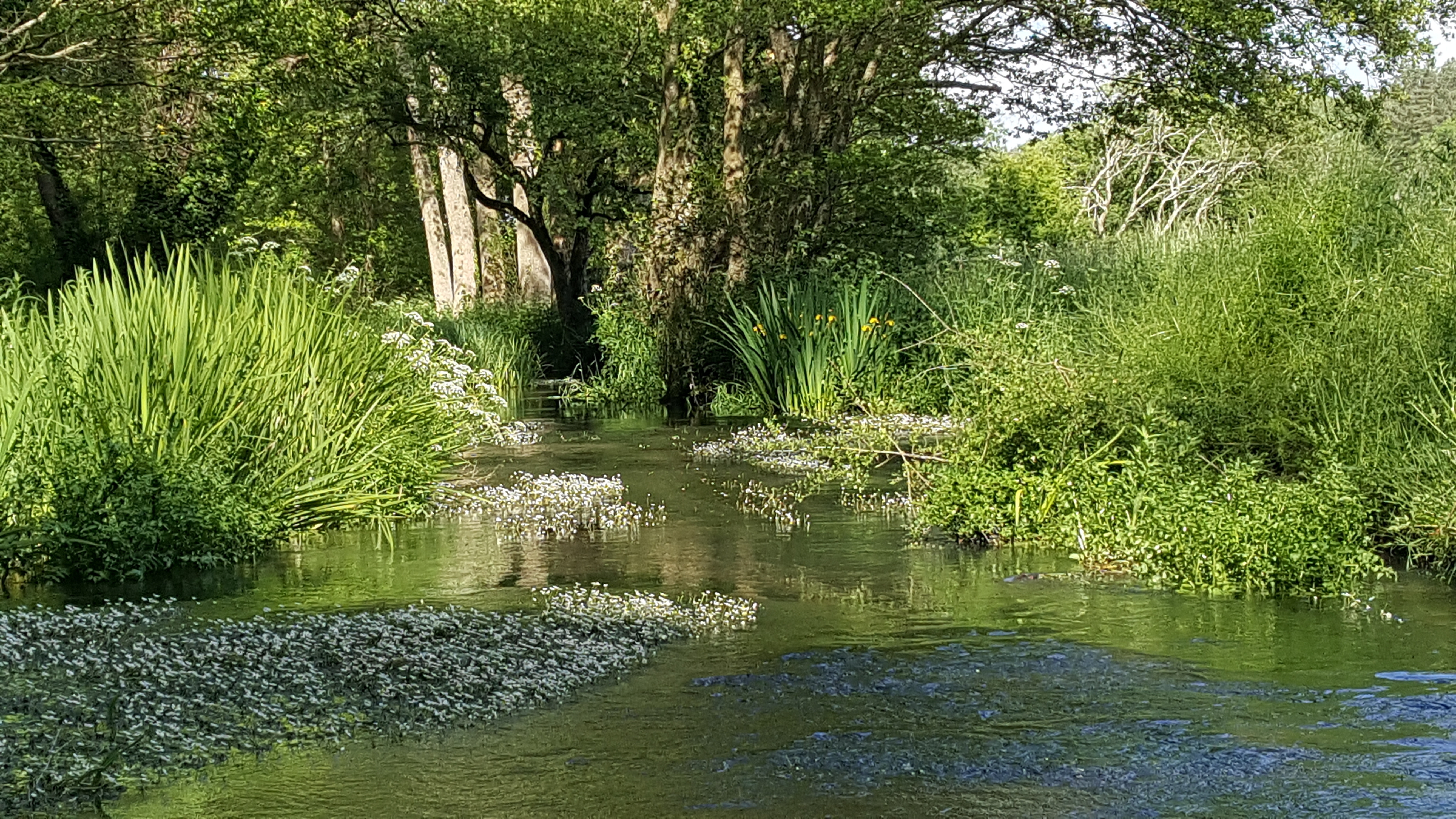 A plan to restore our chalk streams to health has been published by the Chalk Stream Restoration Group. This group is hosted by the Catchment Based Approach (CaBA) and is chaired by WTT Founder and Vice President, Charles Rangeley Wilson OBE.

'It’s not a once-and-for-all fix-all, but I do think it marks a step-change in our collective attempts to restore good ecology to our beleaguered chalk streams. 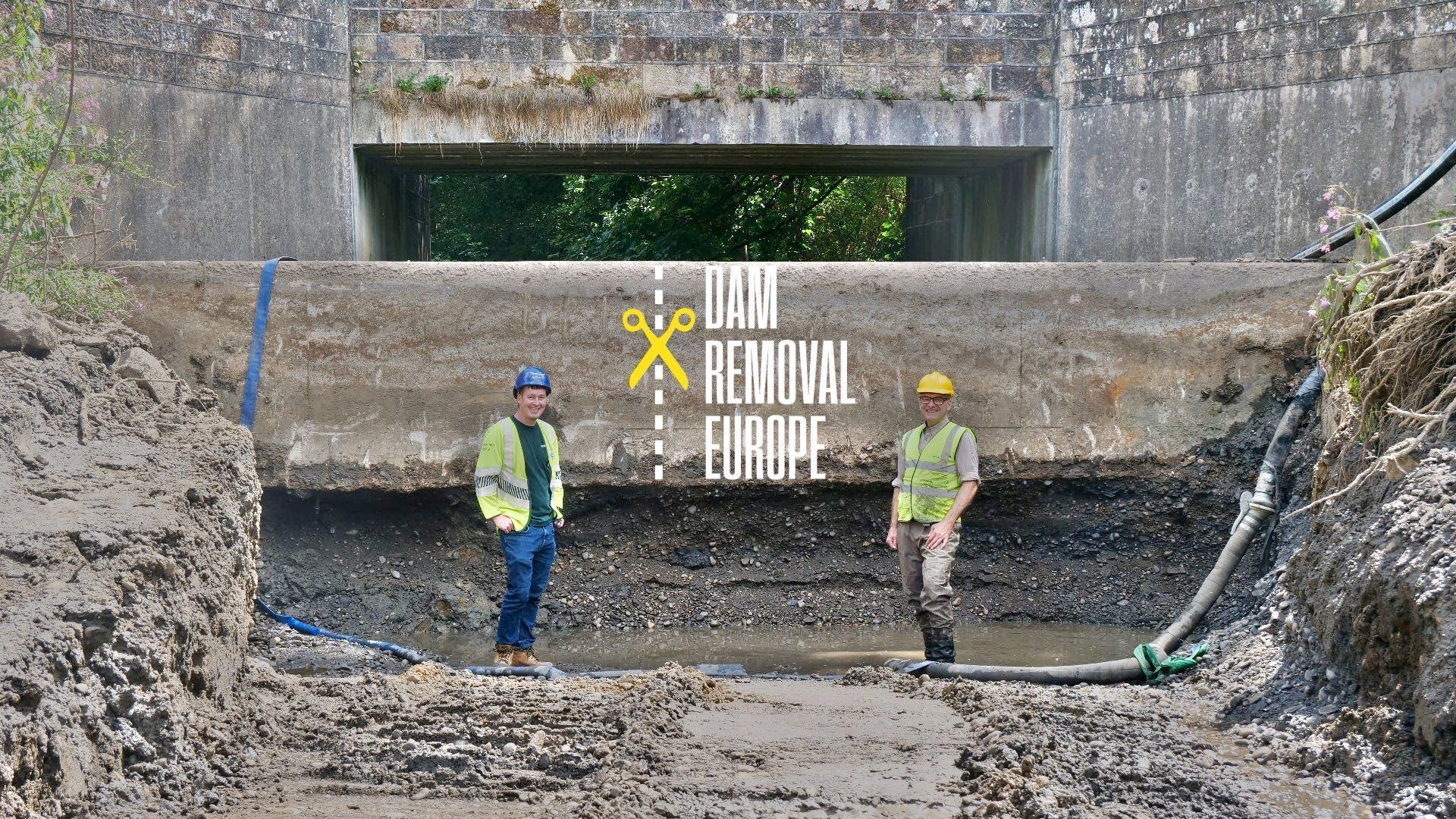 A major barrier to fish migration has been removed from the River Ecclesbourne in Derbyshire. The 2.5m-high weir at Snake Lane in Duffield, near Derby, was built in the 1970s during a flood alleviation scheme, replacing an older structure at a former corn mill. The weir was impassable to fish, but the recent appearance of Atlantic salmon below the weir renewed the impetus to tackle the problem.

Salmon have begun to return on their annual spawning run via the Rivers Trent and Derwent, after previous fish passage improvements at weirs on those rivers. In addition, the restoration of fish passage at this site reconnects the fish populations of the River Derwent and River Ecclesbourne, the confluence of which is less than a mile downstream, benefitting grayling, trout, barbel, chub, dace, minnow, bullhead and brook lamprey.

The works to remove the weir took place between July and October this year, the culmination of planning and design work which began in February 2019. Following a fish rescue, the river was diverted around the site via a secondary channel (a legacy of the corn mill) allowing work to take place in relatively dry conditions. The reinforced concrete weir was cut into chunks using specialist diamond cutting equipment resembling ‘cheese wires’, allowing the sides to be left intact and the adjacent bridge and walls to remain undisturbed.

WTT Research and Conservation Officer, Professor Jonathan Grey, recently spoke to a meeting of the Friends of the Dales at their 'From Peat to Paddling - What Is A Healthy River? conference held in September 2022.

The title of the talk is 'Wharfe Woes and Trout Tales' . Jonny covers the trout lifecycle, habitat requirements for each stage and the bottlenecks which prevent trout populations from reaching their potential with particular focus on the River Wharfe and other rivers in North Yorkshire. These rivers are used to illustrate how rivers 'work' with natural processes of erosion and deposition and linkage to the floodplain.

The talk was recorded at a live event so there is some background noise at the start until the audience settles down.

In 2019, an Environment Agency report on pollution from farms on the River Axe in east Devon painted a damning picture, describing a river “abandoned” to polluting farms

Now, another Environment Agency report, this time from North Devon, paints an equally grim picture of illegal pollution and a lack of policing of the dairy industry, with farmers making “business” decisions to expand production at the expense of the environment, safe in the knowledge that they will be extremely unlucky to face any sanctions from regulators. This appears not to be an issue of the odd rogue farmer – it’s widespread - see also this even more recent investigation from Wales

There’s a common theme: little or no policing by Govt agencies.In August 2021, Defra announced increased funding for farm inspections in England, then, according to its CEO, Sir James Bevan, told the EA and its new team of inspectors not to enforce the very rules it had introduced to protect our rivers.