Location and channel length improved: The River Nidd, North Yorkshire at the head of the Nidd Gorge between Scotton and Bilton. 18km of unrestricted access along the Nidd, extending to ~35km including access into numerous tributaries.

Issue: A former mill weir which was in situ for >200 years, the redundant structure was 75m wide and 4m high, a major barrier to fish movement ranked 2nd on the Nidd in terms of priority for addressing fish passage. It had impounded the river, thereby drowning out quality habitat, for >800m and trapping hundreds of tonnes of gravel and cobble, starving the reaches downstream. Partially breached in 2018 by spate flow, the structure was clearly deteriorating and presented a safety risk to people accessing it, as well as a concrete-capped eyesore in an area of natural beauty.

Method: Weir was breached during spates in Dec2018 but remained a barrier prone to even further blockage and maintaining a head across the structure of ~2m. The trees blocking the breach were removed to drop the upstream water level. Access ramp was created on the true left bank to allow plant onto the weir. Sediment traps of Terram and straw bales were installed. The concrete crest was breached to the true right bank initially to separate the weir structure from the bank and the land of The Woodland Trust. This was partially for H&S and deemed to be the natural flow path of the river. Material was retrieved to a central ‘island’ for sorting: stone robbed from the river; clay, concrete, and dressed stone. Two 8-tonne plant worked as a team to break up the crest and shift material. A 14-tonne machine was brought in later to shift large concrete blocks intact to bolster and repair damage to the left bank. Dumpy bags were used to block the breach to the left bank and access ramp, thereby returning flow to the right bank. Clay was removed and disposed of on the left bank. Dressed stone was used to create revetment to the left bank to block off the old mill leat, effectively fronting and burying the concrete. Stone originally robbed from the river was to be retained in situ, to allow the river to redistribute it naturally. Access ramp was blocked with dressed stone upon retreat and backfilled. Left bank reparation included top-soil & mixed grass seeding

Partners: The owner of the structure at Low Mill, and with the backing of the Woodland Trust & Yorks Dales Rivers Trust 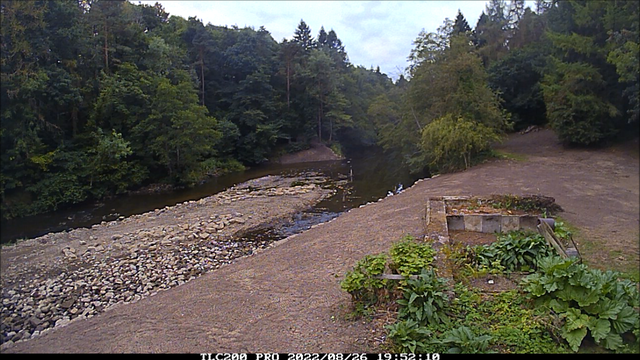 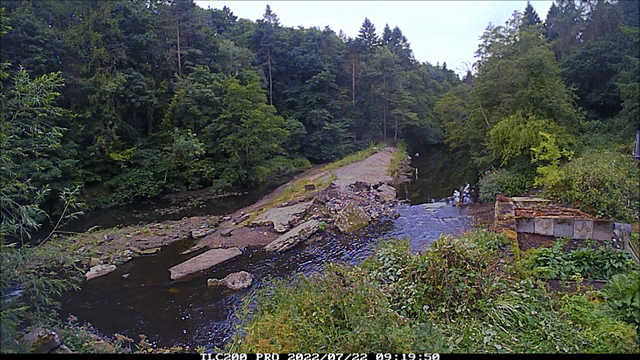 Despite the scale of the barrier, this was a relatively simple project: 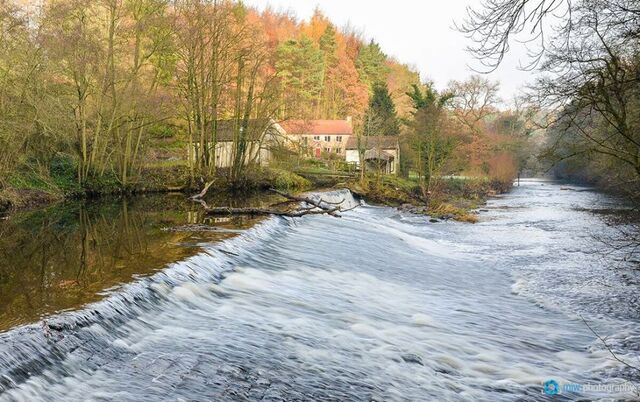 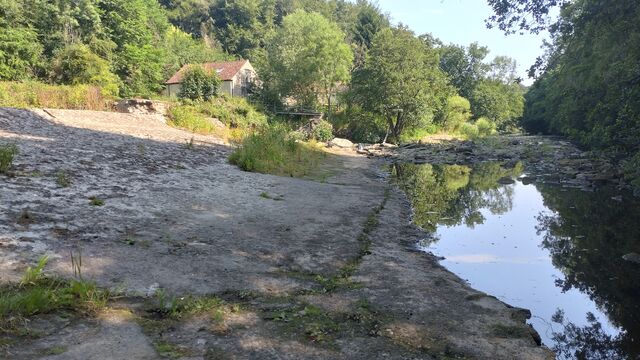 July 2022, degraded after the collapse of the sluicegate but still impeding fish passage 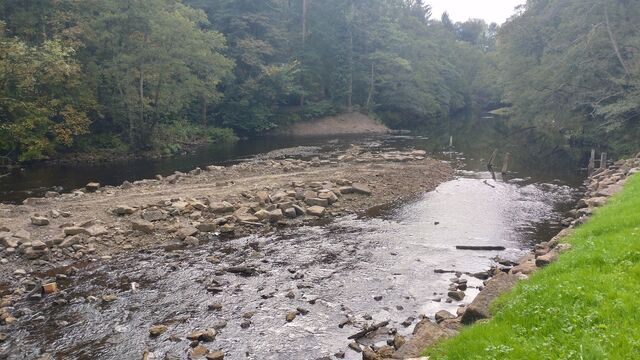 Finally, after ~4mo with very little rain, a modest lift in mid-October returned the river to more typical flow around the mid-channel bar (and helped the grass seed establish!)
Share