Note: beavers do not each fish. Information about beavers is available on the Beaver Resource Hub

A number of animal species prey upon wild trout — mammals (e.g. otter, mink), birds (e.g. cormorants, sawbill ducks) and other fish (e.g. pike, larger trout). Predation is just one of a complex of natural factors impacting on wild trout populations; for many populations the effects of unsympathetic land use, poor in-river habitat, low water quality and water quantity, and poor river management regimes will be of greater significance.

WTT recognises that predation can be problematical for fish populations and for fishery interests. From the 1970s through to 2000s, there was an increase in the inland over-wintering population of cormorants and an increase in the geographical range of goosanders, though evidence for the last 20 years suggests that numbers of both have stabilised or even slightly decreased.

Read this article by Andrew Griffiths, first published in Fly Fishing and Fly Tying magazine in 2019.

Unequivocal, scientifically-derived information establishing direct relationships between wild trout and predator populations in aggregate is lacking and difficult to obtain, especially for rivers. However there is anecdote from various parts of the British Isles indicating effects of intense, localised predation pressure from piscivorous birds.

We believe that the primary focus for fishery interests in tackling predation problems should be the creation and maintenance of complex and varied habitat that gives fish a much greater chance of avoiding predators. 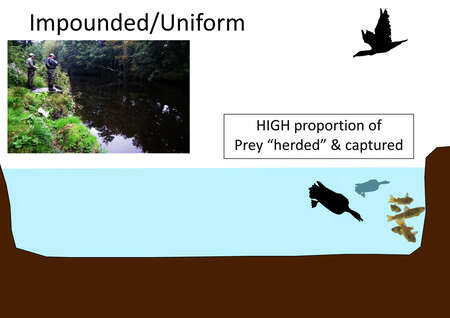 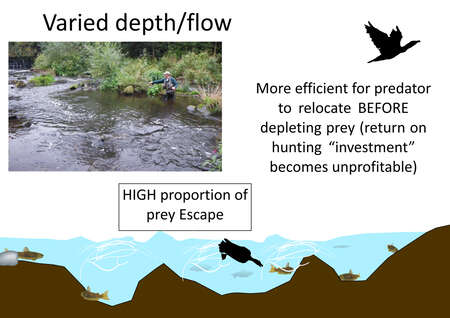 Fishery interests can additionally deter predators through a range of scaring and/​or exclusion techniques, though these may be more applicable to small stillwaters rather than rivers or large lakes and their efficacy relies on persistence and variety of scaring method.