The Environment Agency has announced closure of some of the NE English net fisheries, as part of a suite of measures contained in new byelaws to protect imperilled salmon stocks. Details of the announcment are here. Whilst these measures will hit hard a number of licensed netsmen in the area, the drift net fishery especially seemed anachronistic in the context of salmon populations in crisis. The new byelaw also introduces angling restrictions, with ‘At Risk’ and ‘Recovering’ salmon rivers under mandatory catch-and-release from June 2019 and renewal of the 1998 Spring Salmon Byelaws.

However, we are concerned that NE sea trout stocks will see increased fishing pressure from the T and J nets. The Agency’s own assessments for the NE’s principal salmonid rivers suggests that sea trout may possibly be in a worse state than salmon, yet the trout net fishery continues. The Agency believes that cessation of the drift nets, a shorter netting season and non-replacement of expired licences will see a progressive reduction in the numbers of sea trout killed. We’re working with sister NGOs to try to ensure that sea trout get a better deal. 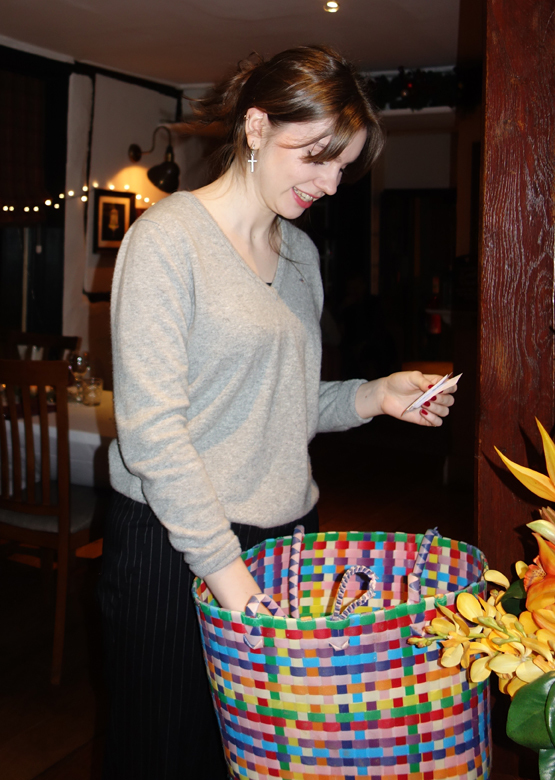 On 11 December, Shaun Leonard, Christina Bryant and few others were at the Ship & Bell in Horndean for our Annual Draw which took place over a glass of wine.

Thank you to all who bought tickets for our annual draw and to our generous prize donors, we raised an incredibly useful £4,598.

The tickets were drawn by Christina’s daughter, Felicity, and the winning numbers are: 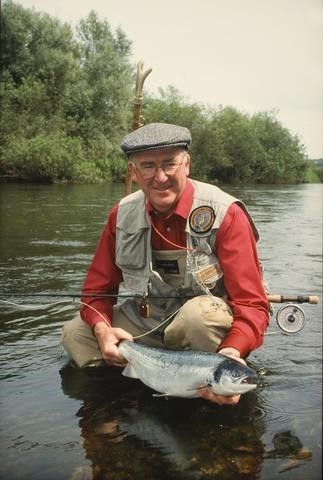 We are sad to report the death of Peter O’Reilly, hugely respected fly fisherman, caster, tier, guide and advocate for wild trout, in his role as a WTT Vice-President. Condolences from all at WTT to Peter’s many friends and family. 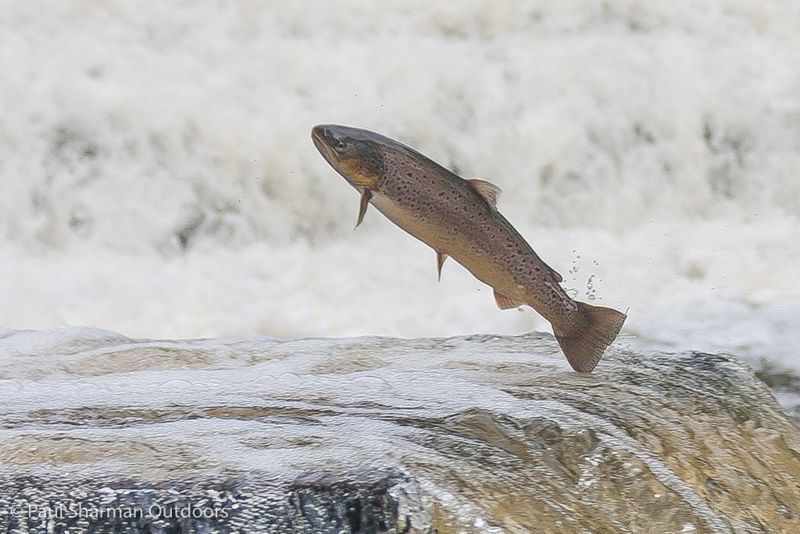 There is a consultation underway regarding net fishing management along the south coast from the Devon/Dorset border to the Hampshire/Sussex border including the Isle of Wight. The proposals will potentially affect sea trout and salmon which may be caught as a ‘by-catch’ in nets targeting other fish such as mullet and sea bass. WTT has responded to the consultation and we would urge others to do so in order to protect our valuable fish stocks.

The consultation is being run by the Southern Inshore Fisheries and Conservation Authority (IFCA) and it closes on 7 December.

UPDATE: The Angling Trust have produced a good, robust response to this consultation and a press release.

We are absolutely delighted that the Garfield Weston Foundation has awarded WTT a grant of £20,000 for a project called ‘Wild Trout Trust Futures’. We’ll use the money to fund parts of our core work of advice and project delivery. For example, we will invest some time in understanding the impact of our work by carrying out post-project reviews and ‘lessons learned’ and communicating the impact of that work to a wider audience; we’ll look too to where our conservation role might be in future years. 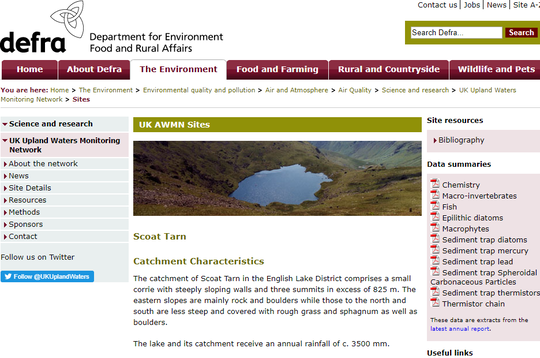 Long-term monitoring data give scientists the power to detect and attribute the underlying causes of environmental change, to sift out real trends from amidst the noise. Unfortunately, maintaining funding for long term monitoring is tricky.

Save our Rivers & Lakes!

The WTT's focus is on practical 'in river' projects and advice but we do recognise and support those who campaign on behalf of our rivers. A coalition of the Angling Trust, Fish Legal, WWF-UK and The Rivers Trust is launching a new initiative in 2019 to make our rivers and lakes better, through advocacy, legal action against wrong-doers and practical improvement projects. A fundraising campaign has started for the work, with an online auction and black tie dinner on 29 January 2019 at Fishmongers’ Hall, London. Further details, including tickets for the dinner or options to donate to the cause HERE

A fourth part to the trilogy? 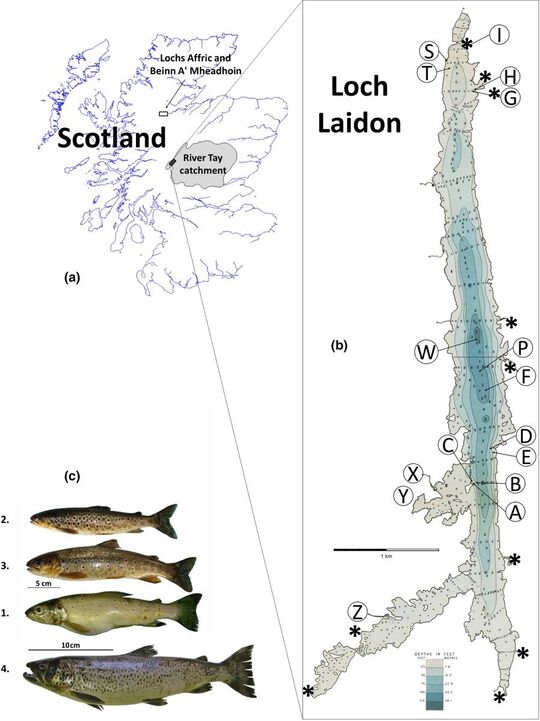 Did you know that the freshwaters of the world cover only ~0.8% of the Earth’s surface, yet are home to ~6% of its species? From a conservation perspective, it’s important to appreciate exactly what we have got before we go about identifying how to protect or manage habitat for it. It’s a challenging enough problem for scientists studying terrestrial animals, let alone those hidden beneath the surface of the water. Added to that, aquatic species often exhibit less obvious differentiation in external characteristics (ie they tend to look the same), hence the term cryptic speciation. 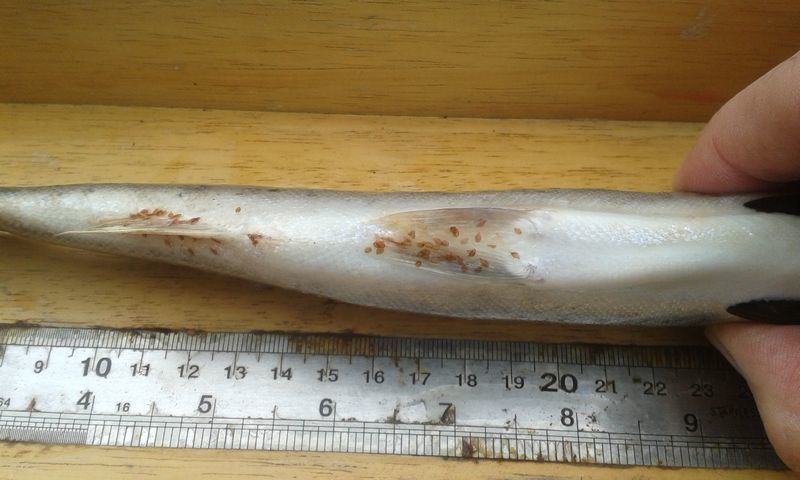 The Rural Economy & Connectivity Committee (REC) of the Scottish Parliament has today published its report into salmon aquaculture, noting amongst many issues the impact of the industry on wild salmon and sea trout and the lack of regulation to mitigate for those impacts; REC calls for urgent action on appropriate siting of farms, adequate control of sea lice and medication and the need to protect wild fish, all points raised by WTT in its response to the Committee earlier this year.

The REC report follows on from a previous report of a different Scottish parliamentary committee (the Environment, Climate Change and Land Reform Committee, ECCLR) saying very much the same thing. Both reports, and further evidence highlighting the impact of salmon aquaculture on wild salmon and sea trout,  are available on the Scottish Parliament’s website.

Well done to Salmon & Trout Conservation Scotland for the pressure it has applied, and continues to apply, on Scottish Government. We can only hope for a decent response from both the Government and industry, too long poorly regulated and poorly performing for the environment and our wild fish.

The Monnow Rivers Association has recently issued this excellent newsletter. Many of the issues mentioned in the newsletter are common to lots of rivers, so it is interesting to read even if you are not familiar with the Monnow. The MRA’s work to tackle the huge Himalayan balsam problem is heroic and inspirational.

Agricultural pollution is having a major impact on our rivers. Many anglers see the problems but are frustrated that not enough is being done to tackle them by the relevant Government agencies. We would encourage everyone to support the Salmon and Trout Conservation UK campaign to report incidents via their incident map as well as through the relevant agencies for each country (EA, NRW, SEPA). 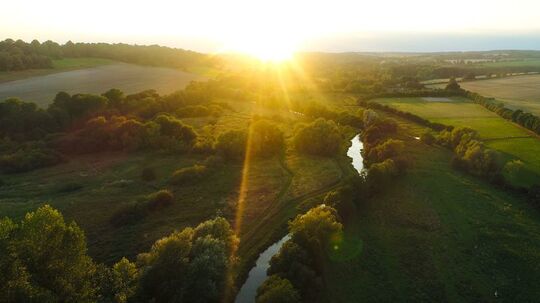 In 2014, the Eastridge Estate on the River Kennet in Berkshire (with Windrush AEC) won a WTT Conservation Award for a large-scale project that improved in-river habitat, fish passage and wetland meadows. Now, a beautiful video, produced by Chalkstream Fly, highlights the ongoing work and ethos of the Estate.

We are gathering lots for our Spring Auction!

If you, your club or syndicate would like to donate a fishing day, please get in touch with Denise: dashton@wildtrout.org. Flies, books, art and unusual lots also very welcome.

The auction is a big event for us, not only raising valuable funds to enable us to deliver habitat improvement work, but acting as a showcase for a huge range of fishing opportunities. Our aim is to make the auction accessible to all, with plenty of affordable lots as well as top class fishing at home and abroad.

The auction takes place 8-17 March but we have started to build the catalogue of what should be 300 or so lots now. More details on our auction page. 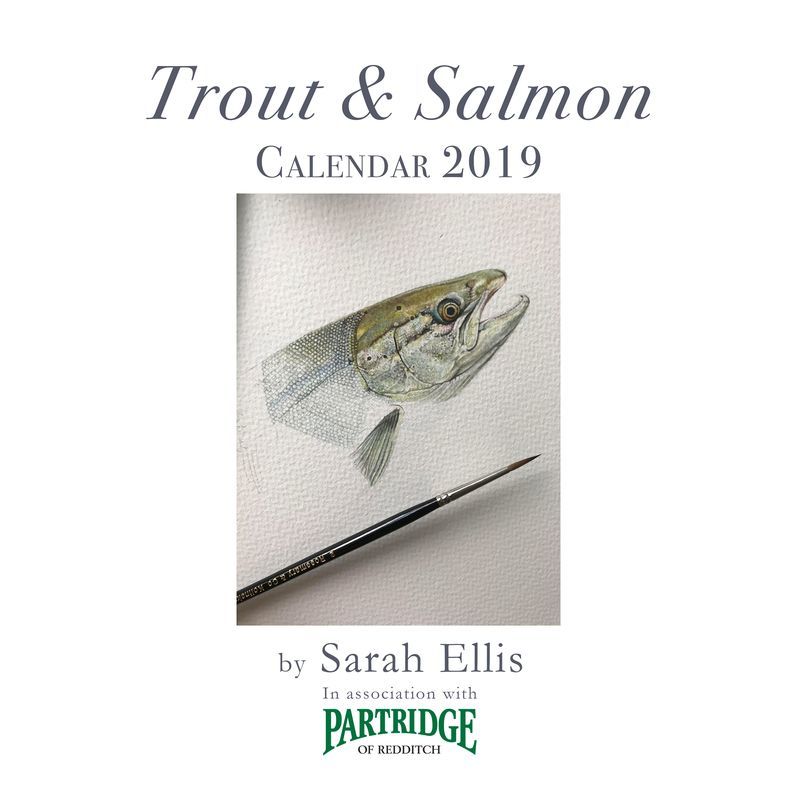 Partridge of Redditch has teamed up with the talented local artist, Sarah Ellis, to produce a beautifully illustrated Salmon and Trout calendar for 2019!

Limited stock, order now to receive your calendar just in time for Christmas! A donation of 50p from every sale of the calendar will be made to the Wild Trout Trust.

This calendar will be available from Glasgow Angling Centre, Sportfish, Sarah Ellis or from the Partridge of Redditch website.

'Tis the season to be spawning 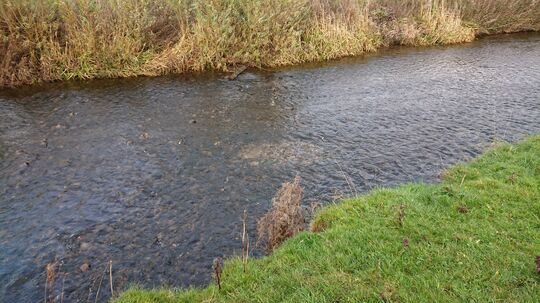 News from the north.… WTT Research & Conservation Officer, Jonny Grey, reports that brown trout are beginning to spawn on the Aire in Yorkshire. The noteworthy aspect of this is that the majority of redds so far have been found within the reaches that he has been working with Bradford City AA to improve.