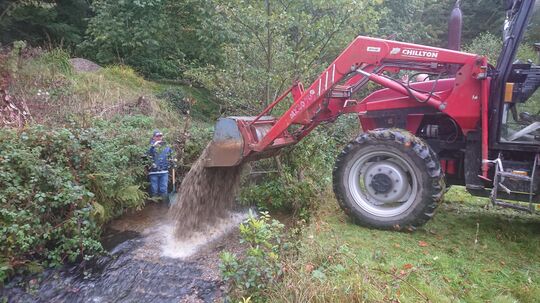 A part of Jonny Grey's role as a Professor in Practice is to forge links with the academic community and facilitate research projects. It was serendipitous timing last year when Lizzie Thomas contacted WTT, asking if we had any data relating to our numerous restorations - Jonny's 'TROUT project, Tackling Resilience On Underperforming Tributaries, was just beginning to bear fruit. Lizzie is a Zoology graduate from the University of Southampton and has just completed her MSc research in Ecology, Evolution and Conservation at Imperial College, London. She was particularly interested in understanding the effects of habitat restoration on salmonids given their ecological and economic value and, here, summarises the findings from her thesis.