A number of my blog posts have featured Eastburn Beck. It’s my pet project because it is the first that I cut my teeth on after moving to Yorkshire, because I live overlooking its headwaters and hence it is a very easy and accessible site for me to monitor. It is also exciting because it has ably demonstrated the value of partnership working, and how with critical mass, relatively small habitat improvements are snowballing both up and downstream from the original work plans as word spreads; this is quite typical for projects that the WTT is involved with! 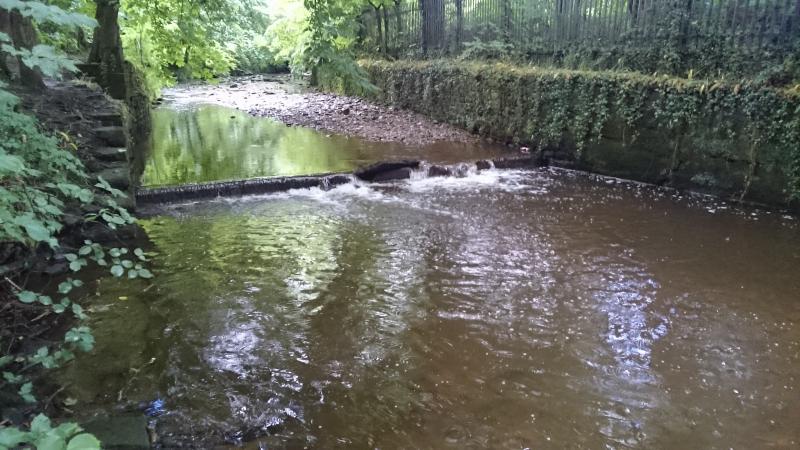 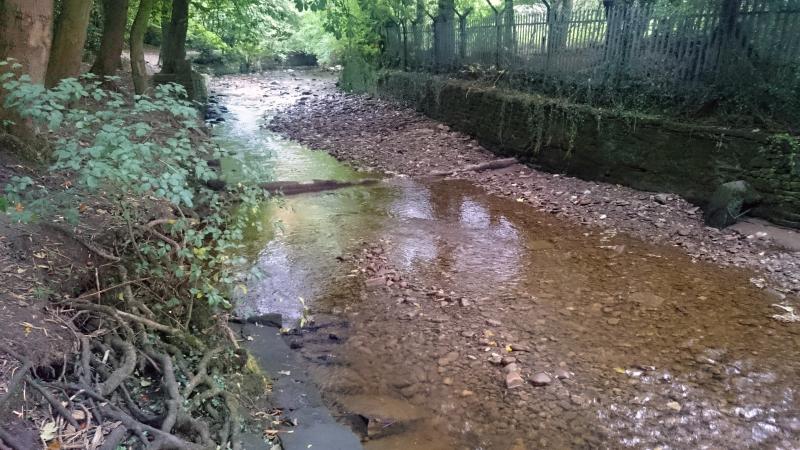 Pre & post some weir notching we undertook on Eastburn Beck at Lyndhurst Wood. The channel width is narrower with more natural pool, riffle, and depositional features

To date, the project has involved me (WTT), the Environment Agency (via the powerhouse that is Pete Turner), Yorkshire Wildlife Trust, Bradford Environmental Action Trust, the Woodland Trust, Aire Rivers Trust, and Green Port Hull, as well as some very cooperative local land / structure owners. It has attracted a reasonable amount of media coverage too: Craven Herald, Keighley News, a colour spread in the Yorkshire Post magazine, and in Fieldsports magazine (the latter two instigated by top WTT chum, Andrew Griffiths). It was even the feature of Pete Turner’s first ever blog!

So, I can’t say that I’ve seen it through to completion – when can we truly say that a river or stream has been completely rehabilitated to a pristine condition with the number and diversity of stressors acting upon them nowadays? It’s a job for life! However, I can say that the Beck is slowly returning to some version of the right track and hopefully you can follow its continuing evolution through these blogs. Check out the green tabs at the bottom of this post which will link you via key words (connectivity, weirs etc).

I’m currently working on a fish easement for the shallow 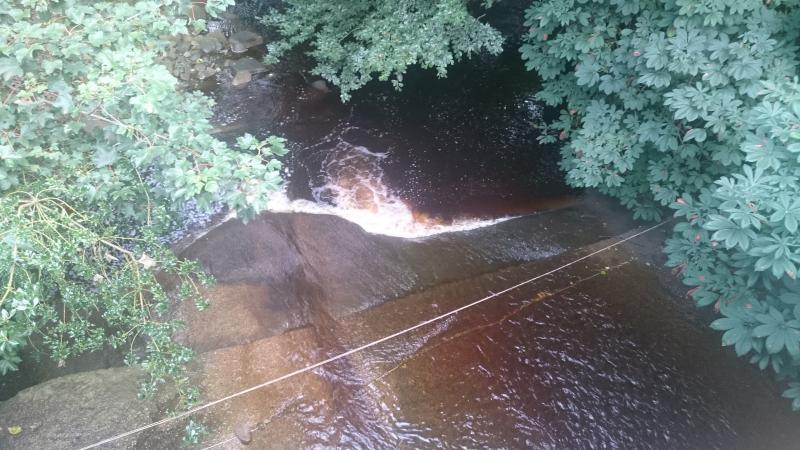 concrete sill of a road bridge next to a former mill. More connectivity issues – see the recent news item for how often these crop up in WTT Conservation Officer workloads. This particular phase of work has been supported by funding from Green Port Hull, via a grant awarded to Aire Rivers Trust & WTT. There are several kilometres of becks and trickles with reasonable to good quality spawning habitat availability above this obstruction, so it is a likely bottleneck on the system limiting trout population potential. It is not classified as main river but one still has to apply for consent to install any structures which might affect flow and perceived flood risk; in this case, North Yorkshire County Council were very cooperative.

Prior to any installation however, the scientist in me was keen to assess just how much of an obstruction this particular weir and culvert combo was. Cue a call to those good folk at Ribble Rivers Trust and in particular Mike Forty (another name you might recognise from a past blog on making connections). Mike carefully set up a pair of telemetry loops at the lower and upper end of the culvert, and then together we spent a day electrofishing to capture trout from upstream. A total of 25 fish were tagged with Passive Integrated Transponders (PIT-tags) and released into the pool immediately downstream of the weir. The premise is that these fish that have been displaced will attempt to return to their ​‘preferred’ location upstream; there is a scientific basis for this – see Mike’s report. 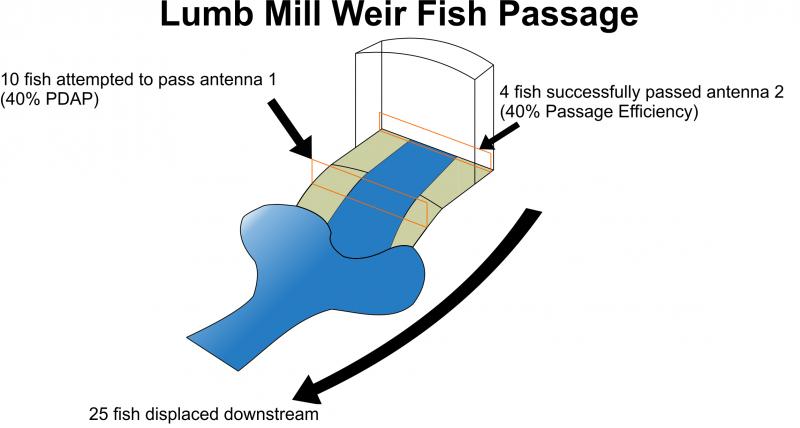 The headlines are that 40% (10÷25) of the trout were recorded as attempting to jump the weir, and of those there was a passage efficiency of 40%; in other words 40% (4÷10) of the trout that attempted to get up and over the weir and into the shallow water in the culvert did eventually make it upstream. I say eventually, it took those 4 fish an average of >10 minutes to negotiate the culvert. Interestingly, it wasn’t the larger fish that made it either, so perhaps the depth of water was insufficient for those larger fish. Despite some difficulties with the study, including a flash flood of epic proportions (2nd highest level ever recorded – typical), Mike and I are in agreement that the structure is a considerable obstruction to fish passage, let along geomorphology!

Now that passage (or lack thereof) has been assessed prior to any interventions, I can proceed with installing some oak baffles and a baulk to focus flows and increase the depth across the sill, whilst providing slack water refugia en route for fish to recover if required. Watch this space for future updates.