‘It’s humbling to see the work that goes into these projects, so much of it voluntary and unheralded. There’s truly inspirational stuff in every single project, from fishing clubs changing the way they manage their river, others delivering really complex, multi-faceted improvements, still others removing vast quantities of agricultural waste, rivers trusts managing huge-scale civils work and government agencies pulling lots of partners together to make rivers better.

The winners of this year’s awards are:

Hutton Rudby Fly Fishing Club is a small club with fishing on the River Leven in North Yorkshire. Over the past 30 years, and in partnership with (at various times) the Environment Agency, Tees Rivers Trust and WTT, the club has transformed its management of the river.

In 2009, a carefully-monitored logbook scheme was introduced to track the performance of stocked trout, revealing that very few were caught and much money wasted! The club decided in 2010 not to stock any longer, a decision carried through to today. In addition, a number of barriers on the Leven have been eased, habitat improved with woody debris, considered tree management carried out, Ranunculus successfully transplanted and invasive plants (Himalayan balsam and giant hogweed) tackled, including working with CABI on balsam rust trials: early signs suggest success. The members logbook scheme has revealed interesting information not only on catch rates and thus the fishery performance, but the trout population too; effort-normalised catch rates indicate a progressive rise over time. The logbooks also provide detailed information on when, where and how much members are fishing – all useful for the management of the club and its waters.

The club’s stated aim is to ​“work with nature to create as near as possible a wild fishery supporting a good population of naturally sustainable brown trout” and a survey of members (current and lapsed) indicates a high degree of buy-in and success with this aim. Hutton Rudby’s work has inspired other angling clubs, locally and nationally and featured in articles in the local and national press, EA and WTT publications.

Not only do the brown trout appear to appreciate the club’s work, grayling appear to be doing well and the habitat improvement is proving of benefit to many other species, including otters, kingfishers, dippers and herons.

The WTT judges appreciated the comprehensive application from the Hutton Rudby club, including excellent data on members’ catch returns. The judges viewed the club as open to their members and new ideas, with a willingness to share, to be informed and inform others, including the community’s youngsters. The club has fully bought into the ​‘wild’ philosophy in its management of the river, with strong local support; they are seen as the river guardians by their community.

Photos below, left to right: Andy Stott and John Gifford receive their prize from Tony Juniper. 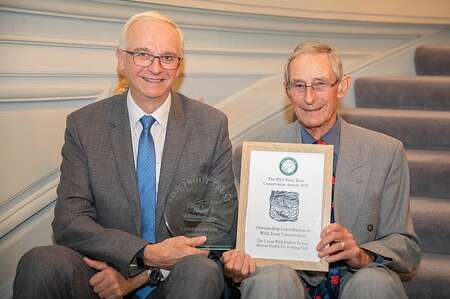 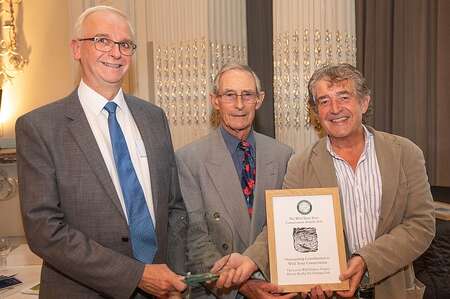 Both the Test and the Itchen in Hampshire are conservationally-significant chalkstreams, officially classified in ​“unfavourable condition”. The objectives of the Test & Itchen River Restoration Strategy, led by the Environment Agency, are to determine the impacts of physical modifications (past and present) on the form, natural processes and ecology of the rivers, then to provide an outline restoration plan for the river on a reach by reach scale and do the work where possible. The focus of any restoration project within the Strategy is to ensure the condition of the habitat rather than the preservation of the species directly, with the principle being that good chalk stream habitat and unconstrained natural processes is more likely to support characteristic flora and fauna.

The Strategy was introduced to local landowners and fisheries interests in October 2012, with a series of events leading to its launch in March of the following year. Working collaboratively with these stakeholders is imperative to the success of the project, with early partners coming from famous fishery interests on the Test. In some cases, hearts-and-minds have been won over slowly, as long as 20 years, from project inception to implementation.

The Strategy and its project are part-funded now by the Environment Agency’s Flood & Coastal Risk Management function, with financial input for the first years from Natural England; project partners are expected to 50:50 fund the work, though a number of riparian owners have contributed more. Over £1M has been spent to date, 60% (all cash) from the 26 contributing owners. One aspect of the Strategy, costing little or no more money, is to encourage more sensitive management of the river by, for example, reduced mowing and cutting of the banks; a poll of river keepers suggests that over 60km of Test bank length alone are now managed more sensitively.

A range of techniques have been used including barrier removal, channel narrowing and the addition of woody material and gravel. Eight barriers and 1km of steel and wooden sheet piling have been removed, 16800 tonnes of gravel added and 40 hectares of flood storage created; in total, over 10km of river has been significantly restored. Monitoring is being undertaken by EA survey teams, Southampton University and Sparsholt College and information disseminated through the River Restoration Centre and a variety of local routes.

WTT judges appreciate the breadth of this project and the socio-political context in which it has succeeded and is producing beneficial change for these iconic chalkstreams. The range of techniques and the scale of some individual projects is impressive; the role of the project manager and his relationships with local stakeholders, crucially with the riverkeepers, is noteworthy, producing physical improvements and a cultural change in how these rivers are perceived and managed. 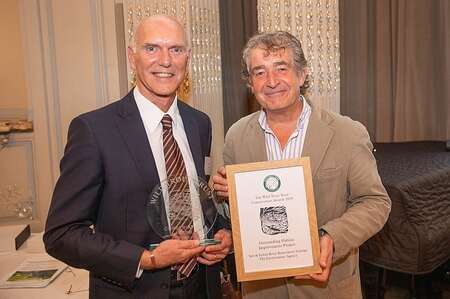 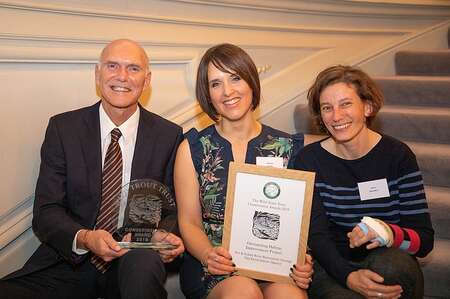