Although not exclusive to chalkstreams, man-made distributaries, loops or carriers pose many fishery owners and managers with difficult challenges, particularly when the flow into their particular system is controlled by a top-end hatch or weir. These challenges can be much more problematic when said hatch is owned by a third party. If your club is lucky enough to have rights over the main channel, as well as the carrier, then great, but many do not and it’s always a surprise to me that so much harmony exits, particularly in the chalk stream valleys, where water is often split between two, three or even more parallel channels.

Of course, there are exceptions to the gentlemanly code of agreeing who gets what. Some of these disagreements end up as long-running disputes that never seem to get resolved, maybe even leading to expensive civil court cases and the establishment of legal covenants, attempting to set out where the water will flow. Unfortunately, many of these settlements are based on agreed water levels at known locations and are rarely set up to provide the best ecological outcome. As we all know, water level only has a tenuous link with water flow. 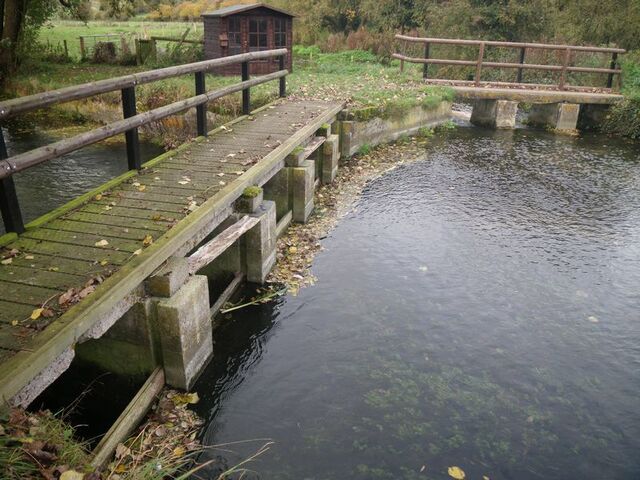 A typical system of hatches on the River Test in Hampshire

Generally, when hostilities break out, it is usually linked to a perceived lack of summer water, often manifesting itself following a drier than average winter. What also surprises me is that disputes over an equitable share of available flow rarely flare up when an equal share of the high winter flows are denied! The perception is often that the winter ​“bank-full” flow will damage soft vulnerable banks, wash-out redds and leave water-logged banks that render spring-time fishing a challenge. All true to some extent, but carriers that are denied any vigorous flushing flow are also going to be vulnerable to increased rates of siltation and aquatic plant encroachment.

What happens on many carriers is that they are denied an increasing share of winter flows because of the shape and design of the off-take structures, often square-sided brick, or concrete slots dug in the bank, usually with some kind of level control, either drop boards, or an adjustable undershot hatch gate. Occasionally these off-takes are wide, fixed-crest weirs and although these structures often result in the carrier receiving increased winter flow and some channel stability, they are also problematic for fish migration and for sediment transport, which is likely to manifest itself as a problem on the main channel, as well as the carrier.

As water levels rise in the main channel, the percentage share of the available flow drops away in the carrier, resulting in a hydraulic régime that is completely artificial and which doesn’t allow for any of the natural processes that underpin a healthy chalkstream environment. The usual sign of a problem with the lack of a naturalistic flow régime is increased sedimentation and rampant encroachment of emergent plants. In chalkstreams, very fine sediment is not only carried in and deposited but is also constantly being made by the production and subsequent decomposition of plants. This isn’t so much of an issue on spate systems which tend to be a hostile environment for rooted plants but nutrient ‑rich chalkstreams, given sufficient available light, are aquatic allotments: rich, fertile, stable and perfect for plant production. Without vigorous autumn and winter flushing flow velocities, these plants simply compost themselves where they sit, gradually resulting in encroachment. 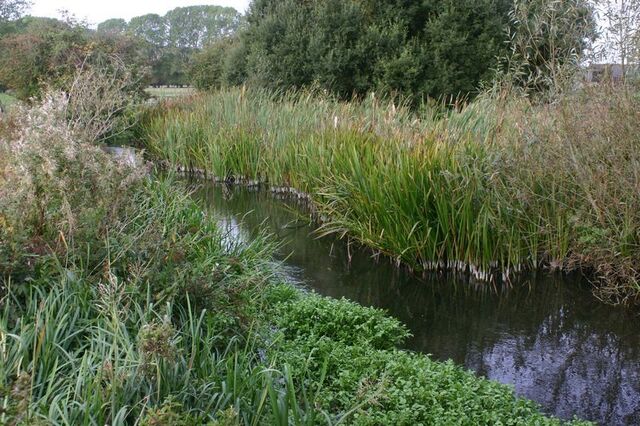 Each carrier will have a point of equilibrium that is dependent on a combination of flow characteristics and bed slope and here lies the rub with many artificial carriers. Usually chalkstream carriers were constructed to feed water into either milling impoundments, many that are long gone, or as a high level ​“drowning” carrier for agricultural irrigation. As the name implies, carriers were constructed to take water from the main channel, usually located somewhere near the valley floor, and to feed it into a system that usually follows a contour that holds the water up above the level of the parallel main channel. By nature, these carriers often lack the natural gradient found in the main channel, although inevitably, many main river sections have often also been modified with water level control structures that were designed to push water sideways into the upstream network of water meadow carriers.

As far as optimum habitat for trout is concerned, this combination of impoundment of main channels and a network of flat-bedded carriers, often lacking any naturalistic flow régime, is the worst possible scenario for wild trout. There is a rather old-fashioned school of thought that suggests that if it wasn’t for man, then we wouldn’t have chalkstreams. Personally, I think this statement is cobblers. Yes, we wouldn’t have chalkstream channels that conjure up images of perhaps a classic middle Test beat but there would still be open flowing channels, albeit, heavily braided, shaded and not as weedy. Even wide, flat valleys have a low point and that’s where the flow would be for most of the time, although there would have been areas where the gradients are modest and when the river would have been a network of dynamic small streams percolating through wetlands. What’s not to like? I’ve absolutely no doubt that salmonids would have thrived in these primeval swamps, as some imagine them to have been pre-arrival of the miller, farmer and piscator. At least the keepers wouldn’t have had to mow the banks!

Now this article isn’t advocating any notion that it is either practical, or even desirable to turn wholly man-made systems into natural ones. However, common sense dictates that a creature like the trout, that for so long evolved in unmodified river systems, is going to benefit from at least some consideration of creating an environment that mimics some of those natural characteristics. A good starting point is to recognise that natural river-shaping principles apply just as much to man-made chalkstream channels as they do to upland spate rivers. River channels that are exposed to the natural rhythms of summer/​winter flow variability will respond favourably with stable channel widths and although it is entirely likely that there will be areas of bank erosion and channel movement, this should be seen as an opportunity and not necessarily a threat.

To create a more natural environment into a man-made carrier will require that the flows entering the channel have more natural variability and this may require redesigning any offtake/​feed structure. A square-sided slot just won’t work. For the carrier to function more naturally, the offtake structure should not have a bed invert or impoundment and must have either stepped, or tapered sides, so that as water levels rise in the main channel then the carrier will receive an increasing percentage of the available flow resource. An offtake that is designed to give a more naturalistic share of the available flow will be far more likely to settle down into a stable environment that doesn’t require constant intervention. 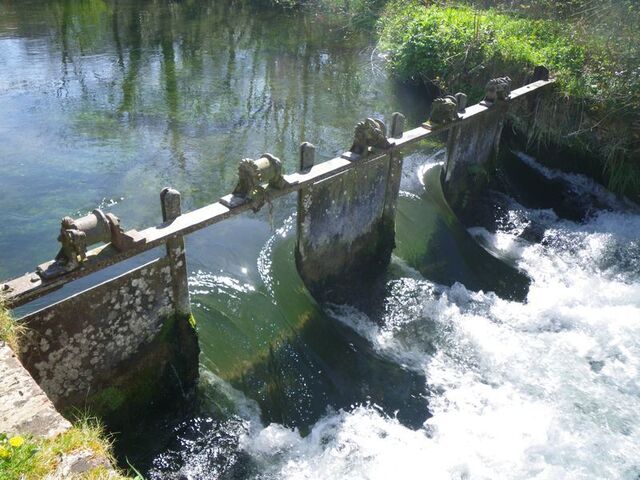 Many carriers are still divided up into sections of linear impoundment. Carriers that were designed to feed water into old milling structures are particularly problematic, as the loss of natural bed gradient is often compounded by the banks being raised or perched. If carriers are to work as spawning and nursery sites, as well as holding sites for adult fish, then it is essential to squeeze every last drop of gradient possible from the system by removing any unnecessary humps in the bed. Man-made fords are a classic issue on flat carriers and can result in hundreds of metres of impounded channel. These can often be replaced with clear span bridges. Expensive but worth it if you can create an improved environment for your trout.

In some locations, I’m afraid there are simply too many parallel carriers for the amount of water that is available. For the benefit of the system as a whole, flow should ideally be prioritised into the low-level channels rather than feeding flat, impounded carriers. In a few places, choices can be made.

If, however you only have access to your own carrier and have some control of the take-off structure, then it is worth exploring options for securing improved winter flows to help fight the battle against channel encroachment.

WTT now has four Conservation Officers in southern and eastern England, covering areas of the country with chalkstreams; if you recognise the issues discussed above, contact one of them for advice and maybe even an Advisory Visit – contact details on the WTT website HERE