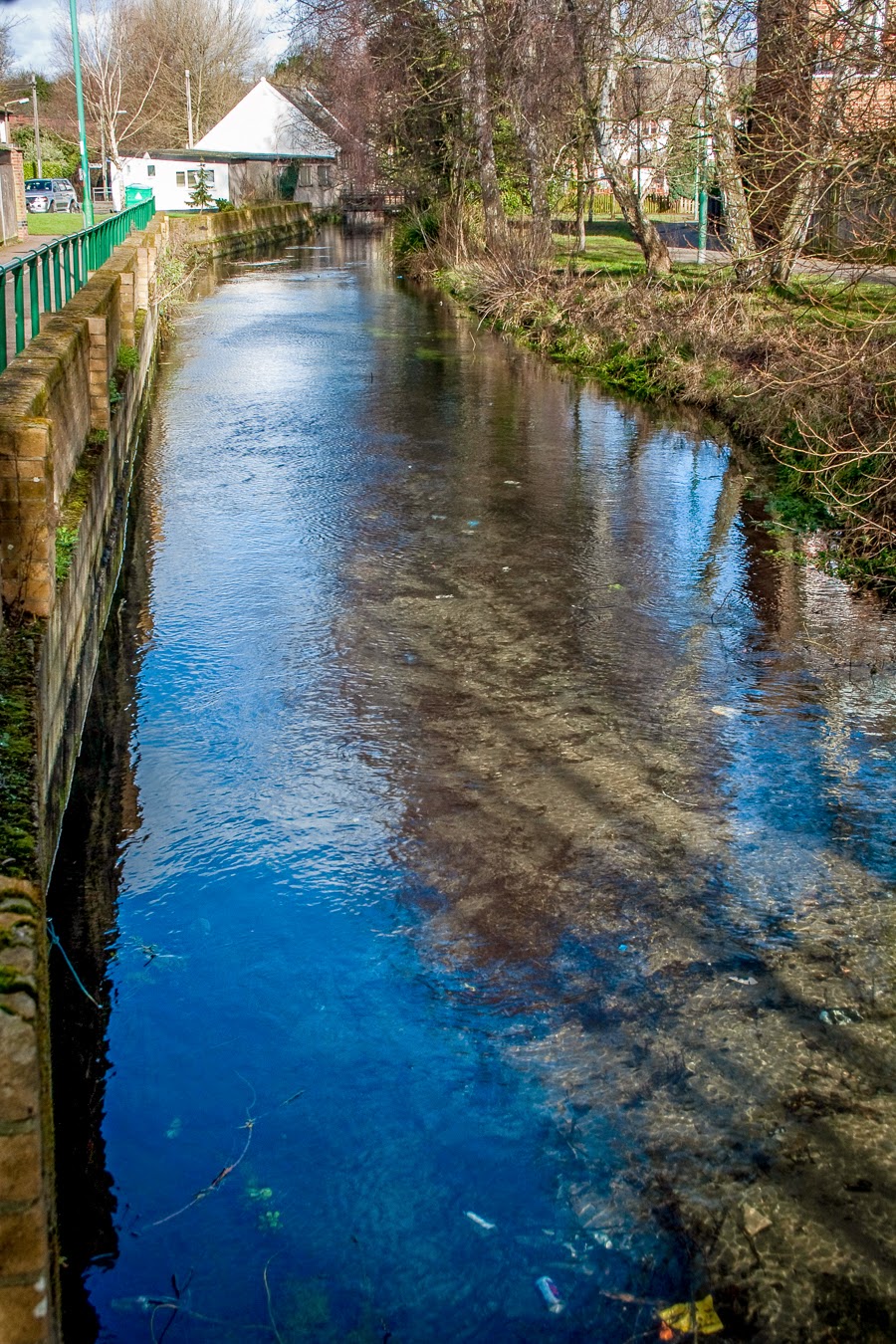 That was then: Silt-choked channel in pleasant surroundings of Carshalton

Between 2009 and 2011, the Wild Trout Trust spent many hours alongside the Wandle Trust battling to get approval for some simple and cheap improvements that could start to relieve some of the impacts (at least to some degree) caused by poor habitat quality. Due to the location of the stream within a heavily urbanised and densely populated part of London, this process was extremely arduous; as consenting officers were extremely wary of any potential risks to surrounding structures such as walls, footpaths and the ever-present fear of flooding.

The culmination of that part of the process was a wonderful urban conclave event (2011 Urban Conclave) which saw urban stream-care volunteers from around the country gathering to take part in the in-stream habitat improvements that had, at last, been granted permission to go ahead.

At that time funding had also been secured for the installation of a pre-fabricated fish pass onto a high sluice gate (part of a historic mill) which, at the time, was deemed impossible to safely modify. This meant that the potential benefits of such a fish pass were constrained by the fact that fish were being afforded access to a section of pretty poor, silty and uniform habitat (with some better habitat further upstream, if fish were inclined to explore that far). This compromise is talked about in some of the video (from 3min and 46 seconds onwards) telling the story of the first part of these works here:

Fast forward to 2014 and there have been some tremendous developments that the Wandle Trust have been able to achieve through their successful Heritage Lottery Fund bid for the restoration of the Wandle catchment. Many weirs have been removed or notched. The ​“impossible” sluice gate has been substantially lowered and the fish pass re-fitted to much greater effect. The channel has been narrowed by redistributing the accumulated sludge and stabilising it by planting. As a result, flows are substantially energised and this is keeping the introduced gravel substrate sweet — with root wad and branch installations helping to grade those gravel mounds and preserve a varied topography. 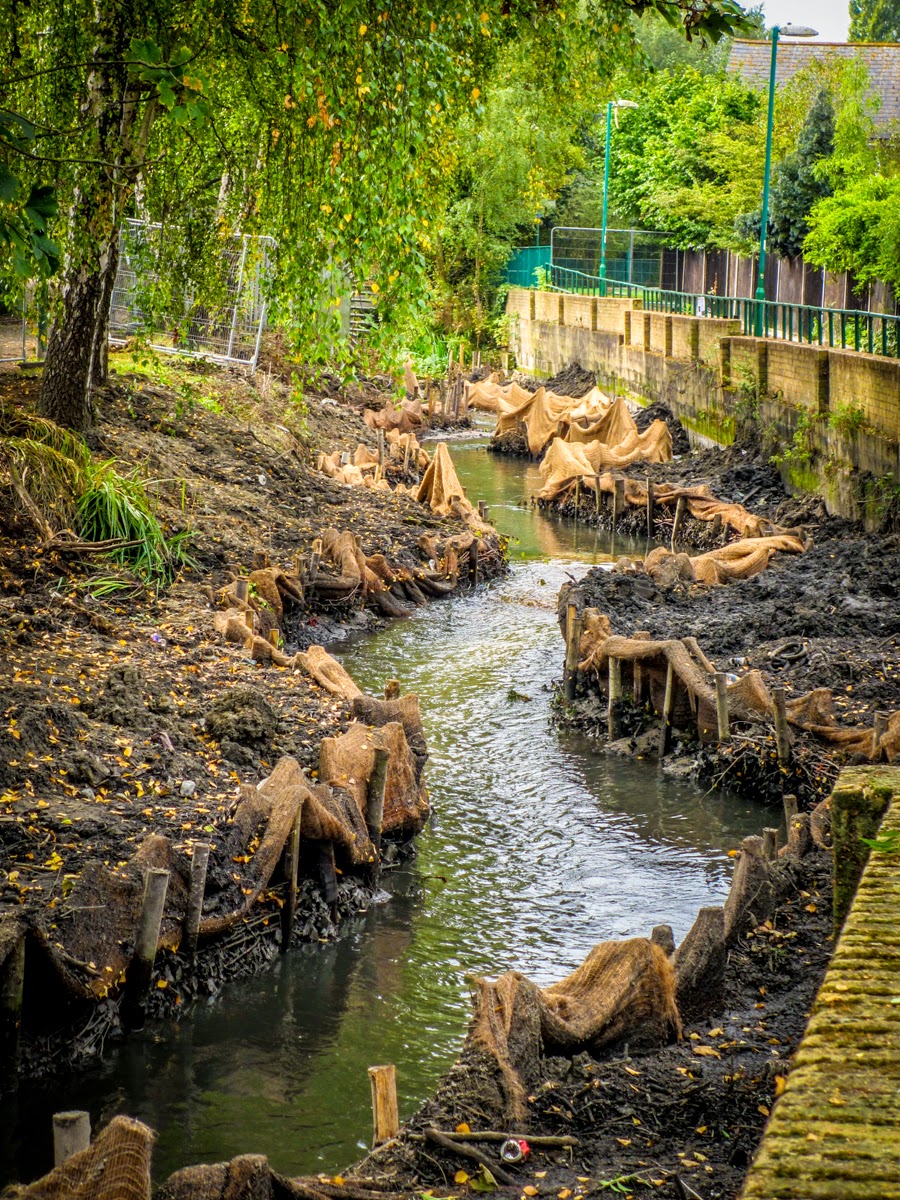 All this is a fantastic proof of how significant it can be to pursue what might, at the time, seem to be quite small victories. In this case, winning the permission to run modest (largely volunteer-led) habitat improvement was a small but significant first hurdle that, when combined with the skills and drive of the Wandle heroes has snowballed into a completely transformative project. It is precisely this function for which the Trout in the Town project was established. The WTT’s ability to provide high-level technical advice under a range of different scenarios and constraints (and also to connect ambitions of local interest groups to the knowledge and additional specialist professionals) can be a vital push that helps people’s ambitions to reach a tipping point. 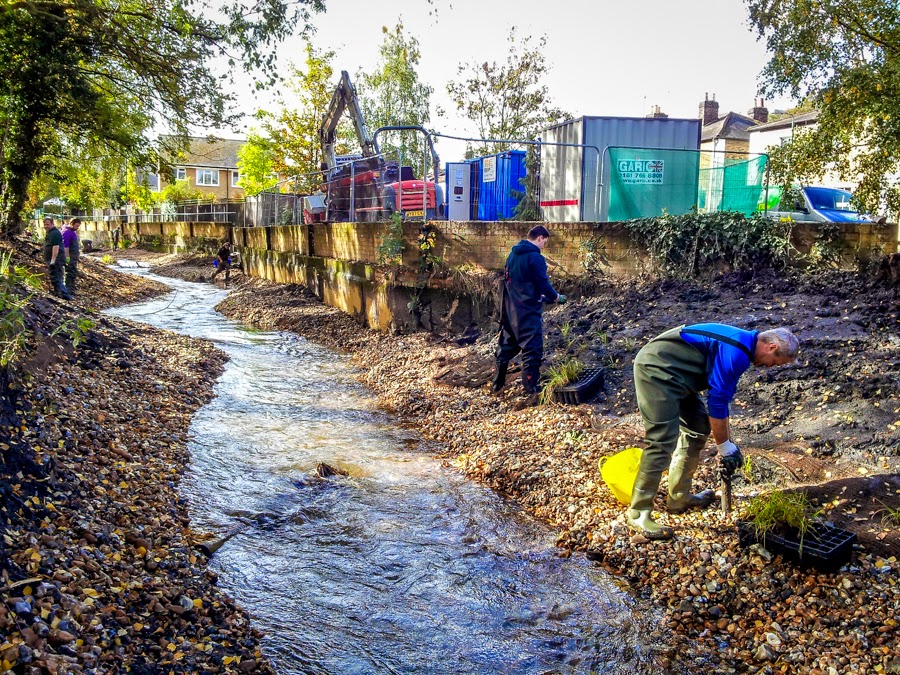 This is, of course, just one cog in a much bigger machine — and without the tireless efforts of all the Wandle faithful along with some very smart appointments of brilliant employees; nothing at all would happen. What I am trying to say is that, the result of intermittent and reciprocal support between the Wandle and Wild Trout Trusts has produced a ​“whole” that is so much greater than the sum of its parts — and far greater than the WTT could ever hope to achieve in one location on its own. If we can catalyse just a handful of these kinds of projects over the years, our urban rivers will reap massive benefits. That, clearly, relies on the existence of brilliant custodians such as the Wandle Trust and they thoroughly deserve your congratulations and support.

So go ahead and tell them that they are doing a great job. Join their working parties if you are within striking distance and tell everyone about what is happening on the Wandle — because many more of our degraded urban streams deserve much better than they are currently getting. If you end up casting a line on the Wandle; the only reason that there will be trout swimming there once again is due to the ceaseless efforts of the Wandle Trust and the partnerships that they establish and maintain.

For a run down of some significant milestones on this project, please see my recently-updated web page summary here: Wandle Trout in The Town summary 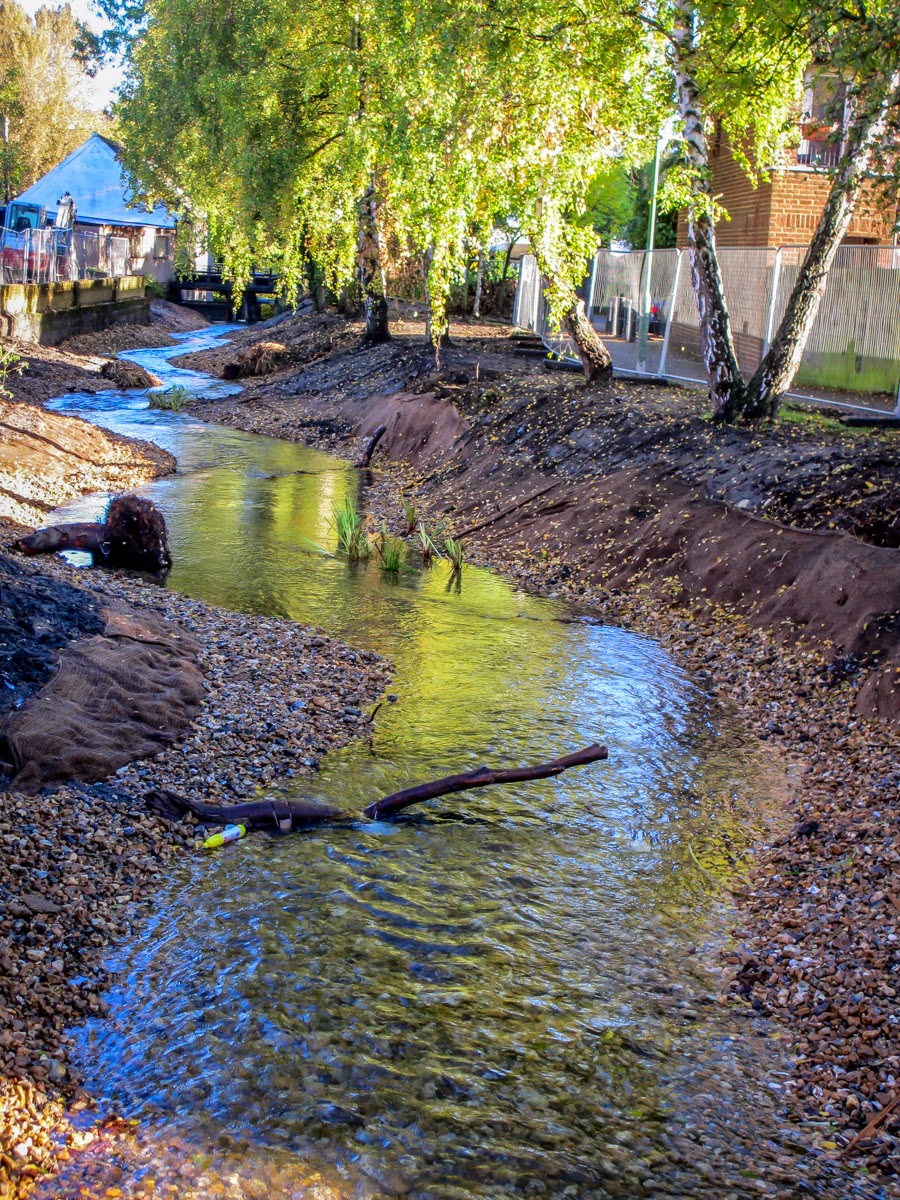 The ​“Silt Trap” in the top photograph in this blog has now been transformed to a well-featured, free-flowing chalk stream with natural cover and flow-focusing structures.