Winners of the 2015 Conservation Awards

Over 100 guests attended a Wild Trout Trust evening at the Savile Club in Mayfair to present the 2015 awards for the best river habitat conservation projects. The evening was introduced by WTT Director, Shaun Leonard, with the awards presented by Richard Aylard of Thames Water, who generously sponsor the Conservation Awards.

The Conservation Awards recognise and encourage excellence in the management and conservation of wild trout habitat, celebrating the efforts, skills and ingenuity of projects carried out both by professionals and by grass roots voluntary organisations.

A dozen great projects competed for prizes this year. The winners are: 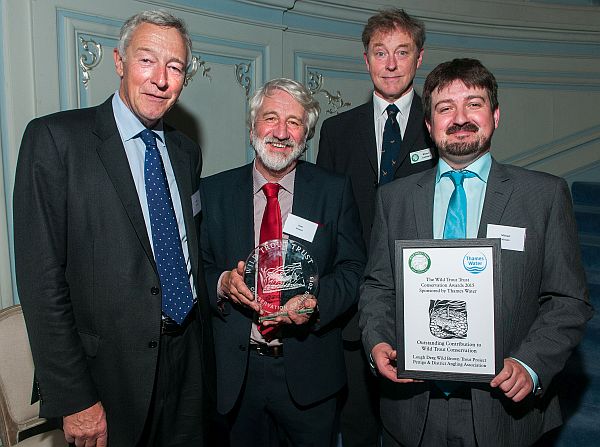 Declining wild trout populations, including a rare and genetically distinct outlet spawning trout, prompted the local angling association to take action. Working with the Loughs Agency, Belfast University and the Wild Trout Trust, Pettigo & District Angling Association combined genetics, citizen science and hands on habitat improvement to stop the decline. This project is a superb example of how an angling club can involve a wide range of other groups and organisations in a long term and wide ranging conservation project. 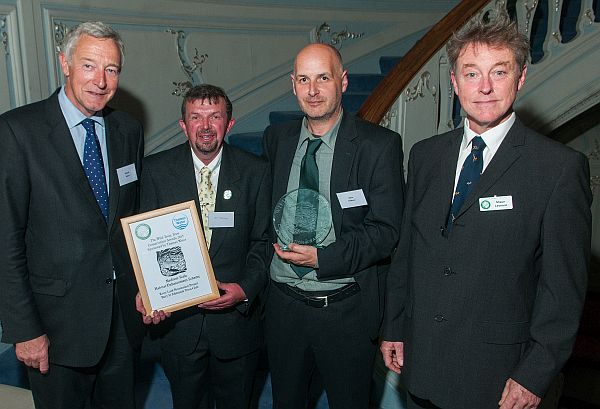 This project is a story of sheer dogged determination, with Glenn Smithson, Ian Hawkins and their supporters battling against widely-held views that what they were attempting (and have now achieved) was impossible. Five years after deciding that the wild trout in the River Lark deserved better habitat, the project was finally delivered by the late Dr Nigel Holmes in association with the BSTC. The result is the transformation of a straight, dredged channel into a sinuous, lively river bustling with wildlife. As well as promoting a wild and self-sustaining population of wild brown trout, the project benefits all wildlife including damselflies, ground nesting birds, owls and water voles. 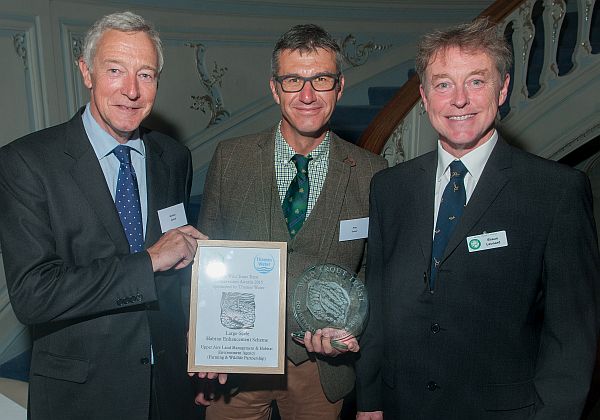 Although flowing through the beautiful landscape of the Yorkshire Dales National Park, the Upper River Aire is a troubled river, severely impacted by diffuse pollution from agriculture. Enthusiastic local Environment Agency staff established a partnership to tackle the issues with landowners and farmers. Starting with demonstration plots to prove the benefits, they have worked with 15 landowners to carry out work such as fencing buffer strips, visited over 50 farms to advise on nutrient management and planted 27 hectares of woodland. These actions will not only reduce pollution but will also help slow the flow of flood water and improve the quality of habitat for wildlife. Congratulations to Pete Turner and the EA team and the partners working on this flagship partnership project. 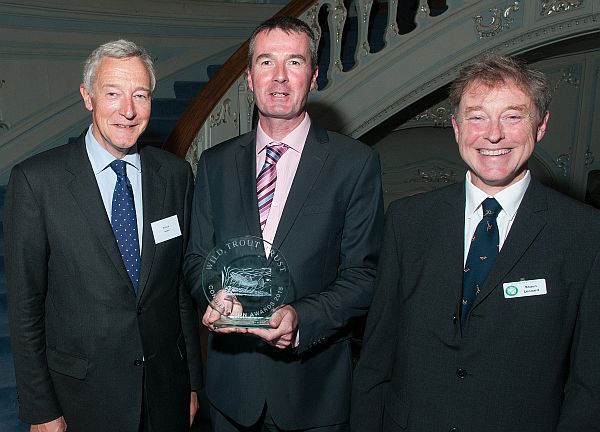 Mike is an indefatigable champion for wild trout in the north west of England, especially his native Irwell, Irk and beyond in the Mersey basin. He spearheads the Salford Friendly Anglers Society, reputedly the country’s oldest (and a free-to-join) fishing club that seeks to have people campaigning and caring for (and enjoying fishing in) the Irwell.

Mike has been a great friend to WTT and established a strong partnership with our Trout in the Town (TinT) project, led by Paul Gaskell, helping us organise a highly successful gathering of the TinT clans on the banks for the Irwell in 2013.

As Mike says ​“All we want is a river as good as everybody else’s. We don’t want anything better.” He’s doing his very best to make that happen in and around Greater Manchester. 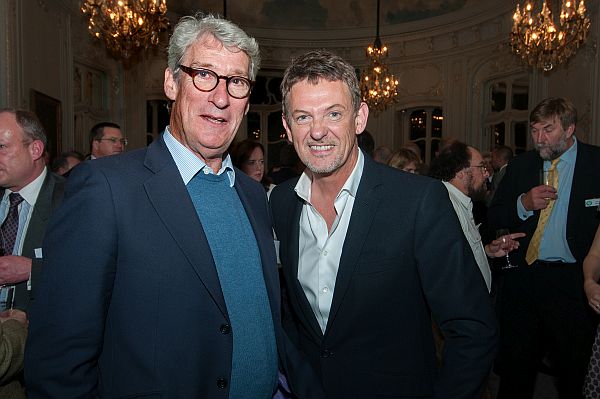