The mystery of eels – a little bit less mysterious now

Recent research has tagged eels in the Azores and, for the first time, tracked them on the oceanic part of their migration to the Sargasso Sea. Since the early 20th Century it has been thought that eels spawned in the Sargasso Sea, but there has been no direct evidence.

European eel are critically endangered – populations have declined by 95% since the 1980s – so a better understanding of their lifecycle will hopefully aid conservation efforts. 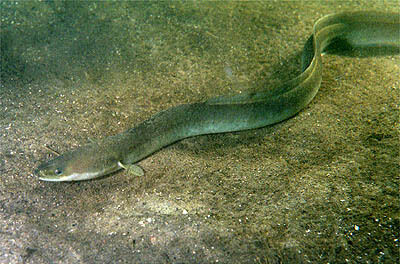 This video (below) by the Forth Rivers Trust is a good explanation of the eel lifecycle, or visit their webpage.