WTT members will remember that Peter Lapsley, ace fisher and great Trust supporter, sadly died in the summer of 2013. Peter’s bequeathal to WTT was his fly tying gear which we auctioned, allowing it to find a new and loving home near Blackpool.

The funds raised by Peter’s gear was turned into fourteen sets of Snowbee’s first-rate fly fishing kits, donated to the River Chess Association (RCA) for their embryonic angling ​‘school’, based on the lakes at Restore Hope, Latimer Park, near Chesham; utterly fitting, since Peter spent many a happy hour fishing at Latimer and was passionate about teaching kids to fish.

Paul Jennings, Chairman of RCA, commented: ​“It is very poignant that the River Chess is the venue for a fishing ​‘school’ because of Peter’s close connection to this river. Over the years, this little river has inspired so many naturalists and fishermen; it fights well above its weight”.

“The first outing for Peter’s kit took place on the 2nd July, with 14 students from Stony Dean School at Latimer Park. All the pupils had the opportunity to fish in the morning and the afternoon mastering the basic skills of casting. 3 fish were hooked, one of which was landed. As the day progressed, natural fishermen emerged and for some this day will have changed their lives, with many more fishing days on the horizon”.

An official hand-over of Peter’s kit took place at the Chilterns Chalkstreams Forum on 9 July 2015, with Peter’s widow, Liza, and his great chum, Neil Patterson, doing the honours.

Huge thanks are due to Liza, Neil, Paul Jennings and the River Chess Association, James Ray and Restore Hope, The Latimer Fishing Club and, crucially, Russell Weston and Snowbee (UK) Ltd.

Thanks also to Tony Mair who made a donation of rods and reels to the angling school initiative at Latimer Park. 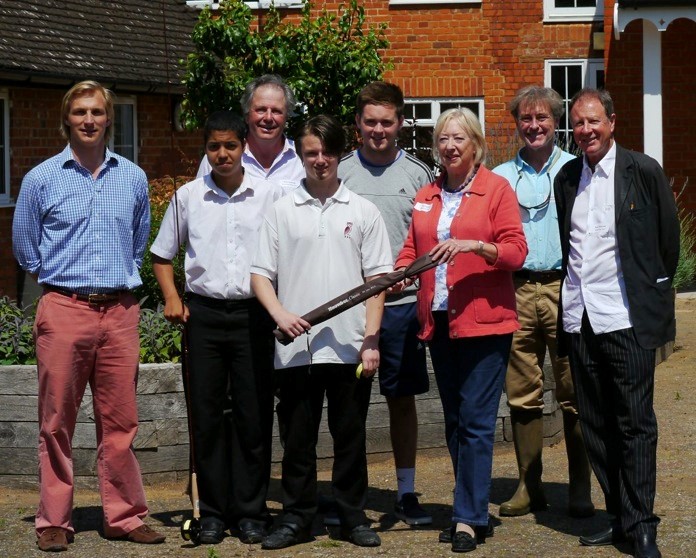 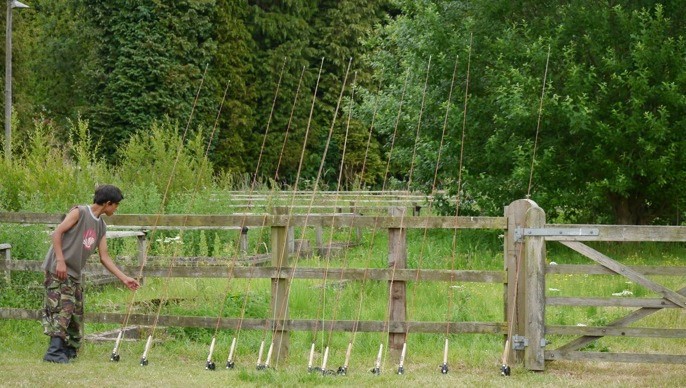