A new report by WWF and 15 global conservation organisations reveals the shocking fact that one in three freshwater fish species face extinction globally.

‘Freshwater fishes continue to be undervalued and overlooked – and thousands of species are now heading towards extinction. Freshwater biodiversity is declining at twice the rate of that in our oceans or forests. Indeed, 80 species of freshwater fish have already been declared ​‘Extinct’ by the IUCN Red List of Threatened Species, including 16 in 2020 alone. Meanwhile, populations of migratory freshwater fish have fallen by 76 per cent since 1970 and mega-fish by a catastrophic 94 per cent.’

In the UK we have already lost burbot and sturgeon. Atlantic salmon and eel populations are declining.

Trout are not identified as a threatened species yet, but poor water quality, over abstraction and fragmented, degraded habitat mean that they are not thriving as they should be. 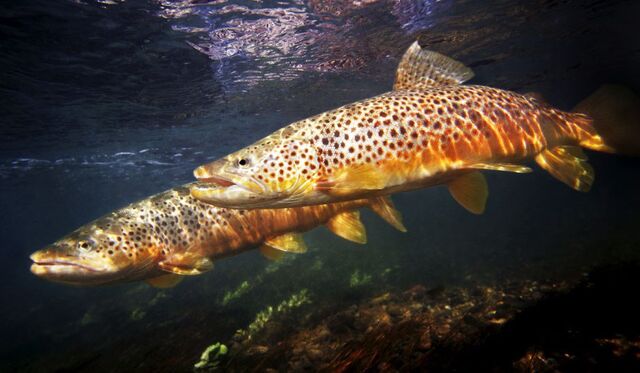