What do we need, to know if it works?

Typical! Not two weeks after completing my round-up for the Science Spot in Salmo trutta, the annual glossy WTT publication that our members receive, an interesting paper on IMWs (Intensively Monitored Watersheds) lands on my desk. While not exactly on topic, it includes interesting snippets that would have embellished my article. However, as I wrote in the Salmo piece, the means by which knowledge is transferred nowadays means: I can (and have already) tweeted about this paper (but not included any précis or personal view of its content); I can (here, now) blog about it and impart some detail; or I can sit on it for 12 months and tell you all about it in the 2017 issue of Salmo!

IMWhats? In the Pacific Northwest, a vast tract of land with a very loosely defined boundary but it’s roughly 67 times the size of Wales if you’re interested in that sort of thing, there are at least 17 IMWs. They are an attempt to test the effectiveness of a broad range of stream restoration actions for increasing the freshwater production of anadromous salmon and steelhead and to better understand fish – habitat relationships. This is no mean feat, and the paper by Bennet and his colleagues reports on the lessons learned so far.

Billions of dollars have been invested in stream restoration across the US since 1990 alone, on the premise that improvements in freshwater habitat will lead to increased population viability and the potential delisting of threatened or endangered species. To achieve this, one needs to assess population responses to restoration, and these have rarely been documented because many restoration projects have not been monitored at the population scale. Instead:

Add to that, inherently high natural environmental variability; all these contrive to limit power to detect a response in any one fish population. As an aside, these are exactly the underlying factors that affect our assessments of natural flood management, particularly pertinent in light of recent winter spates and ongoing reviews of how we will respond to those in the future. One of the closest analogues to an IMW we have in the UK, in terms of detailed monitoring of a population, not the efficacy of restorations, is provided by the long-term Atlantic salmon research on the River Frome; small scale by comparison, yet still valuable to inform stock management and conservation measures.

So, an IMW is an experiment that uses a management action (restoration) as a treatment and intensive monitoring to detect whether a watershed-scale fish response to that action occurred. The required scale, in both space and time, mean that this is an expensive business and not the sort of undertaking that can be applied to a typical WTT restoration! Also, because the IMW concept uses broad-scale, long-term ecological experimental designs, the expectations of stakeholders need to be managed carefully! 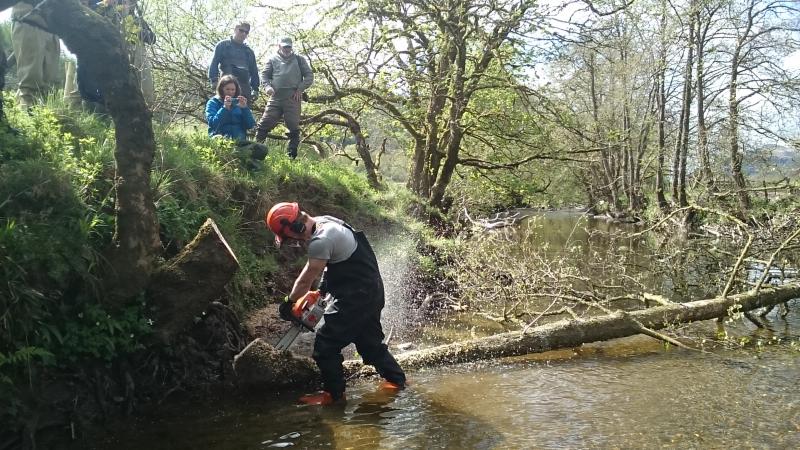 However, these sorts of ecosystem-scale experiments are required to provide the empirical data to test assumptions of improved fish populations, as well as provide reliable, robust and compelling evidence of the efficacy of common restoration techniques that are applied the world over (and certainly by WTT). If we drop X trees into Y barren stretches of straightened river channel, will the local angling club catch more fish because of it in Z years time?

While IMWs are still in their infancy, emerging data are positive, and the headline-grabbing figures are certainly encouraging:

Each individual project undertaken by WTT (and the many other valuable works carried out by rivers and wildlife trusts, the Environment Agency etc) may fall into the ​‘small size restoration’ category compared to an average IMW, but look at the number and coverage within the British Isles, and they start to tot-up. And as I have alluded to before here, we shouldn’t dwell on size because while they might not all add up to fish population increases, there are other benefits to be found.