The end of an era in Bakewell

David Marriott marks the end of an era in Bakewell, with the closure of the Bakewell Fly Shop on Christmas Eve.

We are in the heart of the Peak District. A warm July evening, the sun setting on the mellow limestone walls of an old cobbled courtyard. Fly fishing friends are foregathered in expectation of an eagerly awaited annual event — the emergence of the Sage of Bakewell on the occasion of his birthday. There is an anticipatory murmur as the appointed hour approaches.

Peter Arfield, for it is he, descends the steep stone staircase from his Piscatoribus Sacrum and his faithful fly fishing followers fall silent. In years gone by, he has allowed his homilies to range far and wide on matters piscatorial. The evocative smell of woodsmoke in the water meadows as the season draws to a close; the fatal charms of the Double Badger, busked with a gossamer thread plucked from a Nun’s habit; in olden times, the early Sunday morning exodus of hundreds of Sheffield steel workers to fish the curiously named Lincolnshire drains — Hobhole, Dog in a Doublet, Hubbert’s Bridge, Sibsey Trader; would-be customers from the informal branch of the Caravan Club, false bonhomie changing to sinister threat on being refused a spool of line and a packet of hooks. Such, my friends, are the experiences of those who seek knowledge at the Oracle of Hebden Court. But what is to be handed down in 2021?

We are shocked to hear that his tenure of the tiny shop atop the stone steps is to come to an end on Christmas Day. How can this be? We are amazed to learn that over 30 Seasons have passed since the little shop was conceived by Chris Lee, first as Piscatoria with Peter assisting, followed by Tony Plant and then Peter in his own right in its later embodiment as The Fly Fishing Shop. Here he has dispensed fly fishing impedimenta, wise advice and, at Christmas time, perhaps a small libation for discerning fly fishers, not just from North Derbyshire but as far afield as Sheffield, Stoke on Trent and Stockport. All this time and never once realising just how fortunate we were. On seeing our dismay, the kindly Sage is quick to reassure us that he is not retiring. Well, maybe just a little bit, as he has a few other matters to attend to. He will still be offering a guiding service on his beloved Derbyshire Wye and there are other plans in hand which he hopes to reveal in the New Year.

So thank you Peter for your long and loyal service to the fly fishers of Derbyshire and our very best wishes for the future to you and Lynda. 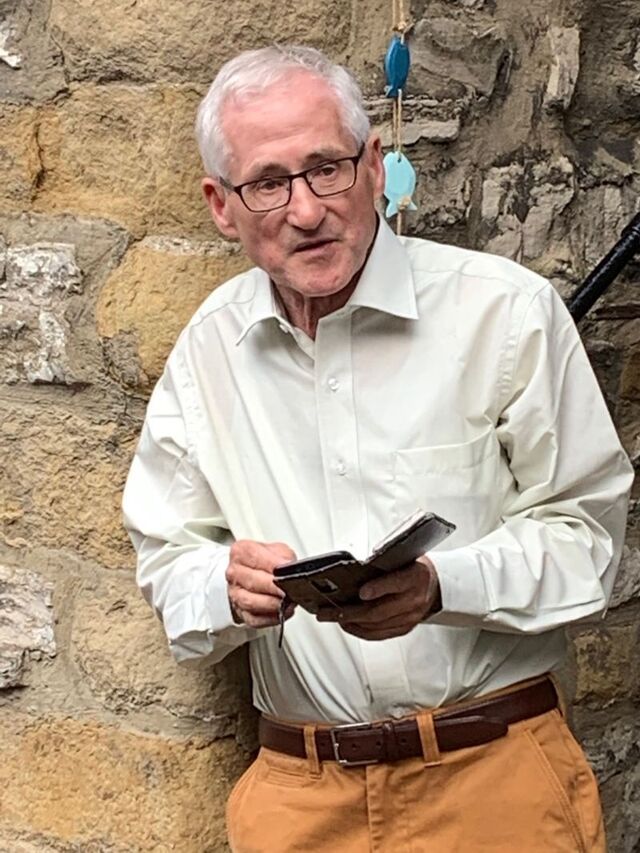