Every year, Atlantic salmon (Salmo salar) and sea trout (Salmo trutta) undertake an upstream migration in autumn. People watch these fish ​‘heavy-weights’ leap, or at least attempt to, over barriers after having already completed maybe tens of miles on their journey to and from sea. Such a migration allows the fish to use rich marine feeding areas to grow larger than they might achieve by staying in freshwater, thus increasing their fecundity or egg production for when they return to their natal rivers. But there are trade-offs. The migration between freshwater and saltwater is filled with risk, resulting in large annual mortality affecting fish populations. For example, for my MRes, I studied the emigration of salmon smolts from rivers, and their behaviour strongly reflected predator avoidance tactics.

But closer to home, the year-round, river-resident brown trout – the same species as sea trout – can also exhibit an annual migration. Similar to their anadromous counterparts (those fish that move from freshwater to saltwater), brown trout also move to areas of increased nutrient abundance within freshwater environments to grow more efficiently which will be different to where they spawn. Although on a much smaller scale, substantial risks are also faced by river-resident individuals on their potadromous (within river) migrations. 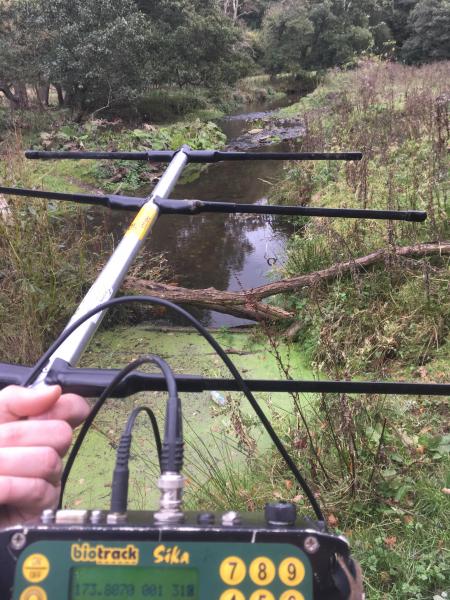 Last autumn at Durham University, we performed a small study monitoring the spawning migration of adult brown trout in a local river. We fitted sixteen fish with radio transmitters which were subsequently tracked for two months, from mid-October to mid-December 2016. Two remote logging stations were placed approximately 1.5 km apart on the River Deerness, a sub-tributary of the River Wear, with further manual tracking taking place four times a week. This involved walking along the river bank for a minimum of 5 km with a radio receiver and antenna to precisely locate each individual fish. Manual tracking meant we could record exactly where each individual fish was in the river, how far they had moved, and in which direction.

The manual tracking also proved to be useful in a different and unexpected manner. Radio tags actually function better in air than in the water; not something that you generally need to consider when monitoring fish movement! On one survey, I could not get a strong fix on a tag in the river. After several minutes of pacing the river bank, I was about to give up, when I turned around and heard a clearer *beep* in my headset. Using our unidirectional antenna, it did not take me long to find the tag underneath a tree only 5 m from the river edge. Even more exciting, the tag was actually encapsulated within a heron pellet! 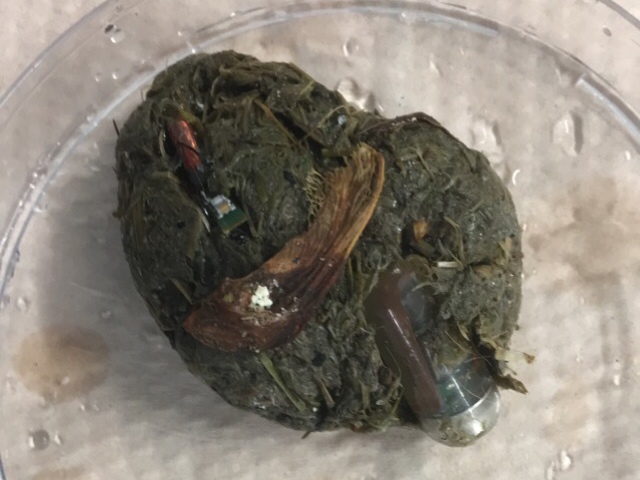 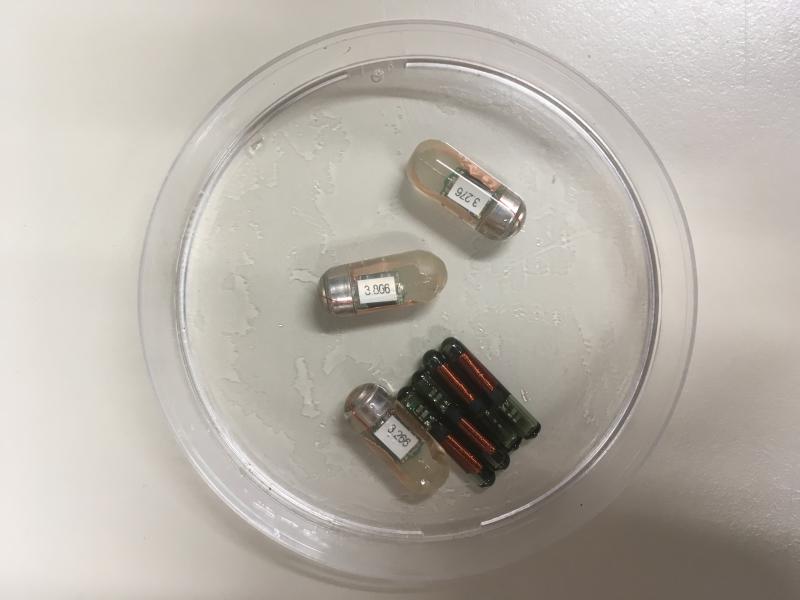 Over the course of the next month, we made several more visits to the same tree, recovering four of our 16 radio tags, along with some PIT (Passive Integrated Transponder) tags that had been inserted into trout parr in 2014 for a different study. This means that a heron has used this feeding spot for at least two years. Further, another three radio tags were found downstream; one of which was found in a heron pellet, but the other two were never retrieved due to being lost in a woodpile and in a relatively large pond. We know that at least 31.3% of our tagged fish were definitely eaten by herons, and potentially up to 43.8% had succumbed to predation within this 2 month period. Extrapolating this figure implies that a large proportion of the trout population in the Deerness at least, ranging in size from small parr to larger adults, can be removed by an avian fish predator. 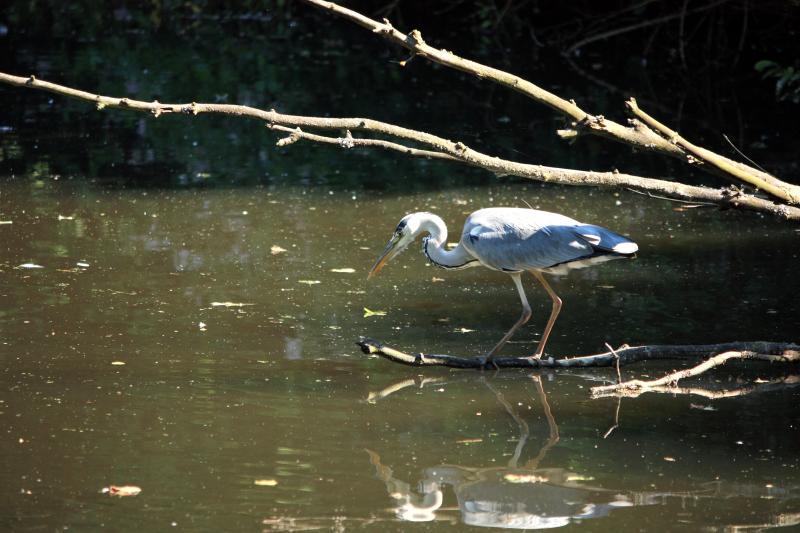 Several questions spring to mind: is this one heron with a good fishing spot? Or, are there several predators along the river that enjoy a fishy snack? As part of a larger study in the upcoming autumn (2017) — the behaviour of parr, adult brown trout and sea trout at a newly constructed fishway — we will also focus some of our efforts on understanding the potential impact of predation on the trout population of the catchment. Piscivorous birds along the river will be counted during manual tracking exercises, and frequent searches at their known feeding sites for regurgitated tags will be undertaken.

I hope to bring you an update on how things are going later but in the meantime please contact me if you have any questions or comments regarding my project.