Reflecting on all this rain

This is the view from my office window. Of late, I have been lucky to see across the valley. When it has been sufficiently clear there has been a stark message staring me in the face. So, what’s wrong in this image? OK, it’s not a great image but then it was taken in blowing rain. The field (centre shot) has a similar slope / exposure as those surrounding it yet it is the only one veined with rivulets of water. It is also the only one under permanent livestock grazing as compared to the fields on either side through which stock is rotated regularly. The result is a reduced crop plant height, root structure (and probably diversity), and more compacted soils leading to serious (visible) overland flow during times of heavy rain. At the bottom of that field is a tributary of the River Aire; little wonder that the Aire is often occupying the full width of its floodplain (below). 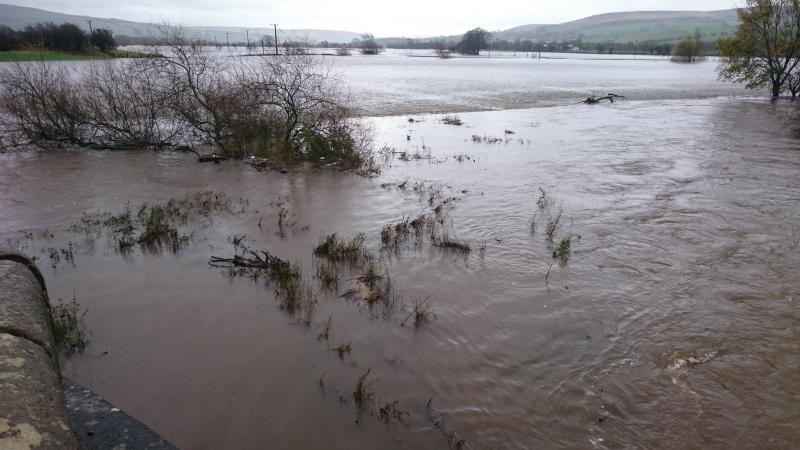 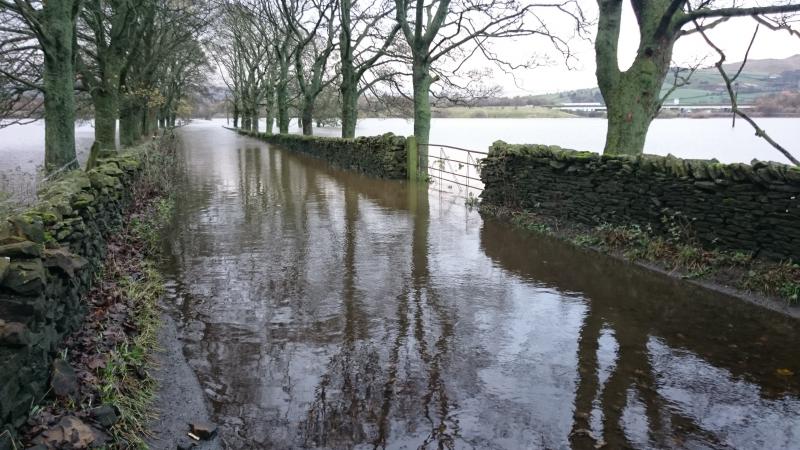 Everyone and their dog has had a view on the recent flooding in Cumbria and Lancashire, and not surprisingly these views tend to polarise; those driven by raw emotion as personal possessions and property are lost or destroyed, versus more objective analyses based upon long-term data records. Inevitably there are some commentators calling for the construction of more and better flood defences whilst there are those advocating more upstream thinking and rewilding of the upper catchments to slow the flow by intercepting rainfall and buffering impacts downstream.

Let’s face it, we have to contend with a long historical legacy of denuding the catchment of natural vegetation and in particular trees, as well as the development of village to city scale infrastructure upon floodplains with vast areas of impermeable surface and many pinch-points on watercourses like bridges and culverts. It is difficult to envisage the scale of defences that would be required to withstand the unprecedented rainfall at the beginning of December (1 in 1300 year; CEH site). Certainly, the aesthetic amenity and access values of having a babbling brook flowing through a village, or river gliding through a town centre, i.e. reasons that those very sites were originally settled, would be lost completely. It is also estimated (from models, because obviously there are no empirical data available) that 100% reforestation of the upper catchment would be unlikely to completely prevent such a scale of flooding when the water reached more urbanised / less natural infrastructure in the lowlands.

For a very measured consideration of the role trees may play in soaking up excess rainwater, read this contribution to The Conversation. I say measured, the message is positive from tree planting programmes such as the Pontbren Project, which followers of WTT will have heard us talk about on numerous occasions. However, providing robust and replicated scientific evidence along the lines of ​‘X trees planted here saves Y households over there from flooding following Z rainfall’ is difficult.

There are clear evidence-based benefits to be derived from an integrated approach involving the whole catchment (summarised in the UK National Ecosystem Assessment Technical Report, here). And there are tantalising glimmers of potential uptake of such measures with the Environment Secretary announcing the investigation of upstream options for slowing key rivers amidst the Cumbrian Floods Partnership goals, calls for increasing the existing target of 11 million trees planted by 2020 to be upped to 200 million (via Confor), and established projects for ​‘slowing the flow’ such as that in the Vale of Pickering reported in the recent Environment Agency blog ​‘Creating a better place’. There is clearly no point in simply ploughing money into flood defences at the lower end of the catchment and expecting them to withstand the brunt of the water conveyed there by a depauperate system upstream, a point raised again and again by George Monbiot, and plain for all to see, unfortunately, in Keswick and Carlisle.

The key is integration and that includes depolarising the ​‘camps’ currently at loggerheads, such as the ​‘rewilding’ versus farming contingent. There are undoubtedly opportunities for more extensive areas of woodland (re)generation in the uplands, but not to the detriment of farmers, who are in essence the cultural element that is critical to the survival of communities in such rural areas. Hence, upstream options need to be (carefully) put into place to complement any (hopefully) sensitive ​‘softer’ engineering within our urban environments such as SUDS – Sustainable Urban Drainage Systems. I say softer engineering in the hope that the dredging debate does not rear its ugly head again. Constraining water to an overly deep channel and conveying it downstream as quickly as possible costs millions, requires costly upkeep, is typically reactive, and rarely works as recent events show; and the environmental costs are always high (see the WTT view on dredging).

There is no panacea, but by thinking holistically to embrace and fortify natural ecosystem resilience to extreme events, perhaps we can move away from the oft repeated rhetoric of flood defence.