Jeroen Tummers has been wrestling with more holistic fish passage solutions during the course of his PhD with Dr Martyn Lucas at Durham University (Martyn gave us a few comments about this project on a previous WTT Blog). But below, we hear from Jeroen himself, about his valuable contribution.

One of the most important components in restoring impacted river systems, given their linear nature, is to reconnect habitat patches separated by obstacles to free movement. Fishes rely on free access to habitat upstream, and downstream, in a river system to spawn, for feeding, or for finding refuge. Since the presence of these three functional habitat types can change both spatially and temporally, it is important that free access is retained.

But movement between these habitats can be severely hindered by man-made in-stream structures. It is generally agreed that high-head structures like dams have a profound effect on the survival and sustainability of fish assemblages. However, what about low-head structures? Each individual low-head structure might have a lower impact but as they are much more abundant, their combined fragmentation effect may be even greater. How much more abundant these low-head obstructions are compared to high-head ones is not well known, but this is currently being analysed across Europe for the AMBER project (Adaptive Management of Barriers in European Rivers), which I currently work on. Driven by national and international legislation, such as the EU Water Framework Directive (WFD), obstructed surface waters must be reconnected so that fishes may move freely up and down the river. 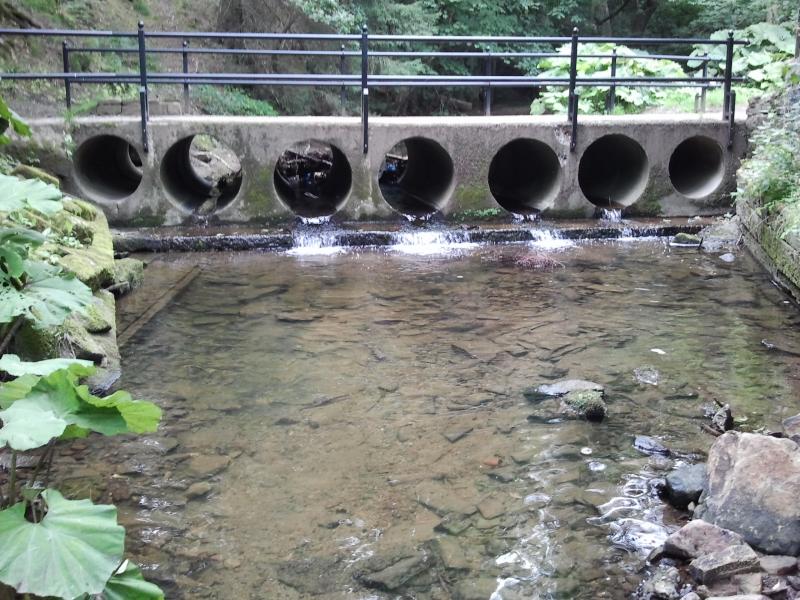 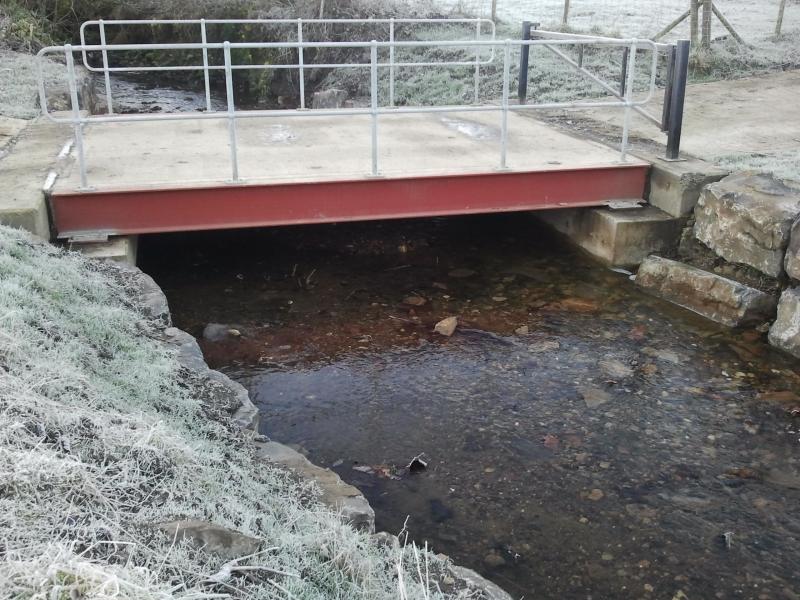 An example of a formerly fragmented river system is the River Deerness, which I studied during my PhD, and which was failing WFD classification for fish because of a lack of connectivity. At the start of my studies, eight obstacles to fish movement were present in the catchment, of which — over the course of two years — six were either completely removed or modified by provision of a fishway, to facilitate both up- and downstream fish passage. The aims of my study were to evaluate how effective these different solutions were for mitigating river habitat fragmentation for a range of fish species and age groups.

I used a combination of approaches, including capture-mark-recapture of a wide range of fish age groups: for smaller individuals a Visible Implant Elastomer (VIE) was used as mark; larger fish were tagged with a Passive Integrated Transponder (PIT), allowing individual recognition in following recapture surveys. This was conducted in 20m zones directly up- and downstream of each obstruction, before and after its removal or modification. For young-of-the-year (YOY) fish, VIE markings were site, zone and survey session specific, allowing for in-depth analysis of spatial behaviour of very young fish in the context of habitat fragmentation, an approach rarely used before.

Results showed quantitative, medium-term evidence of increased dispersal of smaller, more sedentary species (e.g. European bullhead, Cottus perifretum) as well as of larger, more mobile fishes (e.g. brown trout, Salmo trutta) past each of the restored sites, but not at the two unmodified control structures. It is worth highlighting that YOY trout showed increased upstream as well as downstream dispersal rate over modified or removed structures relative to unmodified control sites as well, with similar good quality habitat available at all sites. Young trout suffer from competition for food and space in a population which reaches carrying capacity, a situation which may be exacerbated close to a barrier. My results demonstrate that as soon as a reach is reconnected by barrier removal or modification, these young fish can disperse up- and downstream to areas of lower density with less competition.

The study is innovative because it combines multiple approaches to evaluate the effectiveness of a range of fish passage solutions, in both up- and downstream direction, in a fragmented system for fishes with poor and good swimming capacity (bullhead and brown trout, respectively) following a before/​after intervention method. It also shows that conventional techniques used to evaluate a given fish passage solution, such as sporadic semi-quantitative electric fishing surveys downstream and upstream of a (modified or removed) obstruction, may not be very effective. We have published part of this work in the journal, Science of the Total Environment, available here.

It is hoped that in years to come, in addition to an increase in abundance and area of occurrence of species already present in the Deerness, Atlantic salmon (Salmo salar) may also return to spawn, as habitat suitable for redds is available throughout much of the middle and upper Deerness. Salmon has been almost absent in the last few decades in the greater Wear catchment, but is now on the increase in the main river. So hopefully, this work will help river managers like the Wear Rivers Trust to make better informed decisions on how to deal with obstructions on fragmented systems.