What has happened to our young trout during all the recent ​‘abnormal’ weather? It’s a question I have heard discussed and been asked directly quite regularly of late, and I intend to post a response with a relatively local flavour, here on the blog, in the not too distant future. However, to pre empt that, I thought I would post some thoughts from my colleague in the south, Andy Thomas. Glaciers were still retreating from Cumbria when Andy first started working on rivers, so he’s seen a thing or two.…

Last year, I resorted to quite a bit of wishing for lashings of winter rain to top-up the chalk. Well, all I can say is, be careful what you wish for because as we all know, despite dire predictions from pathetic old soothsayers like myself, it started to rain in late February and virtually didn’t stop until we were gripped by the Beast from the East in late March! As Brits and anglers, we like nothing more than to talk about the weather but it is interesting that some of the conditions we crave as fishermen are not always that great for the fish themselves.

Take this last year, for example. A dry, low-flow autumn/​early winter, followed by a very wet late winter/​early spring. What’s wrong with that? Well, if you happen to be a trout, quite a bit actually!

The main issue with a low-flow autumn might be that adult pre-spawners find it much harder to get to where they need to be. Browns, as well as sea trout, are migratory and upstream progress is so much easier on the back of increased flow. If the headwater and tributary springs haven’t broken on a chalk river system by mid-January, then many fish are forced to cut redds lower down the river system. This often leads to increased competition and over-cutting on sites that have been reduced in size, with potential spawning grounds further up the system left unoccupied, or literally high and dry! 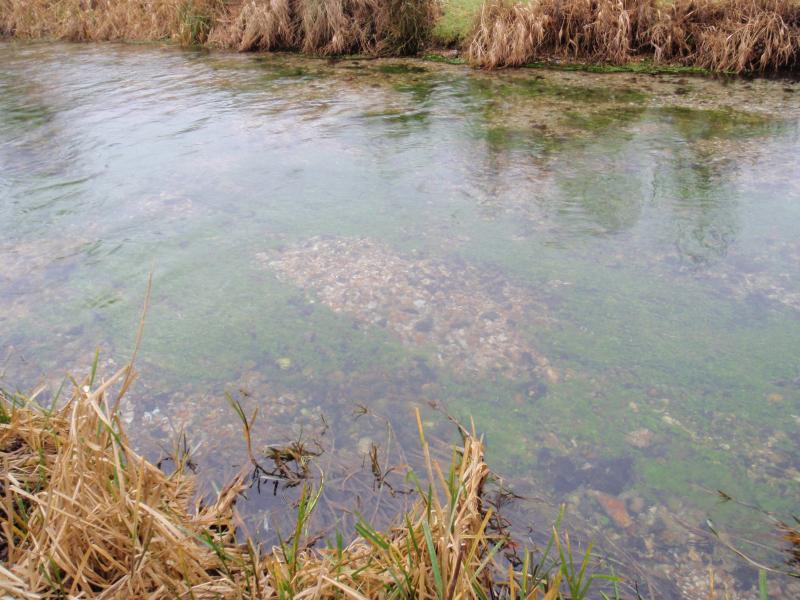 A lovely trout redd on the upper Test in January, clearly visible as the patch of clean gravel in the centre of the shot

Now if that wasn’t bad enough, what happens to those eggs that have been deposited into a favourable location on a nice ramp of loose, clean gravel when it starts to rain and rain and rain? Well, the first thing that happens following months of below average rain-fall is that every field, road, ditch, drain and gulley has months-worth of fine sediment that’s picked up and flushed into the nearest river system. I always used to think that when chalk rivers morphed from being low and clear, to high and coloured, what I was actually witnessing were sediments being flushed away, leaving sparkling clear gravels ideal for optimum trout recruitment. What I didn’t really give much thought to was the impact of massive volumes of new, highly organic sediments that are flushed from the land into the river and being forced through those areas where tender and highly vulnerable eggs are incubating.

Those who know their spate rivers will tell you how catastrophic a big winter flood can be at the wrong time, with autumn redds being washed away as the bed material literally trundles downstream. Redd washout on low-energy chalk rivers is very rare but what we do know now is that the survival of eggs when exposed to fine, nutrient-rich sediments is very poor. We also know that climate change is highly likely to make our weather patterns even more unstable in the future and it shouldn’t be a surprise for us to learn that an ​“average” year in terms of water flow and water temperature is going to provide trout with the best opportunities for success. By at least being able to predict what is likely to be a good, bad or average year for trout recruitment might just help to influence some of our management actions.

So, exactly what kind of conditions are going to give trout the best outcomes in terms of recruitment to the next generation? For adult fish to be able to navigate up to unoccupied spawning sites, they will need strong autumn flows, so for chalk rivers that means at least an average previous winter’s rainfall and ideally a wetter than average September and October. These conditions should promote sufficient flow for autumn spawning migrations to be reasonably successful and crucially, should be sufficient to ensure that gravid hens are in the right place at the right time and that the sites selected by the fish for spawning are in good order.

What next? Chalk stream trout tend to spawn later than those of their more northern and western spate-river cousins, although there are chalk stream populations, particularly sea trout which can and do spawn in November. However, spawning for most chalky trout usually takes place between mid-December and mid-January, with frosty weather that pulls down water temperatures often acting as a cue for the start of spawning activity. The drop in water temperature may only be quite subtle on chalk streams where the surface water temperature is heavily buffered by the stable groundwater temperatures, but a short period of high pressure often triggers spawning activity. It is likely that these cues are also linked to dry weather and, therefore, the prospect of increased egg survival when the eggs themselves have yet to harden.

A nice dry, cool and stable December and January, followed by a mild, damp February and March to recharge the groundwater is what we would dearly love to have. Egg hatching is linked to degree days* and is nature’s way of regulating early emergence from the gravels at a time when there might be little to eat. It seems that a low-flow winter will result in improved conversion of eggs to fry but unless fry and( later) parr habitats are maintained by at least average winter rainfall, then losses to the population described above are likely to occur during their first summer. Heaven knows what a catastrophic drop in water temperature does to newly emerged trout fry, which may well have happened this year following exposure to ​“The Beast”, but we should assume that it’s probably bad news for fry survival unless those egg sacks have been able to see the bulk of the babies through to a period when the right sized food becomes available as water temperatures climb. 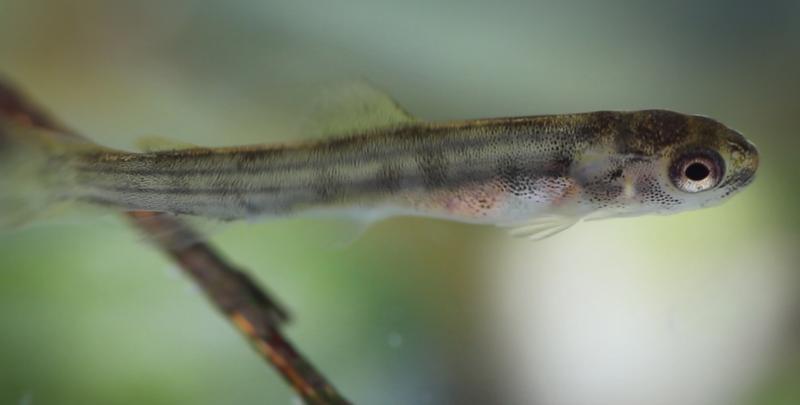 Roll on a ​“Goldilocks” year – not too wet, not too dry, not too hot and not too cold.… but just right!

*Degree days – a standardised way of describing egg incubation time: a multiplier of time in days and average water temperature. For brown trout, eggs hatch around 420 degree days after fertilisation or 42 days at an average of 10ºC.