Going all the way on the Cray 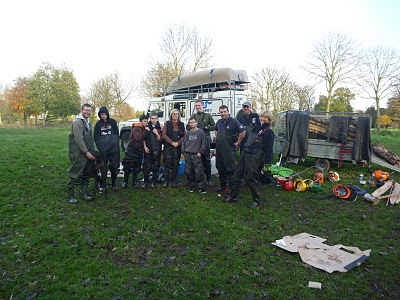 A little London Chalkstream near Sidcup which has been diligently looked after in recent years by Thames21’s Ashe Hurst got another shot in the arm on Thursday and Friday last week. Two of the WTT’s conservation officers (Andy Thomas and Paul Gaskell) did two days of specific habitat improvement works in order to train the Thames21 staff and volunteers (including local youngsters who have been excluded from schools). A variety of uses of woody debris, brash bundles, wire, stakes and metal pin fixings were used to promote localised scouring of the stream bed, sorting and cleaning of spawning gravels and submerged ​“brashy” cover for juvenile fish.


The flows prior to the installation of the upstream V were much more sluggish and favoured the deposition of silt. Now there is much more variety in current pace and depth. 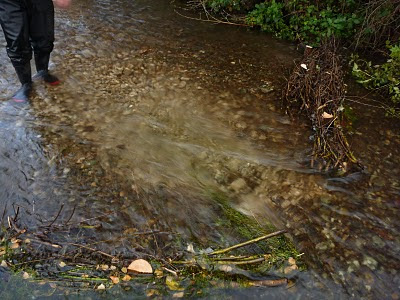 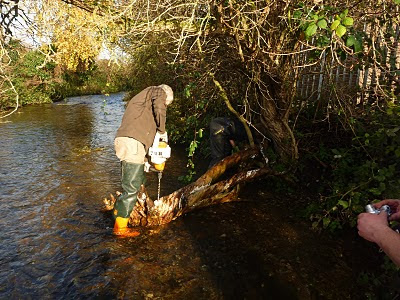 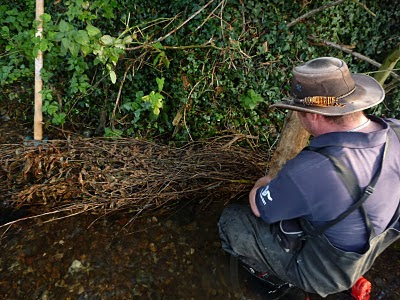 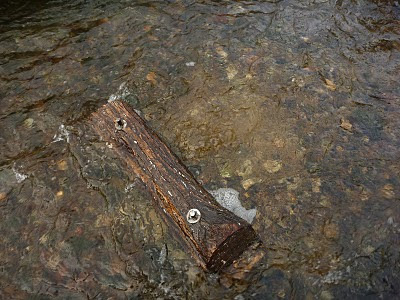 The pictures cover just a small selection of what was installed over the two day training visit and this will also be extensively added to by Ashe and his teams of volunteers in the coming months. Ultimately, it is hoped that self-sustaining populations of wild trout can be re-established in this once degraded chalkstream. What is for certain is that local volunteers like Gaynor and Alan who worked like trojans for both days are absolutely passionate about caring for their local urban river.
Well done guys.