As WTT Conservation Officers, we are asked to make assessments on what is good and bad habitat for trout populations based upon visual observation and expert judgement; this is the basis of a typical Advisory Visit Report. If we had the time and resource, we’d look to the fish themselves to tell us! In this latest blog from current researchers, Jess Fordyce from the University of Glasgow Scottish Centre for Ecology and the Natural Environment outlines how an understanding of the genetic diversity within a catchment can inform more efficient management strategies for safe-gaurding trout populations.

The brown trout, Salmo trutta, is an extremely diverse species in terms of behaviour, physiology, genetics and morphology. Brown trout can adopt a range of life-history strategies which include freshwater residency in rivers and/​or lakes, or anadromy – the movement from fresh to saltwater and back again (ie sea trout). The diversity of brown trout in terms of genetics and morphology was the focus of my PhD which was funded by an EU project called IBIS (Integrated Aquatic Resource Management Between Ireland, Northern Ireland and Scotland) and the Atlantic Salmon Trust. My study site was the Foyle catchment which is a large dendritic (branching) system with an area of around 4500km2 located in both Ireland and Northern Ireland. This catchment is managed by the Loughs Agency. Like other catchments across Britain and Ireland, sea trout numbers have been sharply declining over the last few decades. Therefore, it is important to understand the genetic population structuring of brown trout (the pattern of genetic variation) and which environmental factors shape such structuring. From this information, it is possible to detect exactly which populations contribute significantly to the production of sea trout and hence provide focused management. 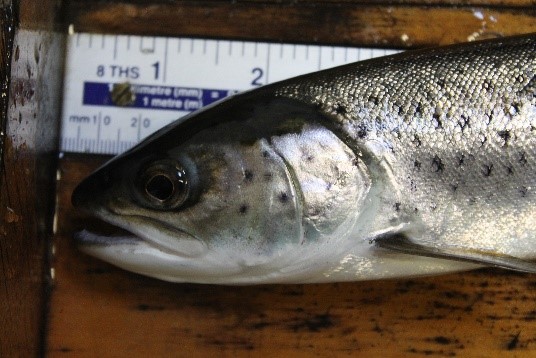 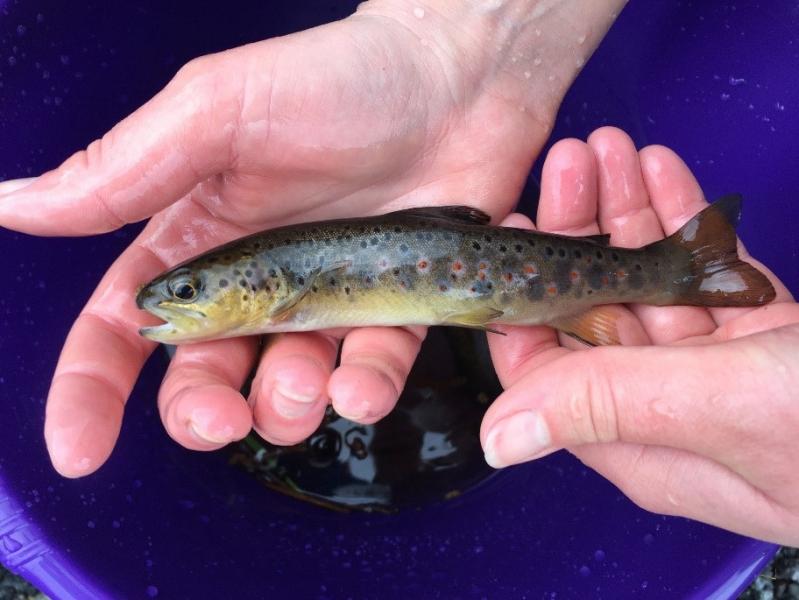 I aimed to address several objectives throughout my PhD, but here I will only discuss two of them. The first of these aims was to determine the spatial scale at which genetic populations could be detected. In other words, do brown trout form genetically different populations between sampling sites >1km apart, >10km apart etc, and which environmental factors could be driving such genetic diversity? The spatial scales I focused on were:

It is important for management to know at which spatial scale that genetic population structuring occurs to conserve the maximum amount of important genetic variation within each sub-catchment and which environmental variables drive such variation.

With a team of three or four people, we electrofished ~1 km stretches of 28 sampling locations to catch ~60 juvenile brown trout at each sampling location. Those ~1km stretches of river were to ensure the brown trout we sampled represented more than a few families. The trout were then anesthetised and a non-destructive genetic sample (fin clip of adipose fin) from each was placed in ethanol. 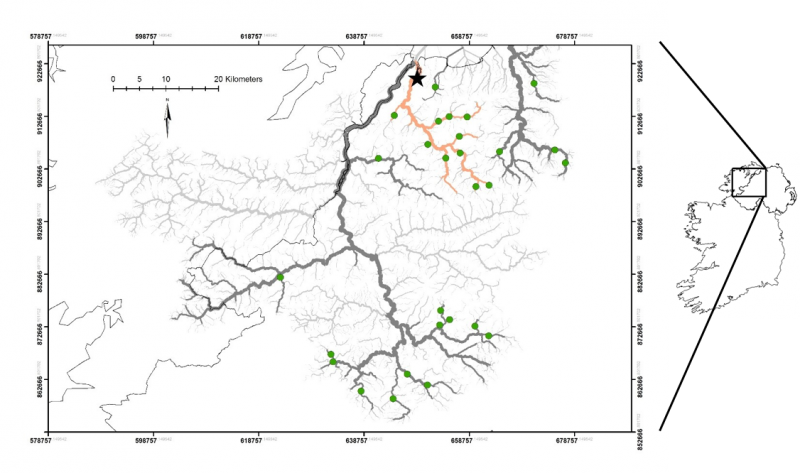 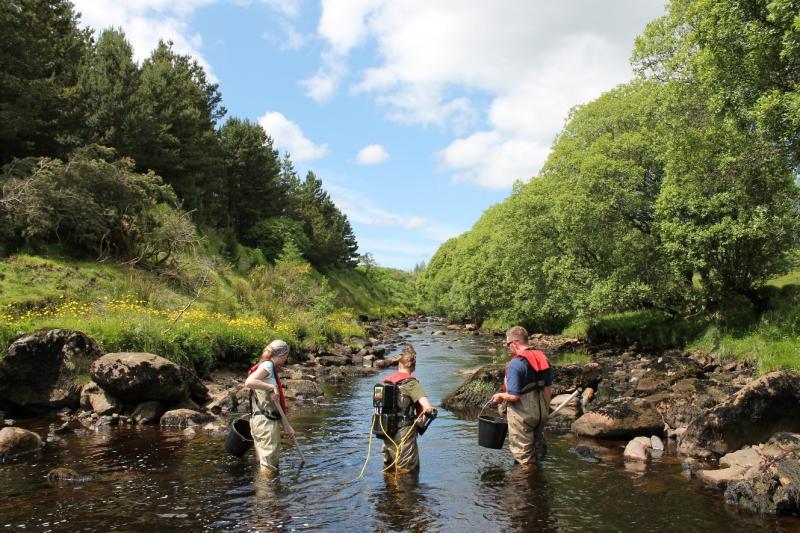 Electrofishing one of my sampling locations… it wasn’t always this sunny!

To address another aim of my PhD, I used the genetic information gained from the population structuring of brown trout, described above, to determine which tributaries within the River Faughan produce sea trout. The River Faughan is one of the best sea trout producing rivers in the Foyle catchment and determining where exactly the sea trout are being produced is important for effective and efficient management and conservation.

I used a Rotary Screw Trap in the lower reaches of the River Faughan to capture sea trout smolts during their downstream migration to sea in 2014. The RST has a large cone shaped barrel which is turned by the flow of the water. This rotating barrel allows fish to swim in but they are unable to swim back out and are held in a holding tank at the back of the trap. We would then check the trap every day, collecting fin clip samples for genetics from sea trout smolts and releasing all fish to continue their downstream migration. The fin clips from these smolts and archived genetic samples (scales) from sea trout smolts caught in the same trap between 2005 and 2008 were used to determine which tributaries within the River Faughan produce sea trout. 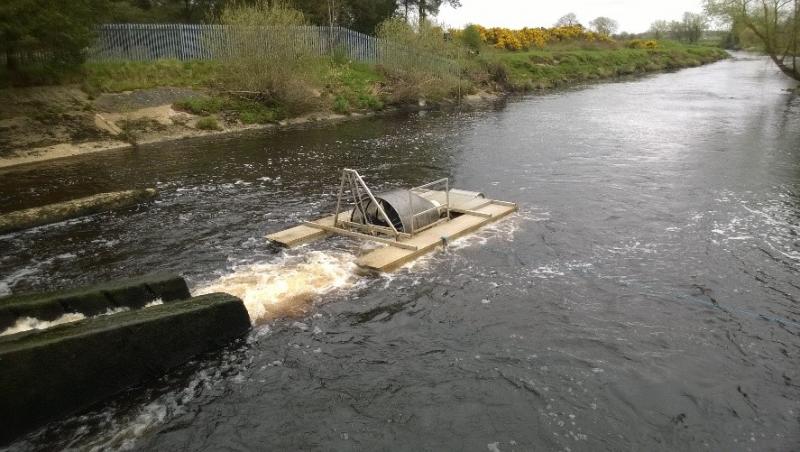 Rotary screw trap in the lower reaches of the River Faughan.

I processed the genetic samples from sea trout smolts using the same suite of microsatellite markers that I used to determine the genetic population structure described above. In doing so, I could assign individual sea trout to their tributary or population of origin by using the genetic diversity of each population as a genetic ​‘baseline’. Each population represents a different tributary, therefore, the genetic variation of each sea trout smolt can then be matched to the tributary with the most similar genetic variation. Hence I could estimate the proportion of the smolts originating from each tributary and identify the most producitve spawning grounds. Again, these data are in the final throes of the publication process so I cannot yet reveal the fine details but will do so in the near future.

In the meantime, if you have any comments or specific questions, please feel free to contact me.