Jonny Grey writes: My colleague in the Midlands, Dr Tim Jacklin, who joined me on the Weir’d Way to Travel kayaking adventure down the Aire for World Fish Migration Day, has been spending much of his time of late managing the ​‘Let the Dove Flow’ project. Below, he brings us up to speed with the developments at Gothard Weir.

A WTT advisory visit in 2016 on behalf of Birdsgrove Fly Fishing Club (BFFC) to the River Dove, Derbyshire, identified seven weirs along the 5km length of river fished by the club. The impoundment of water by these structures is detrimental to river habitat, fly and fish populations, especially from a fish passage perpective and natural sediment transport. The advisory visit report stimulated a debate within the club about what could be done to improve the fishery and it was decided to work towards the removal of the two weirs that had been built by the club in the past. A partnership project involving BFFC, Wild Trout Trust and the Environment Agency was initiated and in September 2017, the smaller of the two structures (Rivetts weir) was removed (reported previously in the News pages).

The larger structure, Gothard weir, was built in 1980s on the site of an older, dilapidated weir and repaired in 1993 following undermining and slumping. The original construction and repair plans indicated that it was made from gabion baskets filled with stone, and large pre-cast concrete flooring panels. As with all weir removal projects, the bulk of the work is in the planning and preparation.

A topographical survey of river bed and bank levels was carried out, which informed an assessment of likely consequences of removal by a professional fluvial geomorphologist. Liaison with adjacent landowners was greatly assisted by BFFC, the necessary EA permits were applied for, quotations were obtained from local contractors and we were fortunate to have good ground conditions for plant access as a result of the dry weather. 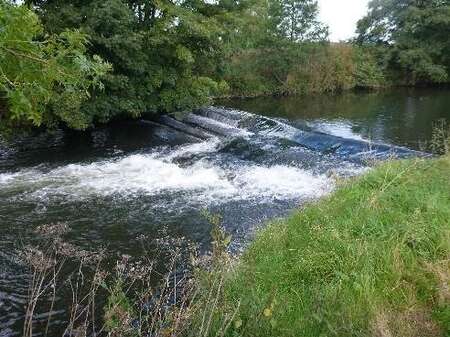 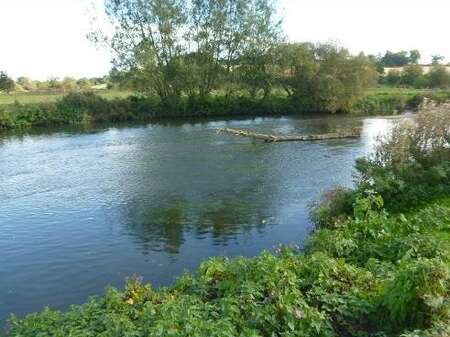 Gothard Weir and the first riffle upstream in 2016, pre works 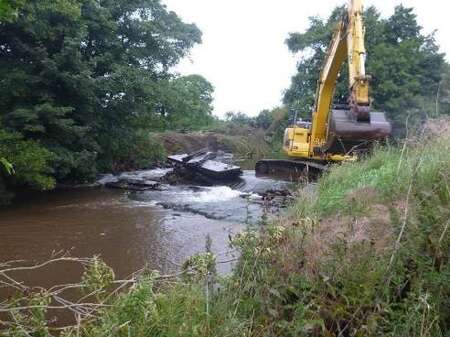 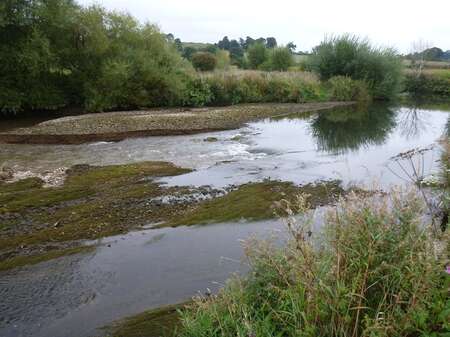 Going, going.…. and immediate response at the first riffle upstream on the day of removal 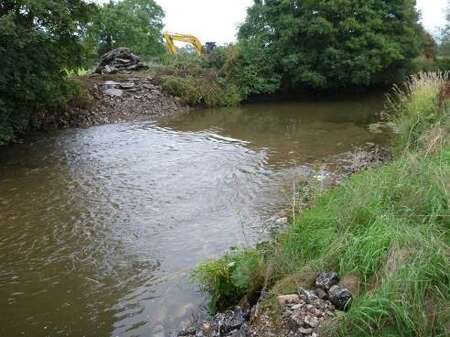 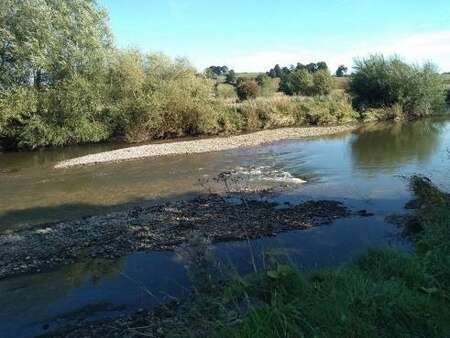 Gone… and 3 weeks later after a spate, the first riffle is renaturalising as sediment begins to move again

In early September, the weir was removed. As predicted, the upstream water levels dropped by approximately a metre and exposed the sediment (gravel, sand and silt) that had accumulated over the many decades the weir had been in place. There was very much a feeling of ​“the tide having gone out” and some consternation at the dramatic effect at the first riffle upstream of the weir, where the river shrank from around 20‑m wide down to a 5‑m wide channel cut into the accumulated gravels. However, within a few days the river had moved more of the gravel and a week later a flush of water re-shaped the gravel deposits to a much greater extent.

This process will continue over the coming months (depending upon the frequency of high water events) as the river ​“catches up” with years of stalled sediment transport. Already a new riffle has emerged upstream and several mouth-wateringly fishy pools have developed on the outside of meanders. Various monitoring is taking place, including the longer term effect on water levels and gravel deposits (using automatic recorders, fixed point and time-lapse photography) and fish and fly life via catch returns and invertebrate kick-sampling. I’ll update in due course