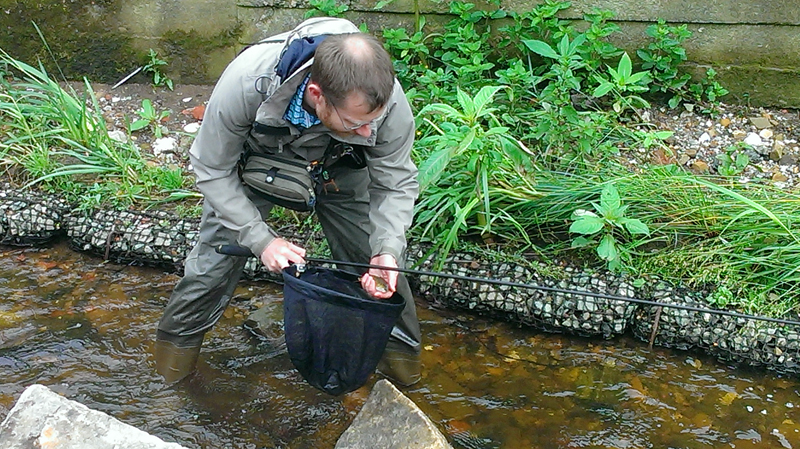 Catching and Releasing the first Fly-Caught wild trout from a stream that was dug out of a city-centre pipe was probably the highlight of 2016 for me!

Buried in a brick tunnel under England’s industrial developments of the 1800s, a section of the Porter Brook in Sheffield was brought back to the surface by a bold project co-ordinated by Sheffield City Council and involving the Wild Trout Trust, The Environment Agency and many more partners.

You can now witness the actual process of freeing the Brook from its pipe — and the creation of functioning trout-stream habitat in this short video.

But the film, below, that was made by the excellent Huckleberry Films as part of the Canal & Rivers Trust ​“Living Waterways” awards (in which this project won the ​“Contribution to the Built Environment Award”)…Well that DOES show those things too:

Hopefully, with visits from town planning staff from as far away as Bristol, this type of project will become more widespread in our towns and cities in coming years…