HOME > Trout in the Town 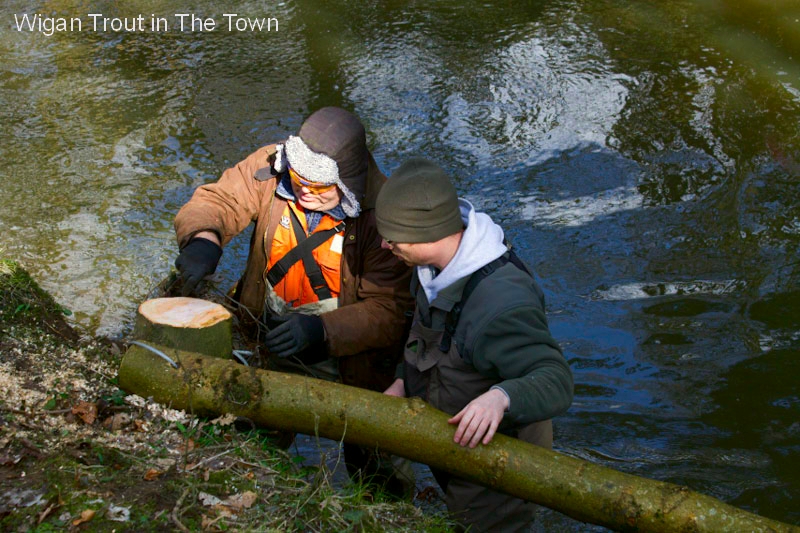 Local resident Paul Kenyon has pulled together a group of local property and land owners adjacent to the section of the River Douglas that he owns. Paul has undergone the Riverfly Partnership ​“Angler’s Monitoring Initiative” invertebrate identification and monitoring training. Through this, and regular river reconnaissance walks, he will be keeping tabs on what is a regularly and severely polluted watercourse.

A Victorian-era dyeworks along with three notorious Combined Sewer Outfalls just upstream have caused horrendous fish kills and other pollution incidents for many years. In one incident, the only surviving fish in several miles of river were those eels that managed to climb out onto the dry riverbank and ball up together in tree roots to retain sufficient moisture to ​“wait out” the passing toxic plume in the river channel.

Despite this, the very occasional trout is known to try to use this reach as home. What is more, there are planned improvements to the Combined Sewer system upstream and successful prosecutions by the Environment Agency mean that some mitigating modifications to the dye-works site may reduce the frequency with which pollution events occur.

We have provided both an Advisory Visit report and project proposal support for habitat works that will maximise the utility of habitat for trout that can use this section of river. Maintaining access to tributaries that have recently seen huge water quality improvements due to capital investments is hoped to offer two-fold advantages; firstly to act as refuge areas from pollution incidents — and secondly as potential spawning grounds following habitat works. In addition both Paul and his partner Claire Hollingsworth attended a WTT training session for running Mayfly in the Classroom  and plan to take this into local schools in 2012. 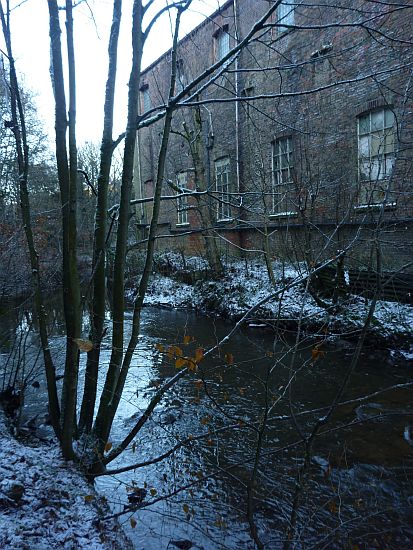