WTT Conservation Officer Jonny Grey was interviewed by the BBC about the removal of Scotton weir on the River Nidd at Knaresborough. The interview was broadcast on Farming Today this morning (28÷7) at 7.07 minutes into the programme.
At 75m wide and 4m high, it is thought to be the largest weir removal project so far in the UK. Removing the weir will open up 18km of river to migratory fish such as the salmon, sea trout and European eel. Including the Nidd’s tributaries, this is extended to 35km of rivers that removing the weir will potentially make available for salmon and sea trout spawning.

The project is funded by the European Open Rivers Programme.

More details are in this Press Release and in this news item on the BBC website. 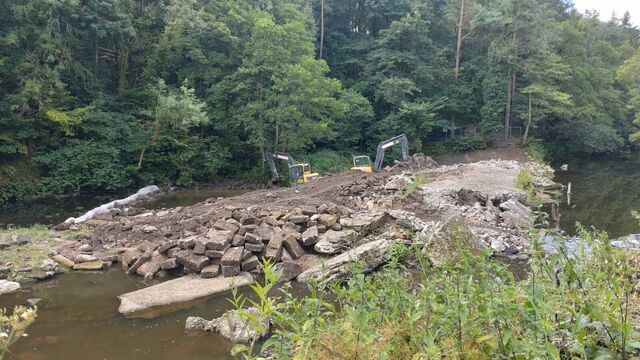