Rob Mungovan, Wild Trout Trust Conservation Officer who also lives in the community, said ​“Taking care of these chalk streams is important given the wealth of wildlife that they support. The clean water provides great habitat for wild brown trout and water voles can still be found amongst the abundant plant life.”

The work was part funded by the Environment Agency in a drive to see rivers improved to ​‘good ecological status’. The Shep provides an important nursery ground for fish that use the nearby River Rhee.

Lou Mayer EA Environment Programme Manager said, ​“The Agency works in partnership with others to achieve action for the good of our rivers.”

Local company, the Seearo Group, also helped to fund the project so that the river could be made more accessible allowing local children to play in the clean gravel-lined stream.

Clive Onslow, Director at Seearo, said, ​“I was aware of Rob’s idea’s to improve the River Shep, and am pleased to be able to help this project along. It’s great to see large machinery being used to re-build habitats when so often people see them as a cause for alarm.”

The River Shep is a chalk river that rises at the RSPB’s Fowlmere Nature Reserve from chalk springs. The river flows for ~2.5km through the village of Shepreth to meet the River Rhee at Barrington. The Friends of the River Shep have looked over the River Shep for 20 years, helping to keep it in good shape in partnership with Rob Mungovan.

The River Shep suffers from low flows with the 2019 drought making the situation particularly bad. After two dry winters ground water levels are very low which, when combined with water abstraction, puts a huge strain on the river flow and the wildlife that depends on it. The project created a new low-flow channel in the river which will make it more adaptable to the challenges of drought and climate change.

and to the local community for their patience during the delivery phase.

To find out more about the River Shep habitat improvement work and how you can get involved, contact Friends of the River Shep forshep@​hotmail.​co.​uk or visit their Facebook page. 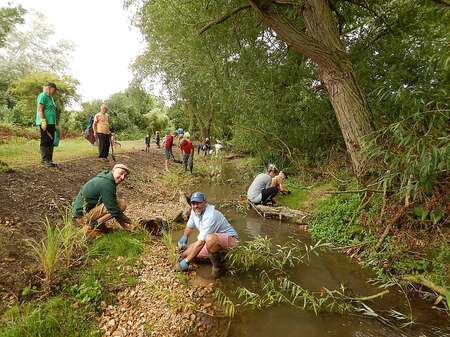 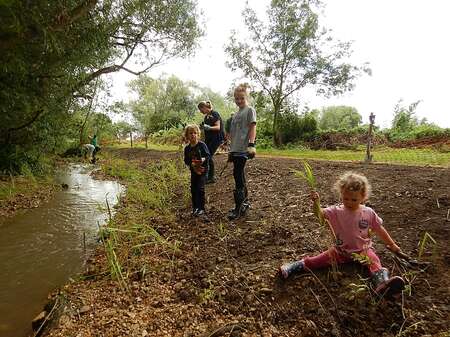 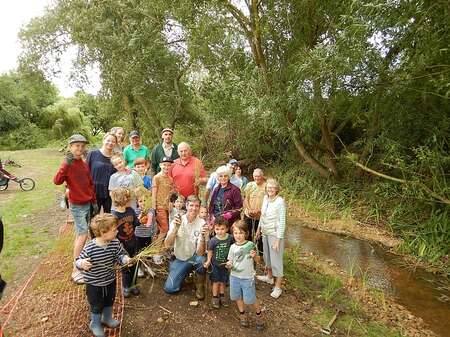