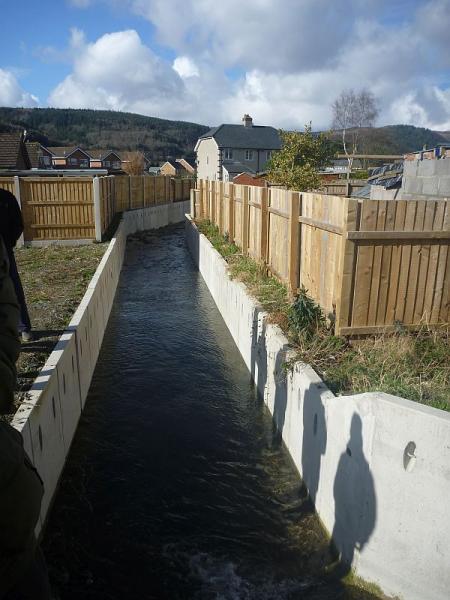 of Llanrwst Angling Club last week to assess sections of the main river Conwy – as well as a previously invaluable sea-trout spawning tributary the Afon Caes Person in Llanrwst itself. The hugely positive impacts of works to fill in approximately 200 km (and counting) of drainage ditches on Migniant Moor and return a natureal ​“sponge” effect to the top of the Conwy catchment were visible in the clarity of the (rising!) water following rains.

Such enlightened progress makes it even more inexplicable that one of the most important sea-trout spawning tributaries on the system has been trashed through an entirely inappropriate flood-prevention scheme (see photo right).
The culvert that was previously responsible for one prior recorded flooding event on the Afon Caes Person had already been tackled prior to the scheme’s construction. Moreover, alternative schemes to provide additional channel capacity could have been implemented without need to concrete over the natural stream-bed.

Not only has the spawning habitat in this reach been lost – but the concrete works have introduced additional barriers to any migrating fish attempting to reach better habitat upstream. We await with interest the impacts upon both erosion and actual (rather than perceived) flood risk arising from the works. 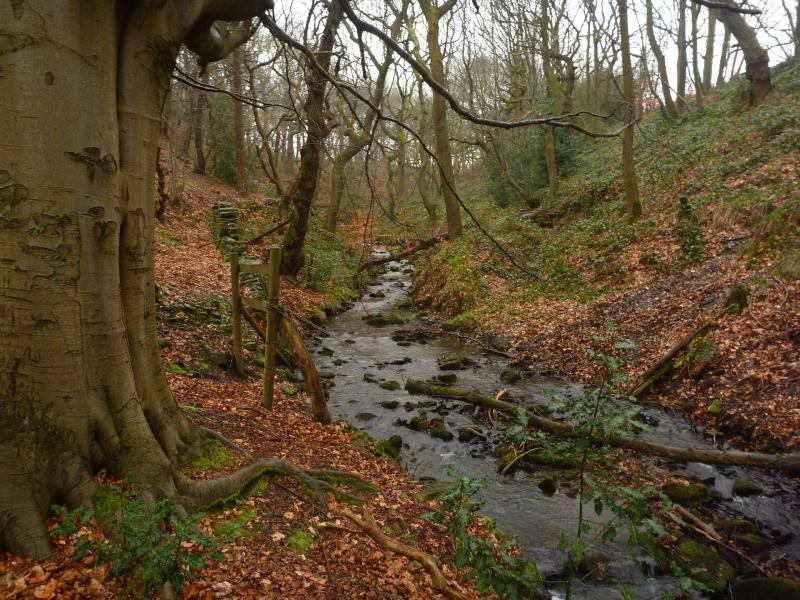 Paul was also hosted on a fascinating habitat visit to the upper reaches of the River Dearne by a local volunteer group represented by Roy Turner and Phil Slater – who are keen to explore best practice management options on what long time fisheries campaigner and activist Chris Firth (MBE) believes might be a tiny, yet invaluable, haven for a pristine wild trout population.

This tiny, woodland headwater stream runs through — and in some cases directly beneath – urban development that includes a large industrial mill site. A huge pollution incident from this urban area, combined with barriers to upstream migration and an absence of any stocking, are likely to have left fish that remained above this rubicon to breed in isolation.

Paul found many positive habitat features in the lovely and tiny woodland stream and we are looking forward to the results of future fish-population sampling to be carried out by Chris and colleagues in the Don Rivers Catchment Trust.