As any discerning fly angler knows, trout can feed extensively on terrestrial insects that fall onto the surface of the water. New research published this week (link here) has shown how these terrestrial inputs, essentially subsidies to waterbodies, shape the structure of stream food webs. 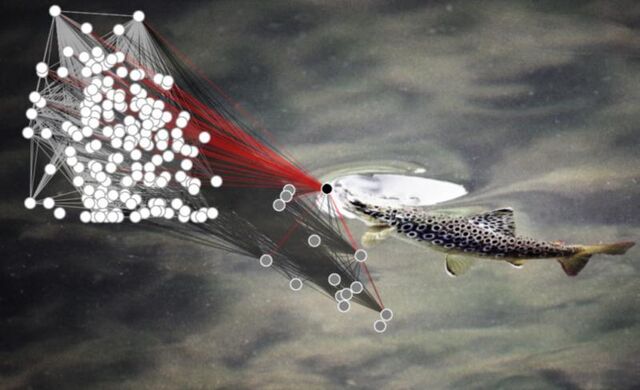 The study team sampled invertebrates and fish from thirty-one streams, from headwater streams of the Scottish highlands to the lowland chalk rivers of Southern England, to produce the largest set of detailed food webs to date. Brown trout were the largest and most common species found within these streams.

The researchers (including WTT’s own Research & Conservation Officer, Prof Jonny Grey) report that trout reach much higher abundances than one would expect based upon energetic food web models; put simply, there’s not enough food available that is produced within a waterbody to support the weight of trout found. 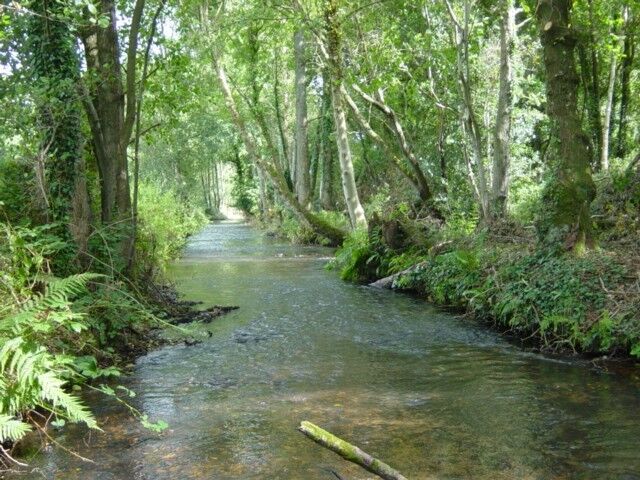 In one location, the Tadnoll Brook in Dorset, trout stomach contents were examined frequently throughout the year (by gastric lavage or stomach flushing, a non-destructive method) allowing the team to determine variability in the reliance of trout on terrestrial prey inputs. Approximately 50% of trout diet was made up of terrestrial prey but this figure increased to as much as 90% in the summer months.

“There are some established rules that allow ecologists to predict the abundance of predators or prey within food webs. Feeding on terrestrial prey allows the trout to gain additional energy and hence bend these rules” said Dr Dan Perkins from the University of Roehampton, the lead author of the study.

Brown trout can be found in at least 50 countries across the globe and are an economically valuable resource; this supplement to their diet is thought to be important in explaining their maintenance of populations across such a widespread distribution and their ability to (re)colonise systems shortly after environmental disturbances.

If you’re super keen, contact Jonny for a full copy of the paper.