Three Fly Challenge at Meon Springs raises £1,800 for the WTT

An extremely successful WTT fundraising event was held at Meon Springs Trout Fishery in June 2012, raising over £1800 for WTT practical projects. Eighteen anglers competed for the top prize of a Sage Z‑Axis rod and a beautifully engraved glass tankard, with the eventual winner being Ron Wilder, a conservation volunteer on the Sussex Rother (and obviously top angler!). Ron’s final and winning fish was taken five minutes before that of runner-up, Steve Smith! 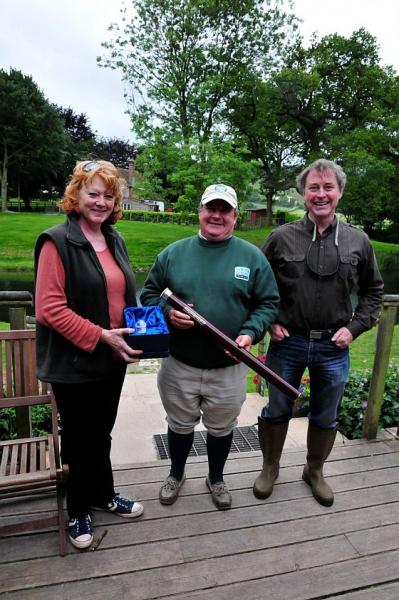 The event was excellently organised again by WTT volunteer Neil Mundy and the fishery was in tip-top form, thanks to the work of the staff at Meon Springs. Prizes were presented by Mrs. Harriet Poland, mother of Pasco James, a twenty-two year-old, mad-keen trout fisher and conservationist who so tragically died in February 2010. The monies raised go into a Pasco James Fund, from which WTT can draw for practical projects on the Meon. Last year, in partnership with the Environment Agency and local residents, we completed some habitat enhancement work on the river in the village of Meonstoke, improving marginal habitat and opening access to several kilometres of river by installing an easement on a weir. More details of this project are available here.

Massive thanks to Neil Mundy, all at Meon Springs Trout Fishery, the anglers who supported the day and to Sage rods for the generous, ongoing sponsorship of WTT. The date for the 2013 Three Fly Challenge is already set for Saturday 22 June 2013 – watch the website or contact the WTT office for details.

If you would like to run a similar fundraising event in your patch, Neil Mundy has kindly produced for WTT a ​‘how to’ guide – contact Denise Ashton on dashton@​wildtrout.​org. 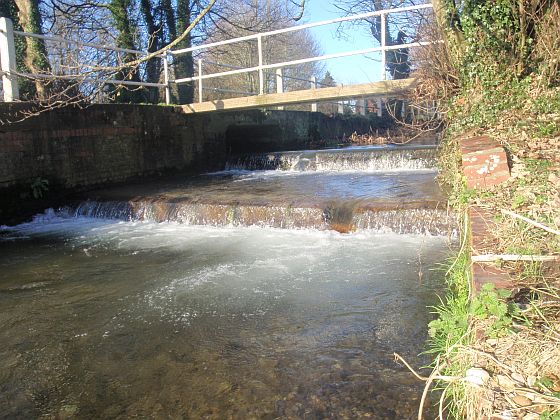 The easement in Meonstoke, easing passage for fish to several kilometres of upstream habitat – one product of funds raised in the Three Fly Challenge 2011.