Salmon spawning thanks to weir removal

Following a major weir removal project at Snake Lane on the River Ecclesbourne in Derbyshire in the summer of 2022, we have evidence that salmon are now able to move upstream and spawn, above the site where the weir was removed. This is a fantastic result, exactly what we hoped for!

The photo below shows a hen salmon that was probably around 10 or 12lb when she was alive. The salmon has been part-eaten by predators, but we’re hopeful she spawned before her death. The salmon was found about half a mile upstream of where the weir was removed.

Our thanks to eagle eyed WTT supporters John Thornhill and Pete Schofield for letting us know, taking the photo and collecting a scale for analysis. They are as delighted as we are to see their local river opened up for salmon – and trout – to spawn. 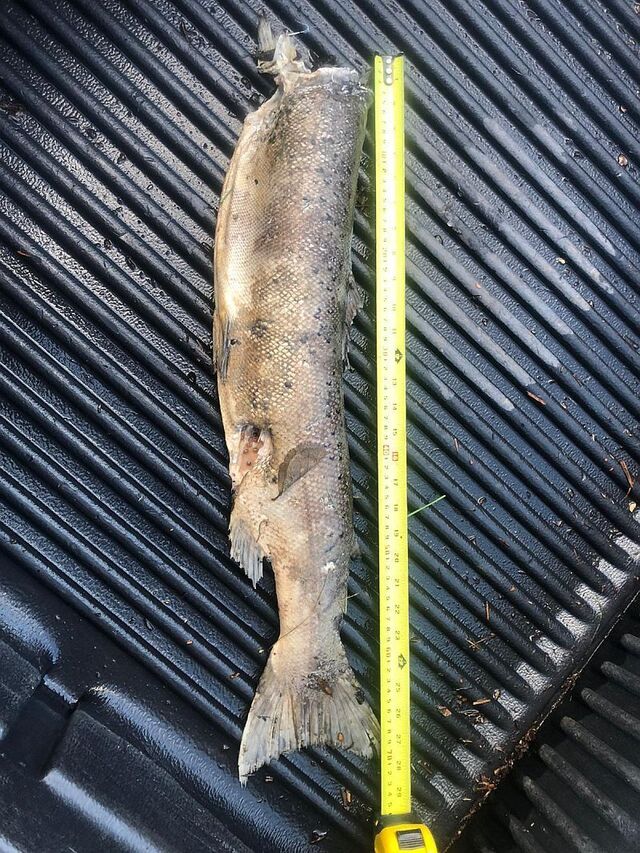 Remains of a spawned-out salmon on the River Ecclesbourne. Photo: John Thornhill
Share