Defra and NRW have today released their assessment of salmon and sea trout stocks in England and Wales.

For salmon in England:
In 2020, 20 salmon rivers (48%) were thought to be ​‘at risk’ – meaning salmon stocks are no longer at sustainable levels — but in the latest report this has now risen to 31 (74%) with rivers in the South-West, North-West and Wales considered to be the worst affected.

For Wales:
In 2021 Wales recorded the lowest catches of both salmon and sea trout since consistent records began in the 1970s.

‘This represents the worst level of salmon and sea trout stock performance ever recorded in Wales and is of major concern indicating that many stocks are now in serious trouble and at risk of failing to maintain sustainable populations in the future’. 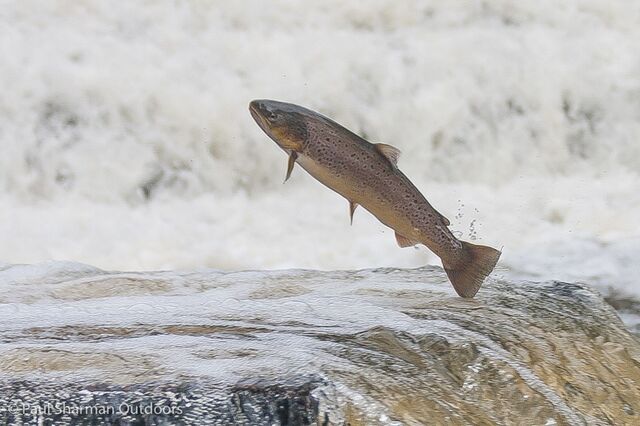 Salmon and sea trout face issues both at sea and in our rivers. It is hugely worrying to see such declines in populations. What can we do?

‘We must make sure these amazing salmon and sea trout can get where they need to go – upstream to spawn as adults and downstream to sea as youngsters – by removing the barriers, like weirs, in their way. Then, make the habitat they need to spawn and start life as good as it can be. Then, as best we can, make sure there’s water in the river, when and at the amounts the fish need. And make sure the water quality is good for these super-sensitive fish – we’re shamefully allowing our rivers to be polluted by sewage and agriculture.’