Restoring the Lyme Book in Newcastle-Under-Lyme 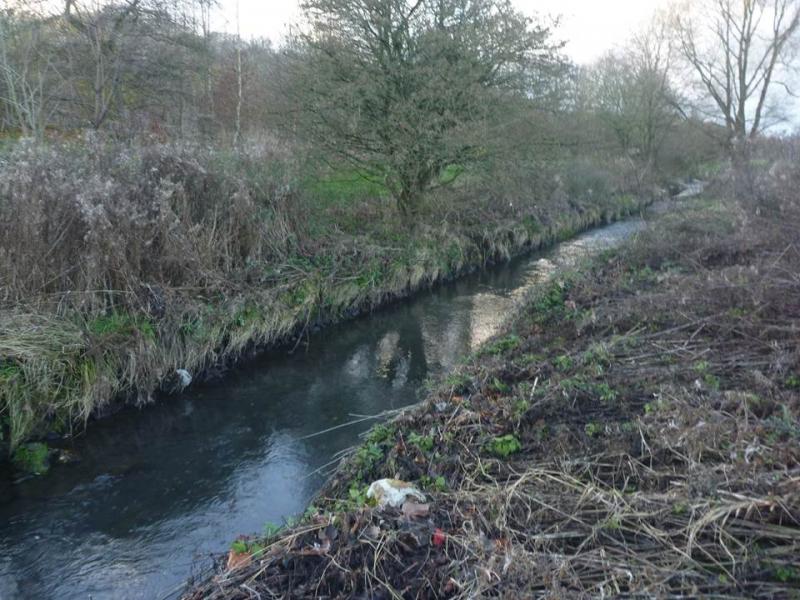 very rapidly for a Trout in the Town habitat project on the Lyme Brook in Newcastle-Under-Lyme.

Following initial meetings to identify potential projects, Paul Gaskell of the WTT was able to produce a design for a series of measures on this urban tributary of the River Trent that had been extensively straightened. Constraints of budget and the formal park setting and huge historic changes in the landscape (including use as a land-fill site) meant that it was not feasible to re-establish the brook in its ​“paleo-channel” (i.e. its original riverbed). However, simple actions were used to recreate additional sinuosity, cover for juvenile and adult fish, pool habitat for adult fish along with spawning habitat which also features vital cover for pre-spawn adults. Using a mini-digger to re-profile river banks and and riverbed features to generate scouring flows into the new features enabled ​“self-maintaining” pool habitat to be created. Without those localised flow modifications, pool habitat would rapidly fill in with riverbed material. 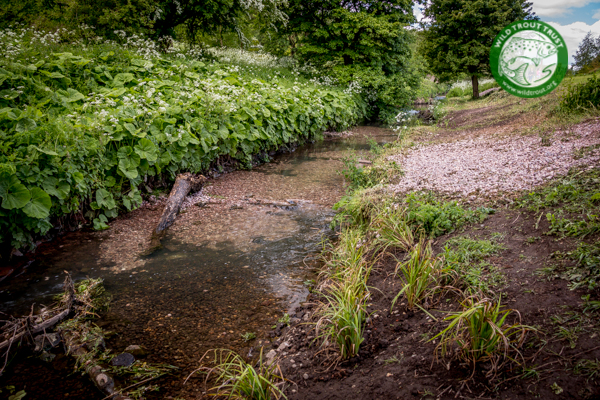 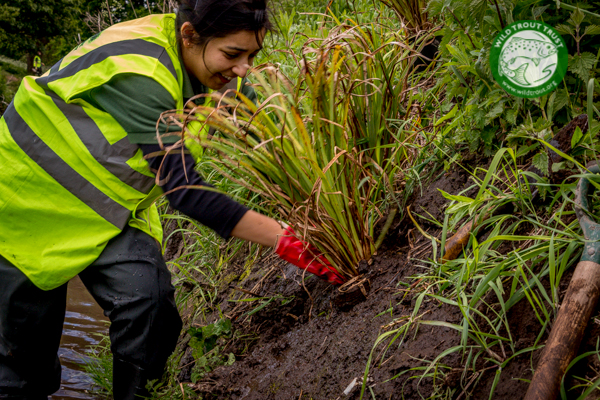 Crucially, the new pool habitat was complemented by introducing brash cover, large woody debris and supportive planting of sedge grasses and flag iris. Because a weir that used to block access up the brook from the main river is now gone, we hope that over the next few seasons trout will find their way up at breeding time to make use of the opportunities for spawning and the oft-neglected juvenile ​“nursery” habitat.

The clear support and enthusiasm of key regional E.A. staff and Staffordshire Wildlife Trust and Groundwork has been critical to the success of this ​“test case” project.

simultaneously training up staff and volunteers from the partnership. In order for this to happen, Groundwork took on the logistics of obtaining permissions based on our design (again with relevant E.A. staff greatly facilitating this process) as well as arranging volunteer days to complete the works and securing contractors for material supplies and plant operation.Local council support was also evident – and was crucial to the rapid establishment and delivery of the project in the settings of a council-maintained urban park. 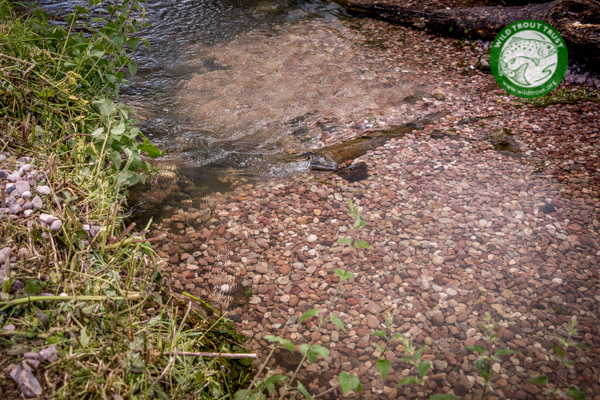 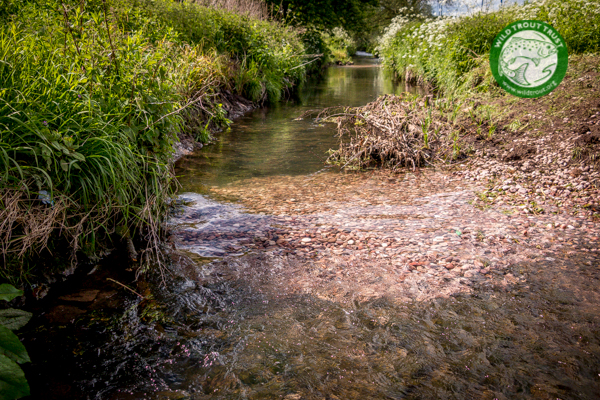