Project completed on the River Great Stour in Kent

This project took place on the River Great Stour near Ashford in Kent and the main construction phase was completed in August 2013. The objective was to create a varied habitat for flow loving fish over a 600m reach that would work in both low and high flow conditions, as well as provide improved cattle drinks and a doggy dip / drink area.

The river, like many across the UK, had been unsympathetically dredged and the banks were damaged by cattle. During summer low flow periods, the over wide channel became choked with reeds and potentially created a flood water conveyance issue during high flows. The answer was not to simply re-dredge the river, but to create a self sustaining channel with natural form and function that would be more resilient to flood and drought, and provide habitat for flow loving fish including trout, dace and chub.

This delivery of this project was a partnership between the Wild Trout Trust, the Godinton Piscatorials, the Godinton House Preservation Trust and the Environment Agency (EA).

Funding was provided by the SITA Trust, the EA and a private donor.

Before the project. Where is the river ? 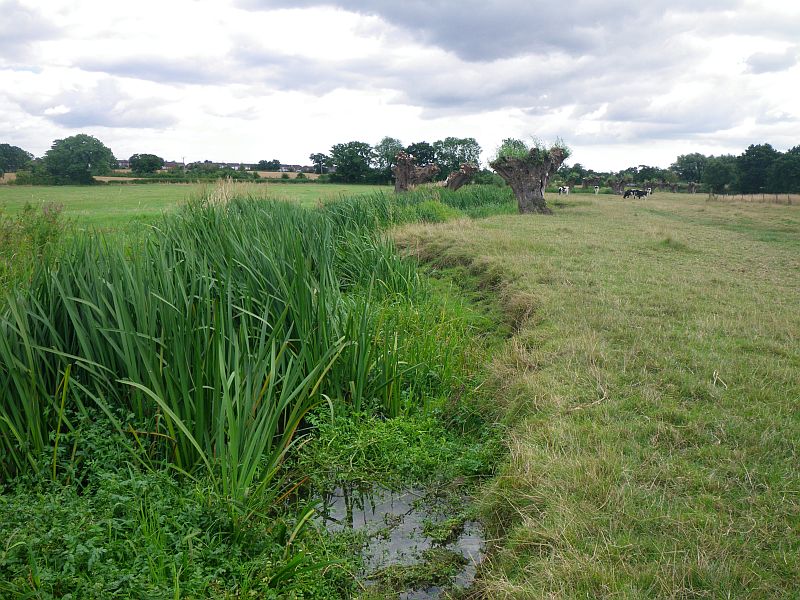 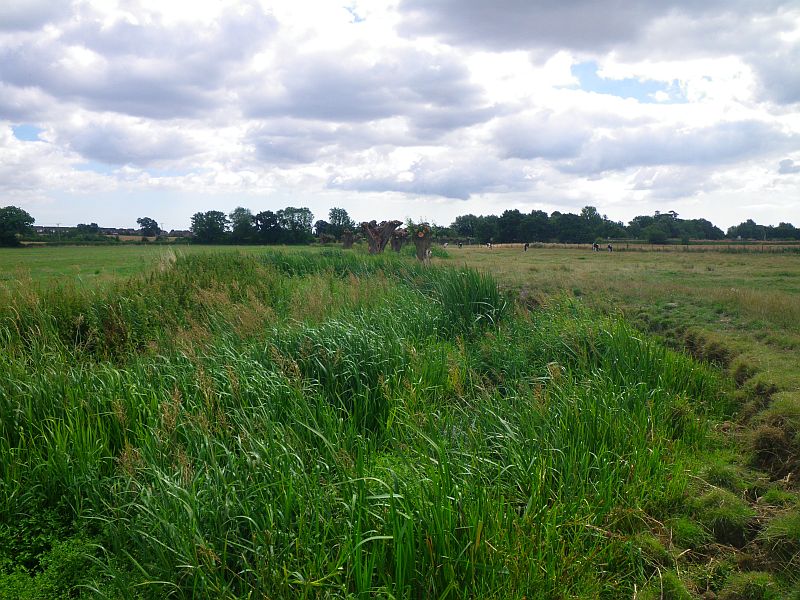 The reed mass was pulled back and squashed to form a ‘ two-stage’ channel to support high and low flows. The inside bends of the meanders in the channel were extended with faggot revetment and brash mattress to encourage the river to develop a more natural form. 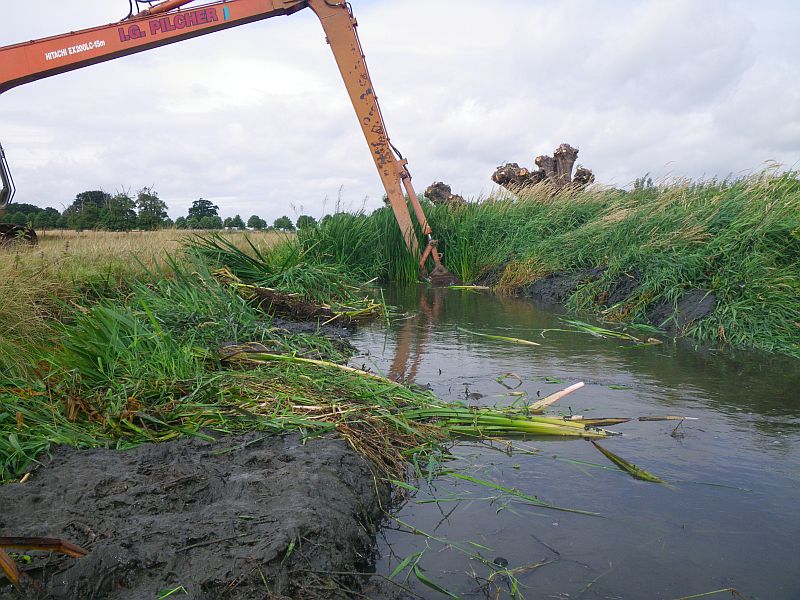 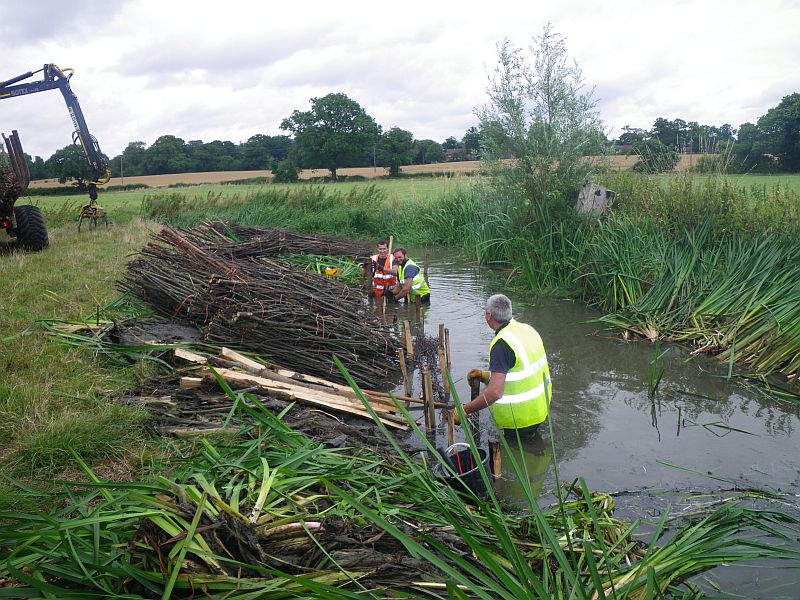 800 tonnes of gravel were imported to raise the river bed and create slight gradient, encouraging faster flow velocities and the development of natural features in the channel. 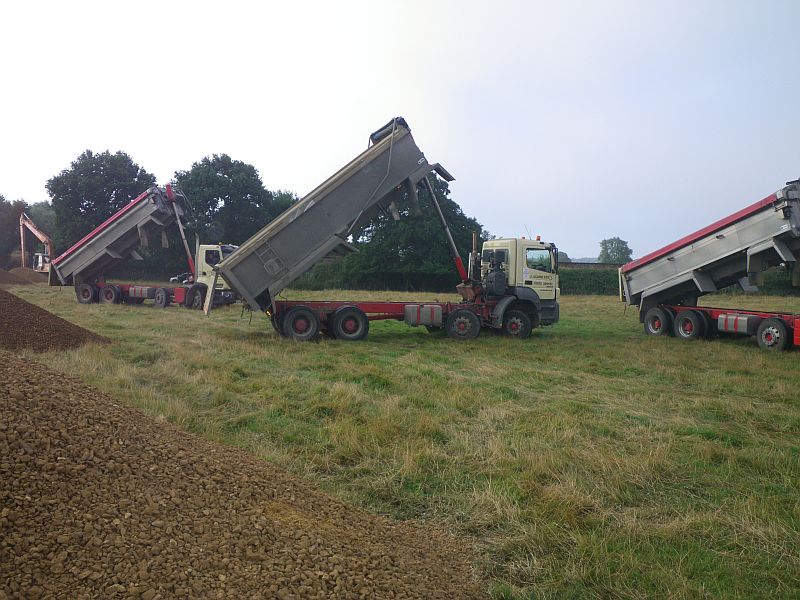 After construction.
Inevitably the site looks very ​‘raw’ immediately after work has been completed, but plants will rapidly recolonise the areas of bare earth through the late summer and autumn, ahead of winter increases in flow. Now that the main work has been completed, the river will be fenced in September and trees will be planted over the winter.

As well as creating a clear flowing channel, there is shallow riffle habitat at the head of the reach. 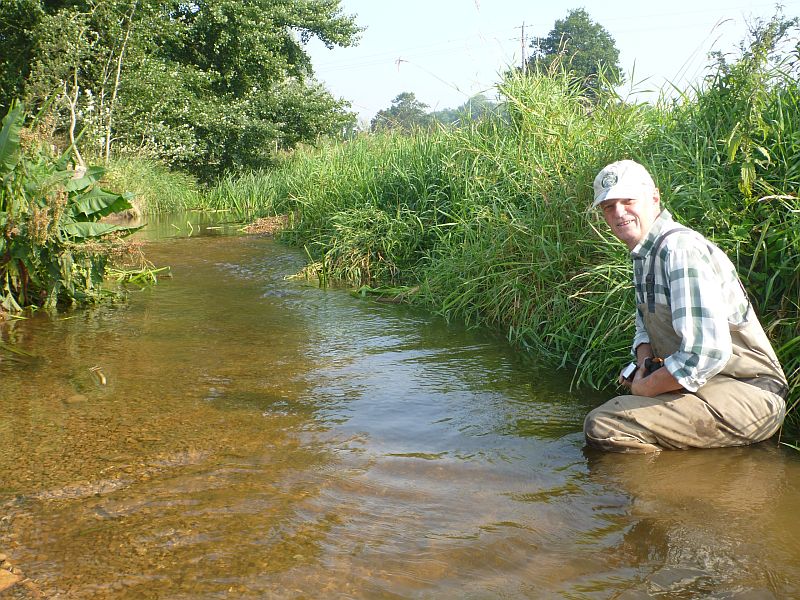 River flow has been substantially increased over the whole reach with minimal impact on the overall water levels — a less than 50mm lift in upstream water levels was measured. Meanders have been accentuated, which means that the faster flowing water on the outside of the bends should remain clear of encroaching reed even during lows flows. 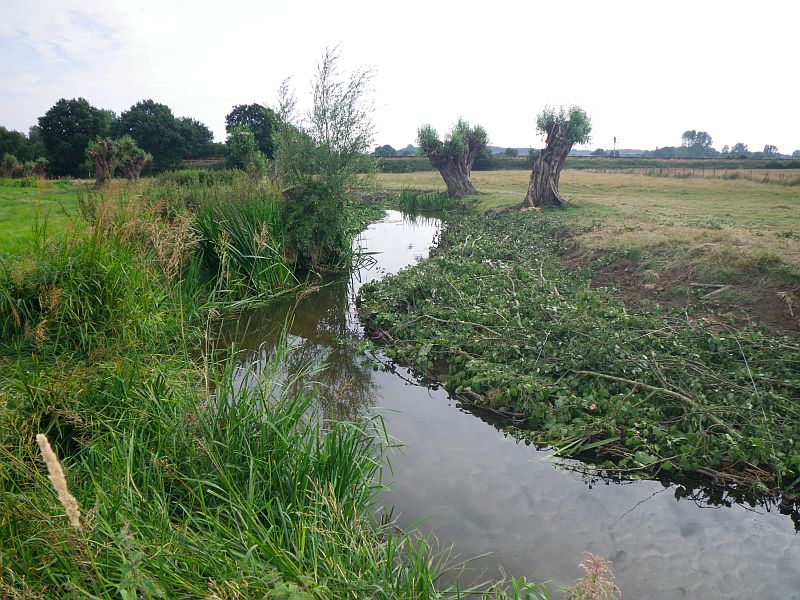 Cattle drinks with substantial cobble and gravel foundations have been created to allow access with reduced erosion impact. Cattle were excluded during the construction phase and will be allowed to return to the drinking areas as soon as the banks have been fenced. 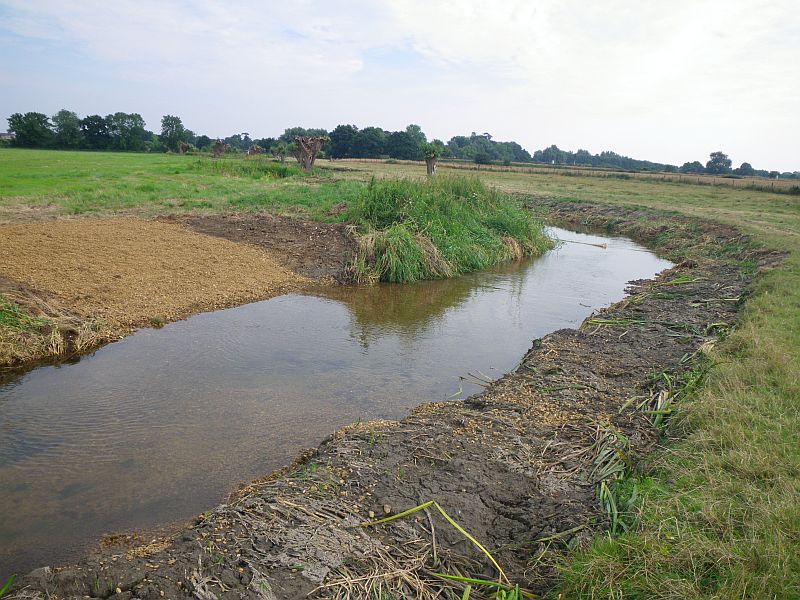 Large woody debris has been installed to encourage the river to create natural scour pools and to protect the soft banks from erosion during high flows. 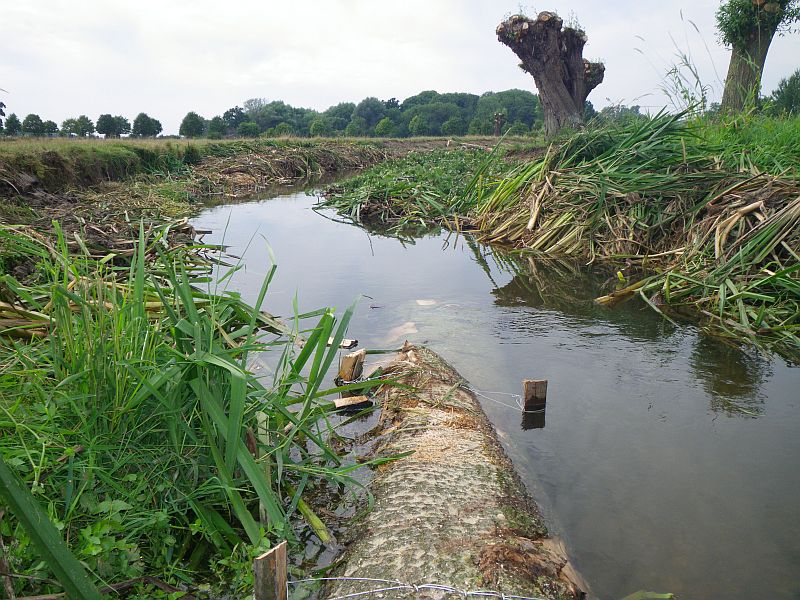 The river is a popular area for dog walkers, so a doggy dip / drink has been created where dogs can access the river safely and with minimum impact. There are some tree trunk ​‘seats’ for the public to enjoy a rest and look at the wildlife in the river too ! 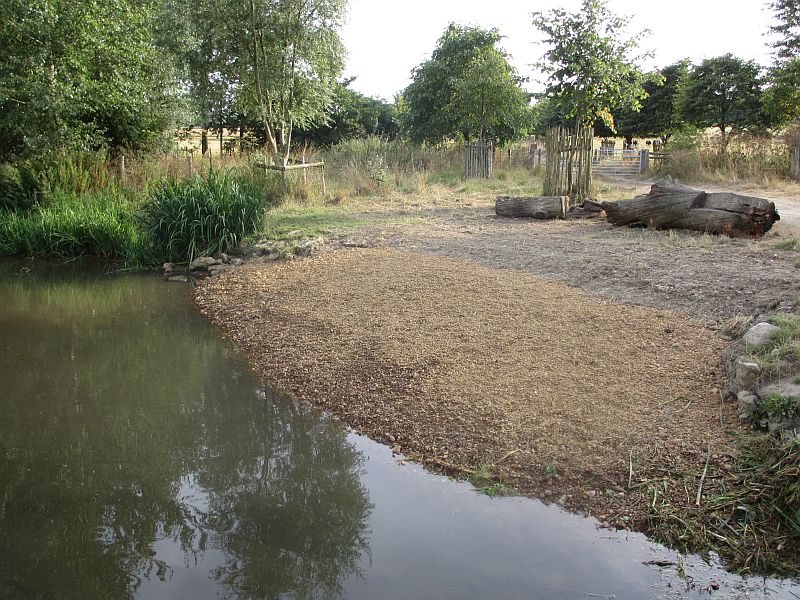