The third of our summaries of Conservation Awards finalists:

This vast project to build a rock ramp on the River Almond in West Lothian was led by Forth Rivers Trust (FRT), in partnership with West Lothian Council and Edinburgh City Council, funded by the Heritage Lottery Fund, Scottish Government and SEPA’s Water Environment Fund. The Almond is fragmented by barriers including a large weir at Howden, removal of which is deemed impossible because of an upstream road bridge.

So, Atlantic salmon, sea trout, eels and lamprey were severely restricted, barely able to access more than the bottom third of the catchment. The solution was a huge rock ramp that would not only improve fish passage but provide educational opportunities, create employment and a place for the community to visit, improving physical and mental wellbeing. The broader project is to tackle seven barriers, with the Howden rock ramp one of the most technically challenging, the UK’s longest at 185m! Construction of the ramp was completed only in May 2019, so it’s hard yet to tell if it’s completely successful, but FRT expect it to be so, for all species and sizes of fish. However, otters are clearly visiting this area as are people from the local community – 350 children from 12 schools have taken part in FRT’s work and hundreds of volunteers involved in litter picking, electric fishing, invasive weed spraying and path building. Social media reach from the project has been great, reaching a high-point of 58,000 followers in the autumn of 2018. 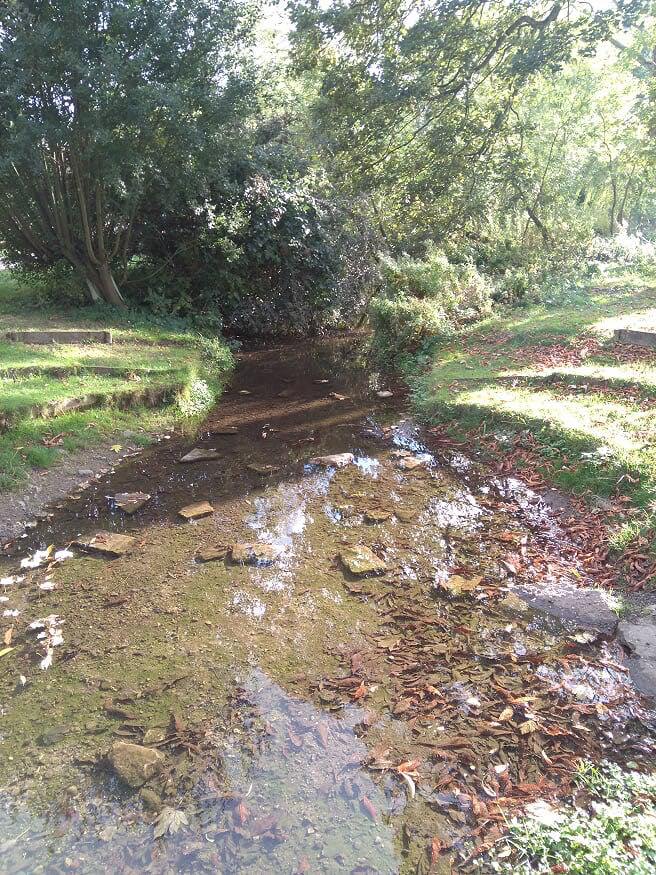 The second of our summaries of Conservation Awards finalists:

The limestone becks of Lincolnshire can be home to important species such as the water vole, brown trout and native crayfish, alongside a substantial array of regionally and nationally rare insects, but historic changes to the becks including dredging and straightening along with more recent stresses from abstraction and pollution have resulted in degraded habitat for wildlife.

The Community Project site upstream of the village of Branston near Lincoln offered a great opportunity to improve habitat for spawning brown trout and other wildlife and also involve locals in creating an attractive yet biodiverse section of accessible stream. This project, led by Lincolshire Rivers Trust, set out to:

We are sad to report the death of Malcolm Greenhalgh at the weekend. Malcolm was a true friend and huge supporter of the WTT in his role as Vice President. Many will know him through his articles for Fly Fishing and Fly Tying and his many books. He was a highly respected angler for both salmon and trout, an expert fly tyer and had a deep knowledge of his home patch – the River Ribble in Lancashire. Condolences from all at WTT to Malcolm’s many friends and family. 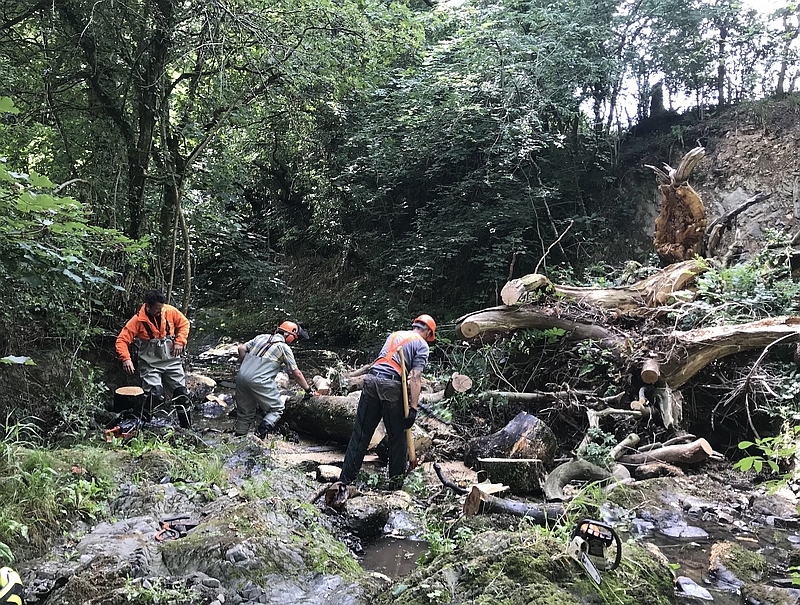 “Adopt a Tributary” and water quality awareness work across the River Towy has been a project headed by Carmarthenshire Fishermen’s Federation (CFF), representing anglers, angling clubs and riparian owners across rivers in West Wales. The project set out to initiate a Towy-wide “Adopt a Tributary” project and raise awareness of the state of the counties’ waterways. The success of the project has outgrown the voluntary capacity of CFF, with management passing to the West Wales Rivers Trust (WWRT) from summer 2019, formally funded by Welsh Water (WW) and Natural Resources Wales (NRW) and supported by Afonydd Cymru (AC) and private donations.

Conservation Awards - photos of the evening 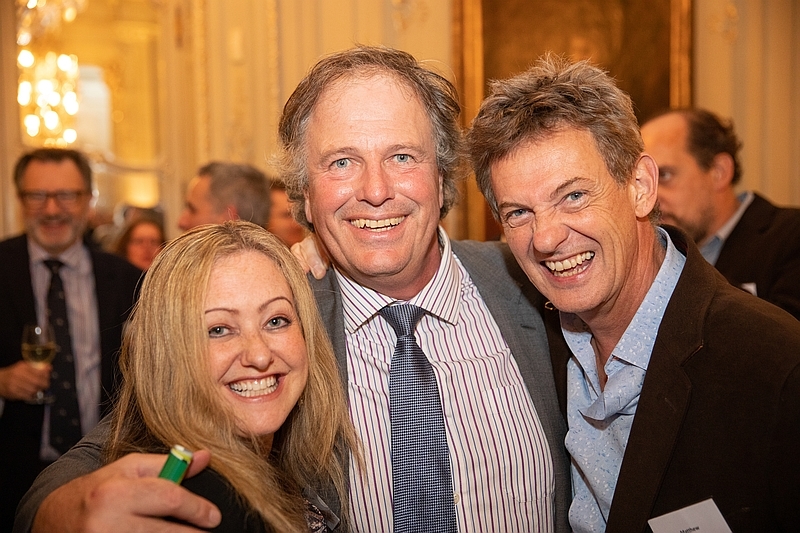 Our photographer, John Sutton, took some excellent photos of the Conservation Awards evening held at the Savile Club in London last week. It was uplifting and inspiring to see so much good work taking place.

Click this link to the photo album:  https://zenfolio.page.link/vhndA  Password WTT2019HR.Conservation Award Winners details here and the winner of the Bernard Venables Award here. 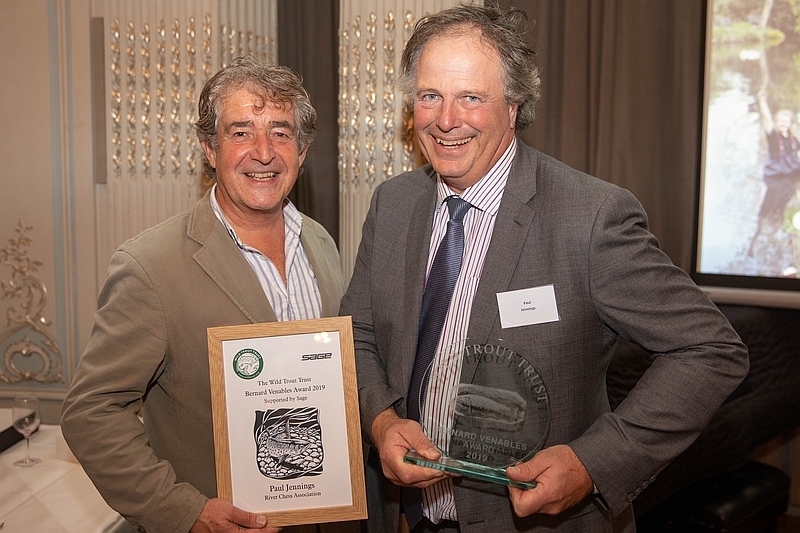 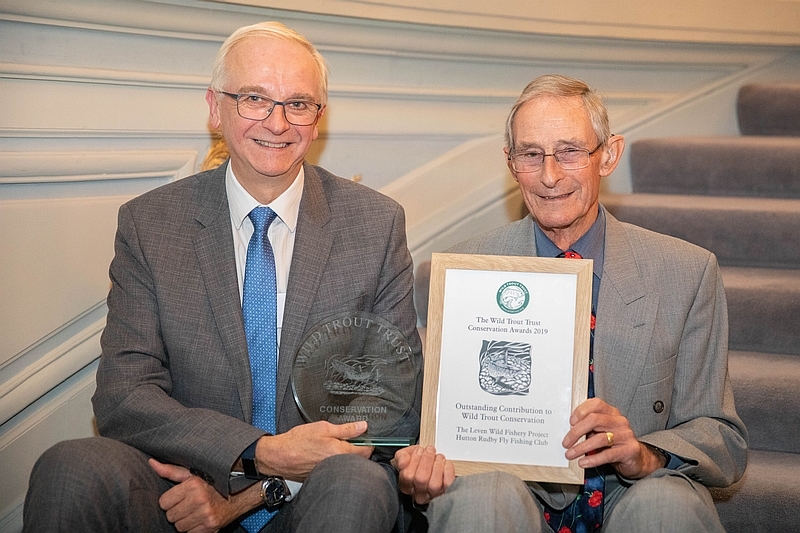 River Darent at Eynsford gets a make-over 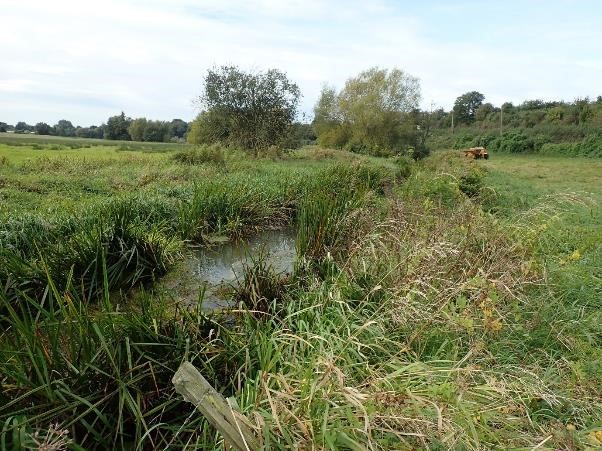 The Darent Valley Trout Fishers, the Environment Agency and the Wild Trout Trust have teamed up to improve two sections of the River Darent near Eynsford.

The most striking element of the enhancement has been to restore a long section of river that previously had sluggish flow, full of soft sediment and choked with emergent burr reeds, as a direct result of excessive dredging work carried out many years ago. A key part of this scheme was also to improve flood plain connectivity, as well as providing habitat capable of supporting flow-loving fish species like trout. 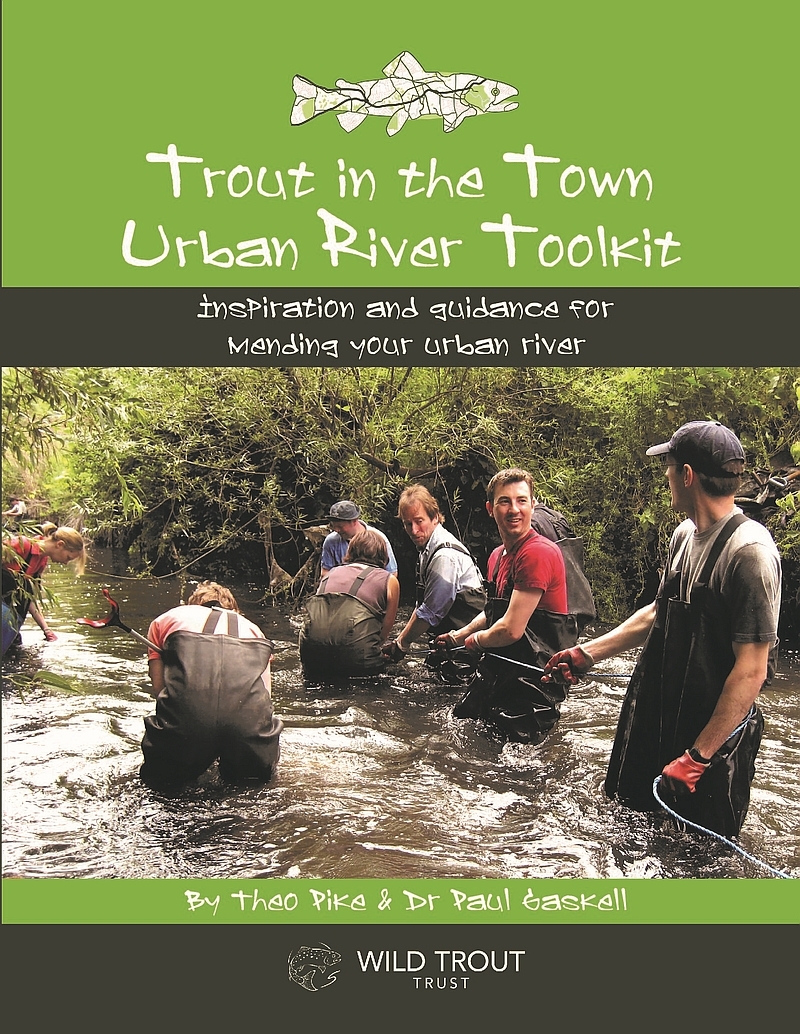 So one of my first tasks, as Trout in the Town Officer for the south of England and Wales, was to sit down and think: “What else did we want to know when we started the Wandle project all those years ago? And what’s changed since then?” 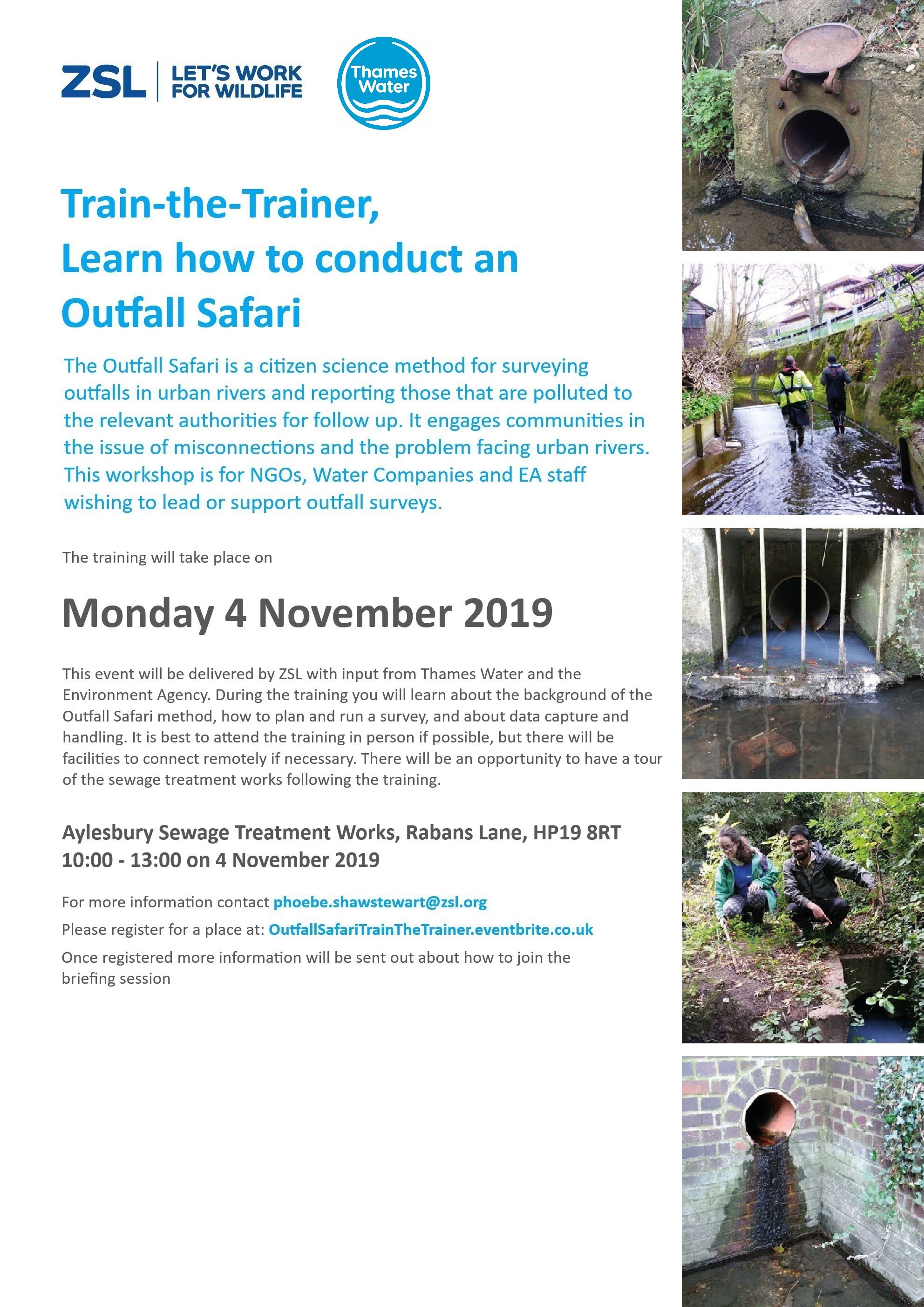 The Outfall Safari is a citizen science method for surveying outfalls in urban rivers and reporting those that are polluted to the relevant authorities. A ‘Train the Trainer’ session is taking place on Monday 4 November at Aylesbury Sewage Treatment Works for those interested in leading or supporting Outfall Safaris.

For more details including registration, see below or click here.

In Memory of Tony Donnelly 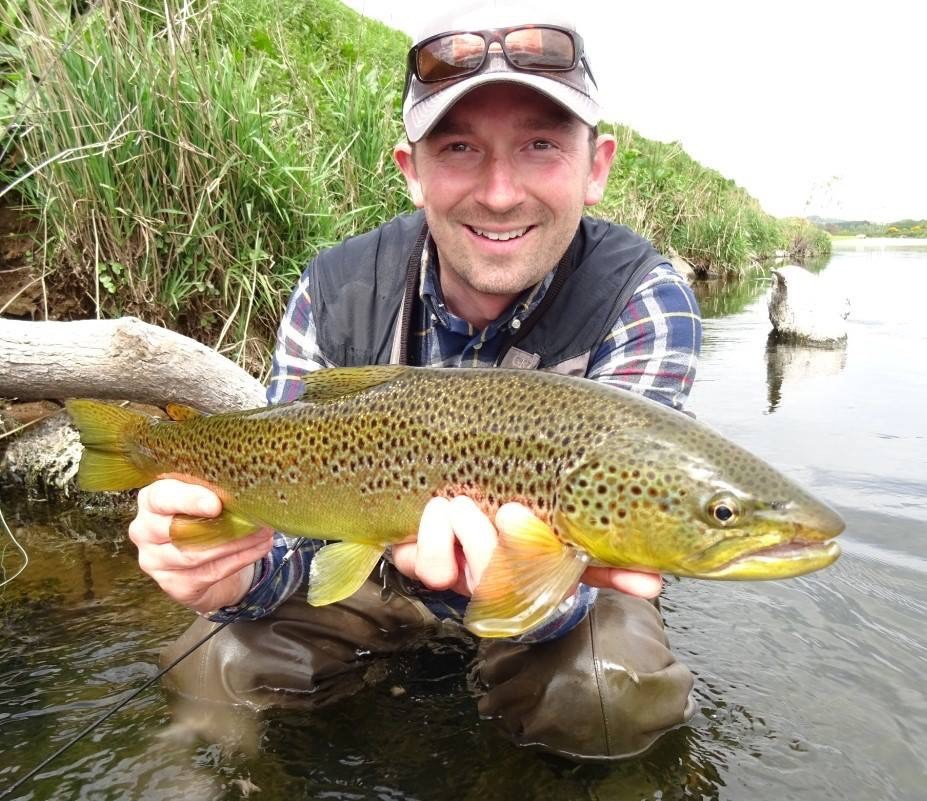 All of us here at the Wild Trout Trust were incredibly saddened to hear about the untimely passing of Tony Donnelly. Those who have visited the River Annan in recent years may remember Tony as the Rivers Trust and Fishery Board Director, where he worked until very recently, before heading north to take up the Director’s role at Cromarty Firth Fishery Board and Trust.

Tony has been a good friend to WTT over the years, and a mate to our staff, supporting our conservation work through project collaborations and guiding lots on the Annan for our auction, which proved ever-popular with bidders. His passion for trout and grayling conservation, in addition to salmon, demonstrated his broad knowledge and understanding of fishery management. Tony was an accomplished fly-tyer and trout, grayling and salmon angler himself and his presence will be sadly missed on the banks of rivers, burns, lakes and lochs around Britain. Our sincerest condolences go to his family. 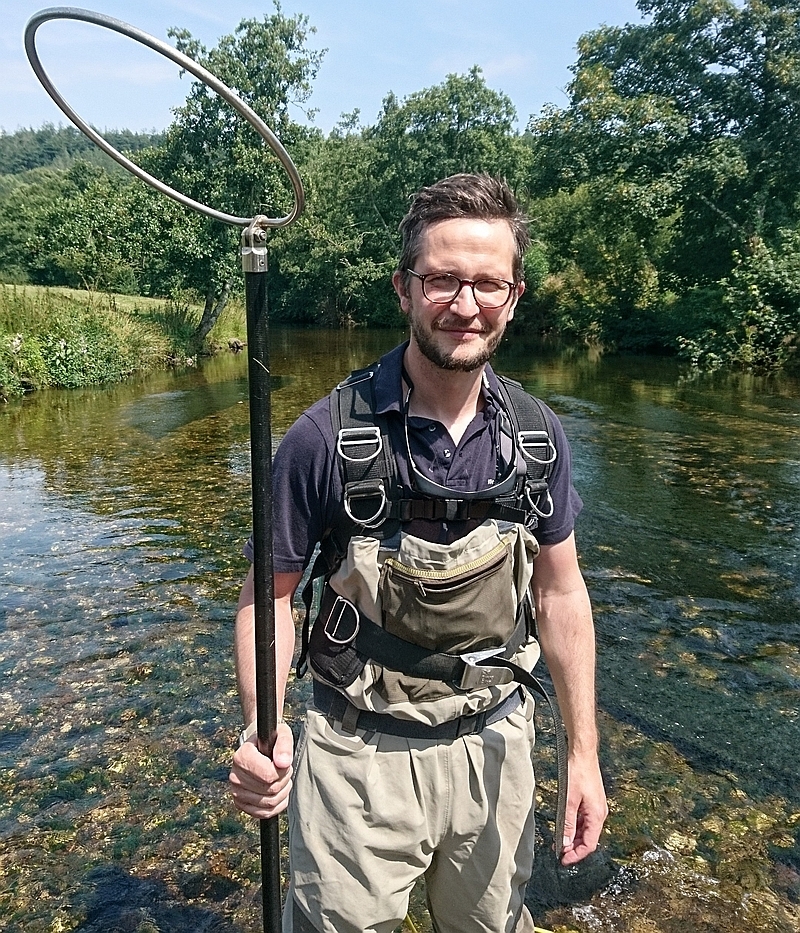 Bruno joins us from the Westcountry Rivers Trust where he was responsible for their Angling Passport scheme including the award-winning app Fish Pass. He brings a wealth of skills to the WTT including design and photography, IT, project management and a chainsaw ticket! Most importantly he is a committed conservation minded trout angler.

Bruno will be running the WTT auction and other events as well as getting involved in river habitat project work. He will continue to work part time with WRT for a few months; maintaining the Angling Passport and helping his successor ease into the role. 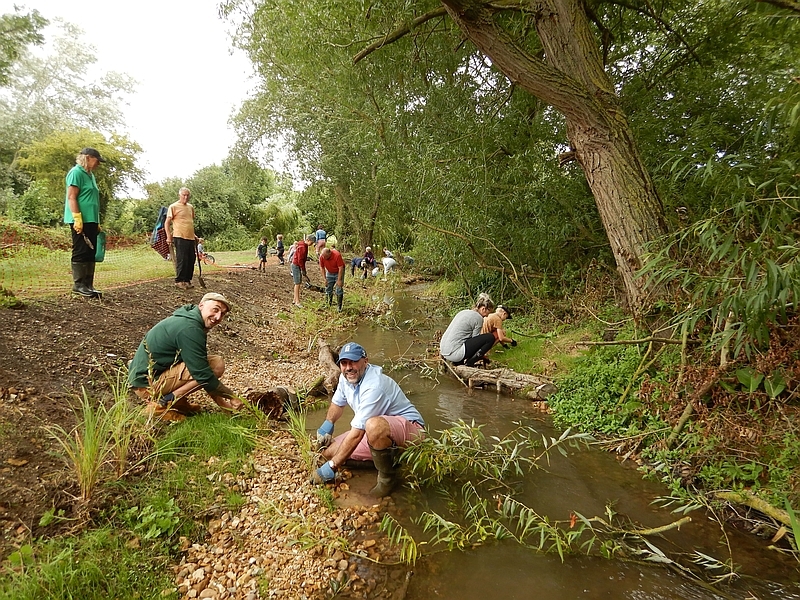 The brown trout genome has been fully sequenced!

The Wellcome Sanger Institute today announced that they have ‘sequenced’ the brown trout genome. Genetic analysis is a crucial part of understanding how organisms function. The secrets to their unique abilities could be hidden in their DNA. So far only a tiny number of organisms have been analysed to this level of detail, but the brown trout, Salmo trutta, is so amazingly adaptable that understanding its genome may hold answers to helping the species survive climate change and other challenges.

For more information, read this blog and this article.

Grim News for Our Rivers? 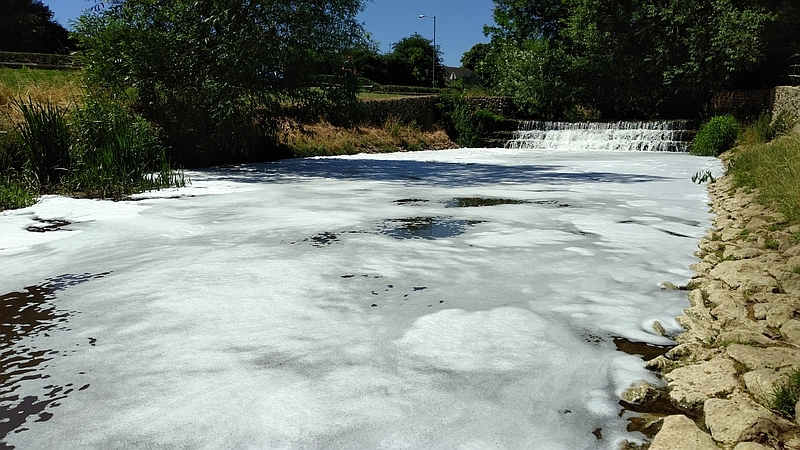 The BBC today tells of grim forecasts for our rivers: https://www.bbc.co.uk/news/uk-england-49131405

Link to the background information for this report.

The piece paints a sad tale of the current quality of our rivers and hints at reduced ambition among the powers-that-be to meet previously-set targets for the future to make things better.