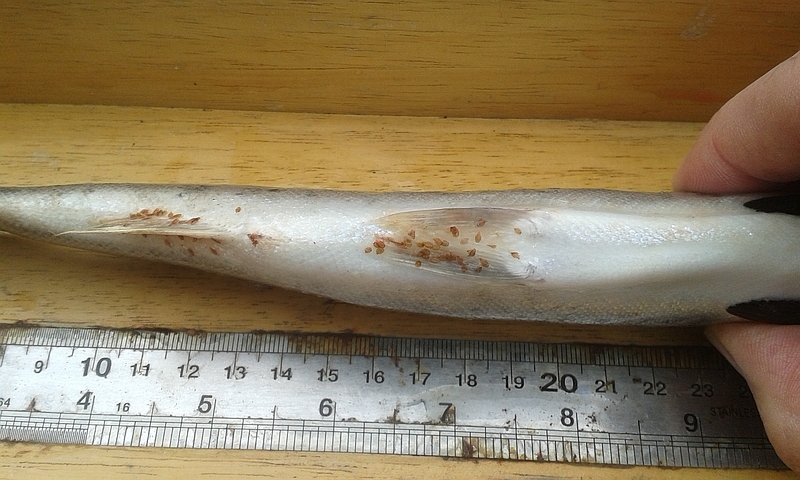 Last night’s Panorama (BBC 1, 20 May 2019) considered some of the environmental impacts from salmon farming. Many of the issues raised in the programme were addressed in a report to Scottish Government by its own Rural Economy and Connectivity Committee (REC), in November 2018, available here

Sadly, this report (and the Panorama programme) greatly underplayed the potential impact on sea trout populations from salmon aquaculture, highlighted by many scientists, including in WTT’s 2019 Salmo Trutta by Paddy Gargan:A PDF of that article is available here.

This is an exciting opportunity for a competent and enthusiastic individual to take the lead on the delivery of a major capital investment programme for the River Mease. Applicants will need to have experience in developing and delivering environmental projects coupled with strong financial and reporting acumen. 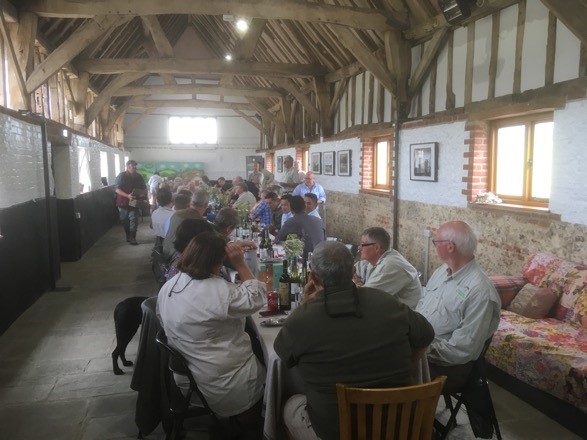 This role will be in the region of 3 days per week and £18,000 p.a. + pension contribution, mileage expenses and holiday entitlement pro rata 25 days/year + public holidays; initial 12-month contract.

The Wild Trout Trust (WTT) is a registered charity dedicated to the protection and survival of the iconic brown trout, a living indicator of the health of the landscape around us (www.wildtrout.org).

WTT journal 2019 - feedback and thanks 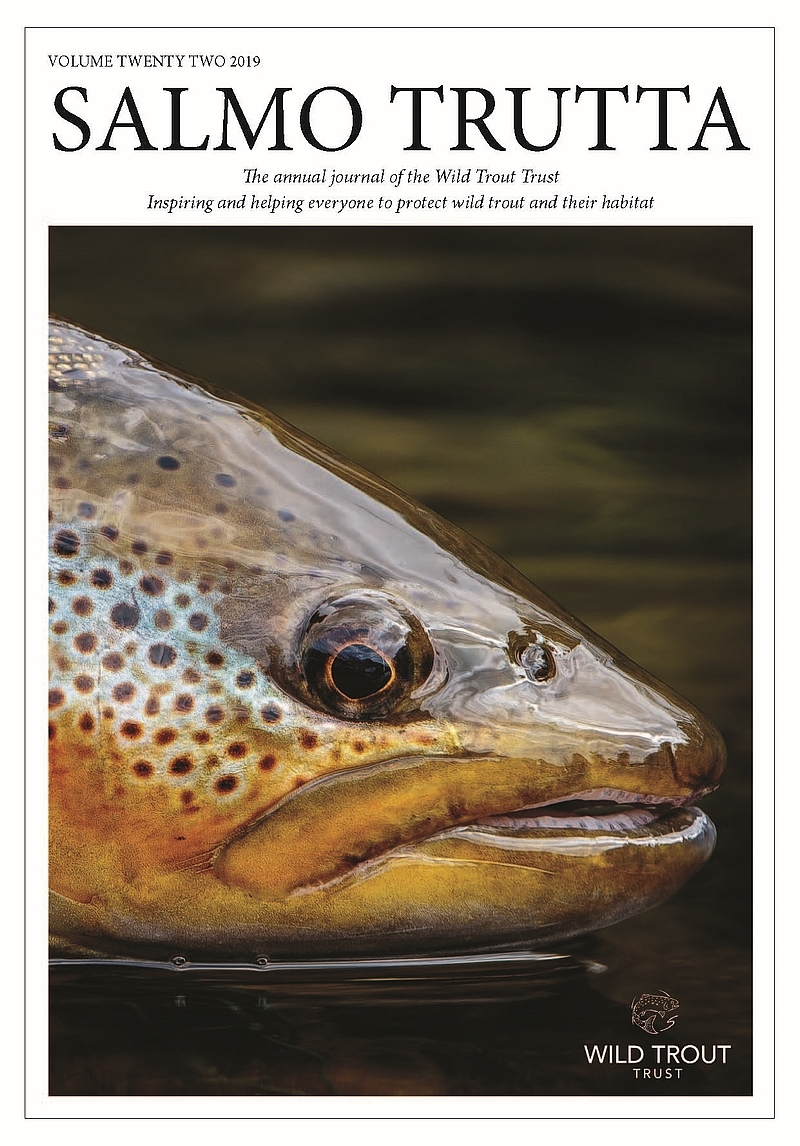 We have had fantastic feedback from members about our re-designed annual journal, Salmo Trutta. I would just like to thank Pete Tyjas and the team at Fly Culture. It was Fly Culture that inspired us to change the design, move to matt paper and go with no (or in our case, only two) adverts.I’d also like to thank the contributors, who write such an interesting mix of articles and put up with our demands for copy deadlines and high quality images. And special thanks to Paul Sharman for the cover image. The costs of producing Salmo this year were actually substantially lower than previous years, so it was a good move all round. 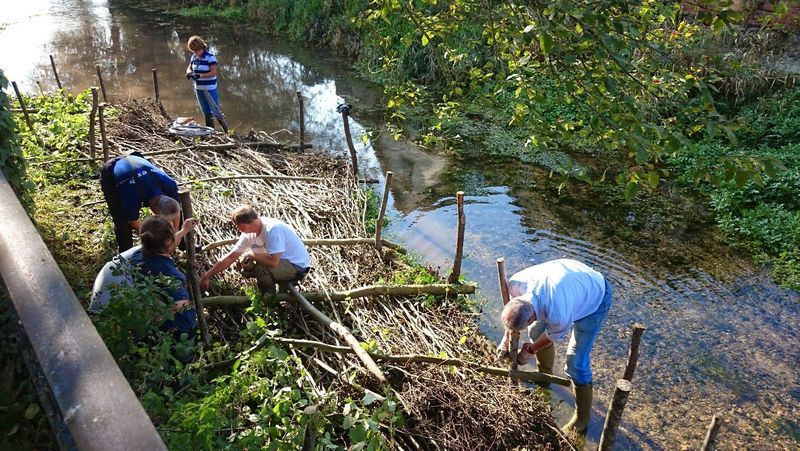 The Wild Trout Trust (WTT) is a registered charity dedicated to the protection and survival of the iconic brown trout, a living indicator of the health of the landscape around us (www.wildtrout.org). 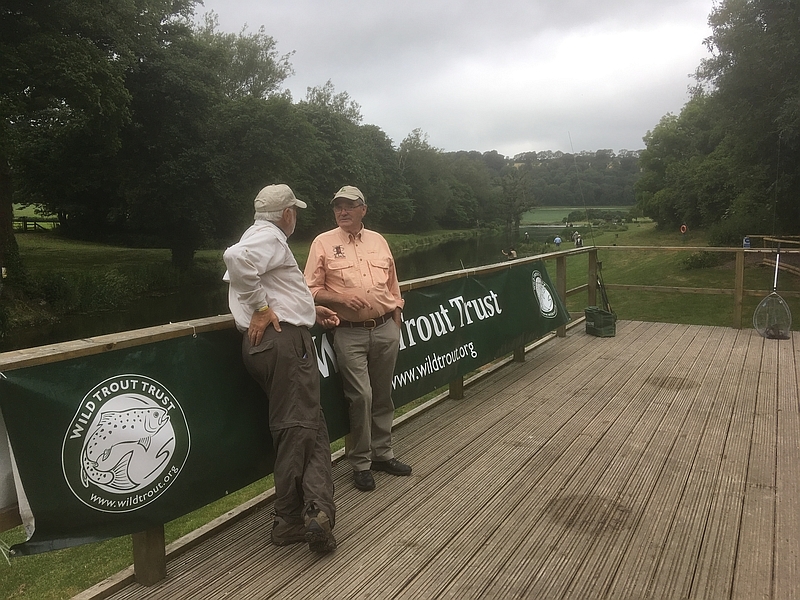 There’s still space to join WTT’s 10th 3 Fly fundraising day at Meon Springs Trout Fishery in Hampshire on 15 June. This is a terrific day of fishing and great fun with friends, all in support of WTT. It’s a points-based competition, playing for the top prizes of Sage rods and trophies. Tickets cost £100 for the day, including breakfast, drinks through the day, an excellent lunch and afternoon tea and cakes.

The day commemorates Pasco James, a young man who adored the river Meon and this fishery, who tragically died far too young, in 2010.

Book through the Meon Springs website www.meonsprings.com/bookeo; go to the ‘Events’ tab. 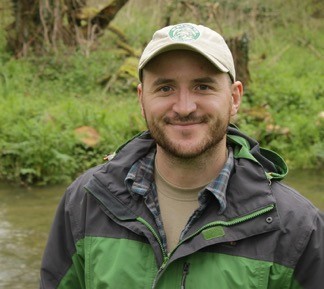 We at WTT are sad to report that Mike Blackmore is leaving us, ending his time as our Conservation Officer in the south west. But the good news is that he’s not migrating far, joining the Wessex Chalk Stream and Rivers Trust as their Head of Project Delivery and Mike’s move will surely strengthen still further the excellent existing partnership between the two trusts.

Mike joined WTT in the spring of 2012 and he has done a simply brilliant job for us, expanding hugely what we do in the south west, with a host of partners who’ve become firm friends. Perhaps most outstanding has been the sheer amount of work Mike’s done in the river; he holds certainly a WTT record (maybe even a world record, who knows) for the most practical days in the river in one calendar month: 21 days in October 2015. He’s contributed massively to making a great many river reaches much better places for their trout and all manner of wildlife and he’s been a fantastic member of the WTT pack.

Mike will finish formally with us at the end of July 2019 but through the autumn will deliver a number of projects that he’s currently got on his books, wearing both his trusty WTT and shiny, new WCSRT hats.

A workshop (supported by the WTT) is taking place in the Kinlochewe Village Hall, 30th April 2019, 10am – 4pm. The workshop objective is to review new information and objectives for both the conservation of wild trout diversity and the revival and management of once prolific trout fisheries in Wester Ross and the Isle of Skye.

The River Restoration Centre, based at Cranfield University, are recruiting!

The RRC are looking for a Science and Technical Officer to lead their involvement in a Citizen Science EU Horizon 2020 project and to participate in the development of tools and techniques for river restoration. The main responsibility is the coordination of a series of river restoration and citizen science case studies across four countries. This will involve communicating, travelling and undertaking the design and implementation of survey tools and techniques in the UK, Italy, Romania and Hungary.

WTT returns for its annual gathering to the Dartmoor Training Centre, near Yelverton in Devon on the weekend of 18 & 19 May 2019. We are absolutely delighted that our Saturday of talks is headlined by WTT founder and genuine wild trout legend, Mike Weaver, reflecting on 70-odd years of trout fishing, including in his beloved westcountry rivers.

After 10 years and some 13,000 hours of volunteer work, they’ve nearly nailed HB in the entire catchment.

If you’re doing work for our rivers and their trout, we want to hear and tell about it. Apply now for the WTT Conservation Awards 2019 – click here for an information sheet and here for the application form.

We’re looking for practical improvement projects of all sizes (could be a big-scale river restoration project, a weir removal or small-scale but highly effective improvement of an angling club water) and we’re keen to recognise broader work for our rivers and their trout, for example how an angling club is changing for the better how it manages its fishing and its anglers.

The application form is simple and easy to complete; if we like what we see, we’ll arrange a judges’ interview to discuss your work with you in more detail, before announcing our winners at the Awards’ ceremony in London on 16 October 2019. During this evening, we’ll ask you to tell our audience about your work and give you the opportunity to display your project through a poster and/or fliers for guests to take away. 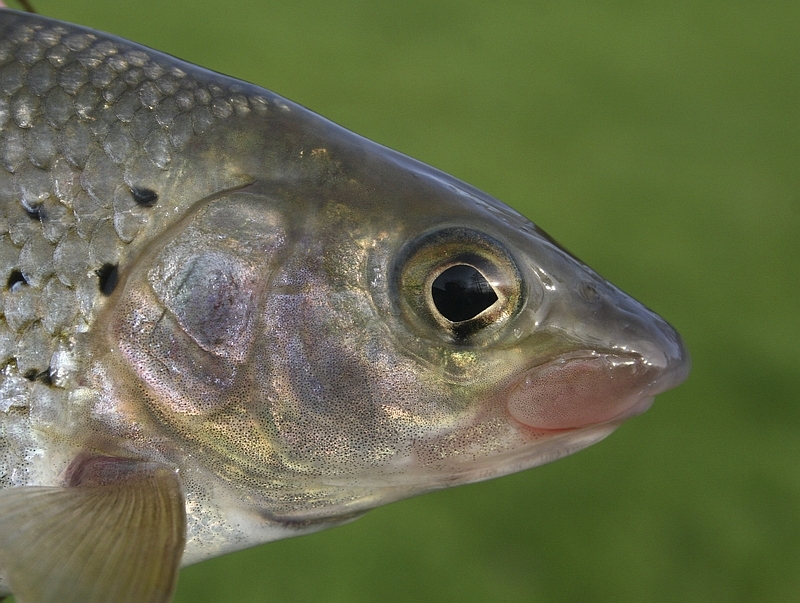 The Grayling Research Trust has released its excellent Practical Conservation Guide as electronic copy, available HERE as a free download. It’s a very readable overview of the biology, ecology and management for grayling. 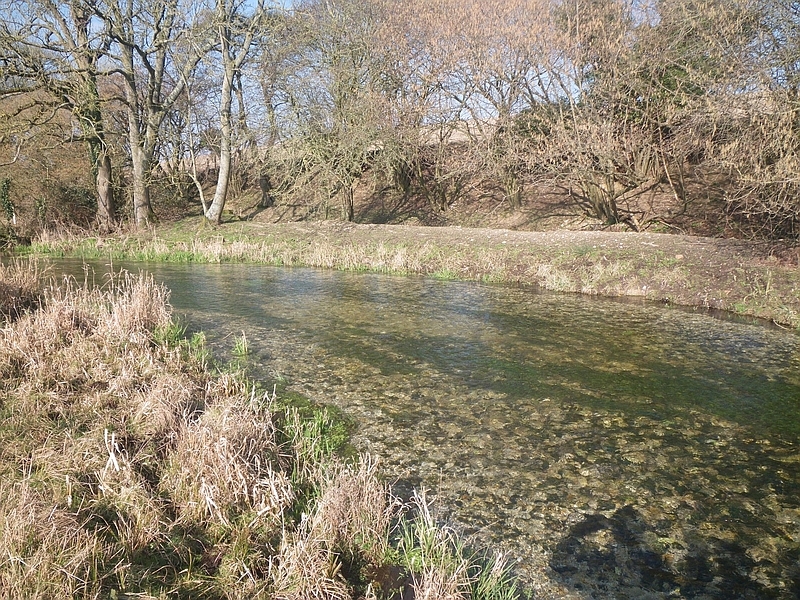 The Cheriton Stream is widely recognised as the primary headwater of the River Itchen in Hampshire. This section of river was one of the country’s first ever Wild Fishery Protection Zones, where no stocking is permitted by the Environment Agency. It is crucial therefore, that habitat quality is good enough to support a healthy and vibrant wild trout population. Unfortunately, historic channel modifications, coupled with excessive grazing pressures, has left a wide, uniform and very shallow river channel.

Following a successful project delivered by the WTT further downstream last year, the Environment Agency have funded a further phase of work at the very top of the Tichborne fishery. This fishery is managed by the Tichborne Fly Fishers and volunteers from the club, led by WTT Conservation Officer Andy Thomas, have been busy improving a 100m section of channel to create enhanced habitat for all the life stages of brown trout, as well as providing improved cover for native white clawed crayfish.

This could be really important.....update

Defra is currently consulting on new plans for water resource management in England (with some implications for Wales): https://consult.defra.gov.uk/water/improving-management-of-water-in-the-environment/. The consultation seeks “views on proposals to modernise water regulation and allow better long-term planning of water resources and drainage”.