The Wild Trout Trust auction on eBay, which closed on March 14th , was a resounding success, with just under £55,000 raised. The money will be used help fund the Trust’s work to provide practical advice to fishing clubs and landowners to improve habitat for wild trout and sea trout.

We are absolutely delighted by the response to the auction. My sincere thanks to the donors of the lots and to the purchasers who have won outstanding fishing for wild trout and a host of other species.

Recruiting for a new position at the WTT:Trust Secretary

The WTT is seeking an individual to assist the WTT Director in the preparation of the annual business plan and budget and monitoring the progress of our various projects among other general administrative tasks.

This post is a part time (initially 2 days per week, reducing to approx 4 hours per week), 12 month contract with a salary of approximately £5000 p/a.

Expressions of interest should reach us by 5pm on 22.4.13; short-listed candidates will be contacted with details of any interview process. For more information, please click on the bold green link below:

The status of different brown trout strains, particularly those of the Irish Loughs, has been a source of contentious debate in the fisheries science world since the early seventies. For a more detailed understanding of this debate as it applies to ferox trout, view the WTT's ferox page by clicking here.

Recently, the IUCN (International Union for the Conservation of Nature) has reclassified sonaghen trout as a species in it's own right. This would have significant consequences for the conservation of brown trout allowing targeted conservation efforts aimed at particularly endangered species.

The Lincolnshire Wolds AONB website has recenlty been revamped. The wolds are home to some pristine chalkstreams which hold good populations of wild brown trout. For more information, click the link below.

A recent study has found that migratory fish are less susceptible to predation by piscivorous birds like cormorants. The study involved partially migratory populations of roach and suggests that winter migrations from still waters to rivers and streams make roach safer from predation. This adds weight to the arguments that good quality habitat and connectivity are vital for healthy fish populations. For WTT advice on habitat restoration and connectivity measures, click here.

The Winter issue of the Wester Sutherland Fisheries Trust Newsletter is out. The newsletter features a news item on the recent Mayfly in the Classroom (MiC) workshop held in Morayshire by the WTT.

A number of the Fisheries Trusts will trialling MiC in Scotland which is a first for the programme.

If you are interested in holding similar workshops in your area, please contact the trust at btyser@wildtrout.org.

Annual Get Together June 8 & 9, Devon 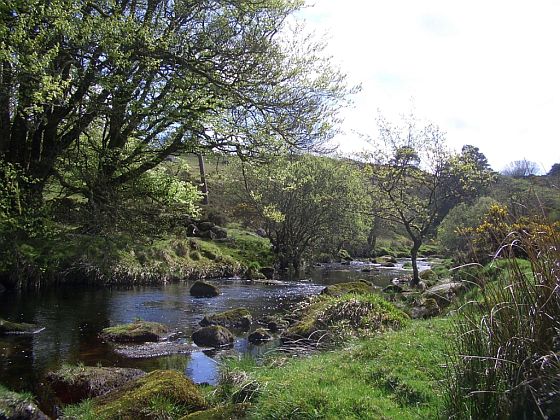 The Annual Get Together will take place on the banks of the River Dart, 8 & 9 June at the Dartmoor Training Centre, Princetown, Devon. This event is open to members and non members of the WTT.

The programme outline is:

Following on from his article and radio programme, Stuart Crofts has teamed up with Fly Fishing  Lessons TV to make a video explaining how anglers, angling clubs/associations and everyone who is involved in the world of angling can help to protect our waters from the endless threats posed by invasive non-native species (INNS) in Great Britain.

For further information on INNS, please see the INNS section in the WTT library (click here to be redirected)

These videos are designed to inspire, inform and guide anyone who is interested in understanding and improving trout habitat.

All the videos are available on our Video Hub – click here.

The announcement today of the formation of the South East Rivers Trust, as an extension to the highly successful Wandle Trust, is excellent news and we look forward to working with them.

The Wild Trout Trust has worked with the Wandle Trust for many years, and they were the inspiration behind the WTT’s ‘Trout in the Town’ programme. We are also active in supporting habitat improvement in Kent , most recently on the Stour at Godinton Park (click here for more information).

The Wandle Trust, The Rivers Trust and the Environment Agency are delighted to announce the formation of the new South East Rivers Trust to help engage communities with conservation and restoration of their local rivers across Kent and south east England.

Listen to BBC radio programme 'At the Waters Edge'

WTT member Stuart Crofts has featured on a BBC Lancashire programme where he talks about the challenges facing our rivers, including biosecurity. To listen to the programme, click here.

A discovery has been made of a population of North American Signal Crayfish in the River Eden in Carlisle.

This is the first reported incidence of signals in Cumbria. For the ITV news report, click here

A new Irish study has revealed levels of genetic diversity in Irish populations that are greater than genetic diversity between the entire human race. 13 different varieties of brown trout in Lough Corrib had already been identified by Inland Fisheries Ireland.

‘’Thin and streamlined like a herring, croneen trout are a pelagic fish, designed to swim long distances to spawn. The croneen population in the Lough Derg catchment of the Shannon’s main stem retreat to the small Camcor river in Co Offaly, 50 kilometres away, to spawn.

Another trout variety in the river Suir, which hasn’t yet been named, was found to travel 78km from the river Nier in Co Waterford, where it is born, down to the main stem of the Suir’’.

The Atlantic Salmon Trust's (AST) 2013 auction has been running on their website (click here to be redirected to the auction).

The aim of the auction is to raise money for Atlantic salmon conservation. The lots are varied and incude fishing & shooting offers from around the UK. Some money will also go towards the work of RAFTS (The Rivers and Fisheries Trusts of Scotland).

A map of the auction lots is displayed; the WTT auction in Feb/March will also feature a map setup.