The Moray Firth Trout Initiative (MFTI) has received a grant of £56,900 from the Heritage Lottery Fund. The MFTI is an exciting new project that aims to protect the future of Moray Firth Trout populations and the communities that depend on them through education and conservation. The project will be administered by the Kyle of Sutherland Fisheries Trust

The Moray Firth Trout Initiative (MFTI) is a partnership project that will work with local Fisheries Trusts, District Salmon Fishery Boards and Community Angling Associations to protect this species through environmental education and the conservation of trout populations and habitat.

Brown trout and sea trout are both the same species, Salmo trutta, and are highly adaptable, found from highland hill lochs down through major rivers and streams to coastal estuaries and out to sea. However their broad distribution and diverse life history exposes them to extensive threats from changing land use practices in their freshwater habitat to environmental changes and declining food supplies at sea. Although, sea trout catches are known to be falling in many regions in Scotland, very little is known about how our brown trout populations are faring. This is particularly prevalent in the Moray Firth where there has been a 42% decline in the average sea trout rod and line catch over the last 10 years. In 2011 the Moray Firth Rod and line catch of sea trout was the second lowest year on record (1952-2011)1. This worrying trend is threatening local Angling Associations and Clubs that have traditionally relied on sea trout fishing to attract members and visiting anglers.

The Angling Trust has published a National Angling Strategy. The strategy, called 'Fishing for Life' , aims to find ways of overcoming barriers to increasing the number and diversity of anglers and maximising the benefits to society from people going fishing.

The results of the National Angling Survey, completed by 29,000 anglers, have also been published.

Full details are available on the Angling Trust's website here

The WTT website is continually growing and updated almost daily.

Our aim is for this site is for it to be the online authority on wild brown trout & wild brown trout conservation. The first of a series of pages that are being constructed is the Ferox page, describing the biology of this huge predatory trout. The page has been reviewed by experts, as all of our pages will be, and can be viewed by clicking here

Just released ! A 70 minute film feature that follows WTT Vice President and journalist Jon Beer as he visits three very different rivers in England in the company of Wild Trout Trust Conservation Officers Andy Thomas, Tim Jacklin and Paul Gaskell.The film graphically illustrates the challenges of managing river habitat for wild trout, with examples of good and poor habitat and practical demonstrations of habitat improvement. Additional sections of film cover key topics in greater depth, as appendices and expert forums. The rivers featured are the River Meon in Hampshire, Rivers Dove and Manifold in Derbyshire and Staffordshire, and the River Don as it flows through the centre of Sheffield.To purchase a copy of the DVD (£10), click here.

Watch the highlights below:

Tim Jacklin has recently completed a major river restoration project at Glandford Mill on the River Glaven in North Norfolk.

The project involved creating a new meandering river channel through the bed of a former mill pond. The second phase of the project will install a fish and eel pass at the mill sluice, enabling trout, sea trout and eels to access the newly-created habitat upstream of the Mill and beyond.

This work was funded by the Environment Agency as part of the East Anglian Sea Trout Project.  The new river channel was designed by Professor Richard Hey and the works carried out by West Dereham Plant Ltd.

The video below shows a time lapse film of the creation of the new channel.

This event is being delivered in partnership with the Arun and Rother Connections Partnership (ARC) and theSouth Downs National Park Authority on 6 December at Pulborough Village Hall RH20 2BF - there are 2 sessions to choose from, either 2pm to 5pm (afternoon tea provided), or 6pm to 9pm (light supper provided).

The European Anglers Alliance in collaboration with the European Fishing Tackle Trade Association have released a new video to inform people about the impacts of small hydro schemes.

The study, titled 'Impact of parasites on salmon recruitment in the Northeast Atlantic Ocean' used groups of tagged fish, 1 group treated with parasiticides and another group without to investigate the effects of parasites on survival.

The results provide experimental evidence that parasites, even in a large marine ecosystem,  can have large impacts on fish recruitment, fisheries and conservation.

As the crustaceans were probably acquired during early marine migration in areas that host large aquaculture populations of domesticated salmon, which elevate local abundances of parasites; there is strong reason to believe that cage salmon aquaculture is affecting the mortality of wild salmon populations. The authors concluded that parasites may account for between 18 to 55% of adult salmon in the Northeast Atlantic.

Masterclass on the River Chess, London

On Tuesday 23 October, the WTT ran a 'Habitat Masterclass' to train local volunteers in the art of chalkstream river  restoration  on the River Chess. The day involved improving a stretch of overwide and shallow river with very little habitat for adult trout. A wide range of partners attended from the Herts & Middlesex Wildlife Trust to the Chiltern Chalkstreams project. Click the link below for the full story:

Featured snippets are EA fish surveys on the WTT/GWCT habitat improvements on the Candover brook, WTT enhancement on the upper Stour and the WTT's recent edition of the survival guide. For further information please see the following link:

The Enviroment agency has published it's Regulatory position statement on eel passage. The paper sets out the EA's powers under the Eels regulations to achieve eel passage targets. The EA can do this by compelling responsible persons to ensure eel passage at obstructions & ensure that water intakes are screened to protect eels. The full paper can be seen bly clicking the link below:

Closed containment aquaculture could prove less harmful to migratory salmonids that the cage based aquaculture that is practiced in places such as the West coast of Scotland. This could have the potential to help sea trout stocks recover.

For more information on the AST's visit, see the following link: 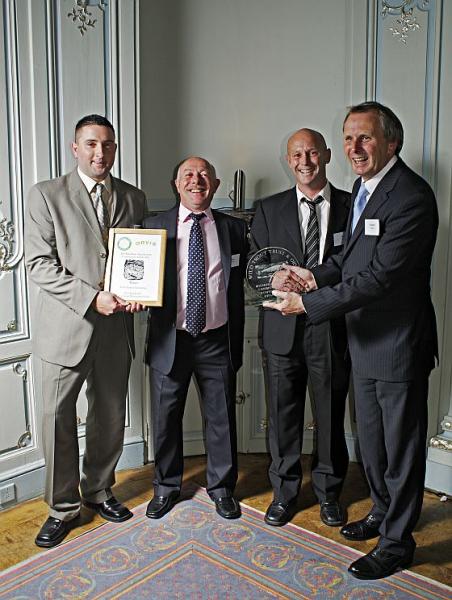 Over 100 guests attended a Wild Trout Trust evening at the Savile Club in Mayfair to present the annual awards for the best trout habitat conservation projects. The evening was introduced by WTT Director, Shaun Leonard, with the awards presented by Richard Banbury of Orvis, who generously sponsor the Conservation Awards.

The Conservation Awards recognise and encourage excellence in the management and conservation of wild trout habitat, celebrating the efforts, skills and ingenuity of projects carried out both by professionals and by grass roots voluntary organisations.

The winners of the 2012 Orvis Wild Trout Trust Conservation Awards are :

'Demon shrimp' discovered in the UK 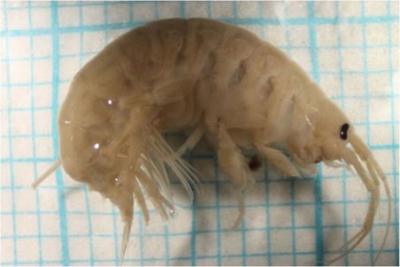 The shrimp Dikerogammarus haemobaphes is closely related to the 'killer shrimp' found in Grafham water. It has been found on the RIver Severn at Tewkesbury and Bevere near Worcester as well as two canals in Worcestershire.

Shortly after the discovery was reported to the EA, populations were discovered on the Stafforshire and Worcestershire canal, the sites are spread over a distance of 38km.

The shrimps is known to be invasive in mainland Europe and the EA and Canal & Rivers Trust are urging all water users to help slow the spread of this invasive species by helping to publicize the 'Check, Clean, Dry' campaign (see www.nonnativespecies.org/checkcleandry.)

A number of animal species predate wild trout - mammals (e.g. otter, mink), birds (e.g. cormorants, sawbill ducks) and other fish (e.g. pike, larger trout). Predation is just one of a complex of factors impacting on wild trout populations; for many populations the effects of unsympathetic land use, poor in-river habitat, low water quality and water quantity and poor river management regimes will be of greater significance.

WTT recognises that predation can be problematical for fish populations and for fishery interests. Since the 1970’s, there has been an increase in the inland over-wintering population of cormorants and an increase in the geographical range of goosanders, though there is evidence in 2012 that cormorant numbers have stabilised or even slightly decreased.