Early September 2020 marks the 20th anniversary of Christina Bryant running the WTT office; we asked some of WTT’s founding fathers and grandees to reflect on her time.

Charles Rangeley-Wilson notes that ​“it was obviously a serendipitous move when I asked Jonathan Young at The Field if he’d recommend Chrissy for some ​“light extra admin work” and he said to me that she was ​“the best point and shoot fixer” he’d ever worked with. That was a pretty fair summation and I’m very glad we acted on it”.

Mike Weaver remembers ​“Chrissy joining us only two years after we got started. She has certainly done a terrific job for us over the last 20 years and I would like to add my thanks to her for a contribution that has meant so much to the success of the WTT”.

Jon Beer, WTT President, feels that ​“there are precious few things you can rely on in recent times. Chrissy Bryant and Terry’s Chocolate Orange. That’s about it. And we’re bloody lucky we’ve still got both”.

Richard Slocock, an early WTT chairman, says that ​“Chrissy was an absolute rock during my chairmanship, always forgiving of my ropey admin skills and always good for a lovely chat, so cheerful, so efficient, just perfect!”

Edward Twiddy, erstwhile chairman among many roles, ​“first met Chrissy when she was still The Field’s Agony Aunt, responding to reader’s questions about sloe gin and Labrador hip scores. Since which, she’s answered every question for WTT members, put magazines to bed, ensured we are on the right side of GDPR, brought in tens nay hundreds of thousands of pounds, organised knees ups and celebrations and given time beyond measure”.

Graham Coley, current day chairman, says ​“for the past 20 years, Chrissy has provided the firm foundation, with energy, enthusiasm and unfailing commitment, which has enabled the Trust to grow so successfully. We look forward to her next 20 years”.

David Marriott, involved from our early days and today’s Trust Secretary, works very closely with Chrissy and comments ​“Directors come and go, as do Trustees, but the one constant throughout the existence of the WTT has been Chrissy Bryant. To most of our members she IS the Wild Trout Trust and without her total commitment over the last 20 years the charity would certainly not have become the success it is today. Thank you Chrissy, your award is well deserved!”

“In those early days when I was asked to lend a hand taking minutes and to organise the conservation awards, little did I know that very soon I would be turning my hand to anything and everything, paddling hard beneath the surface sometimes and rapidly learning to set up and maintain the systems necessary to administer, support and promote the Trust and its wide range of activities, also to provide a public face and a central point of contact. WTT has grown so much since I was its only employee but my role is still very varied which ensures a lot of interest and satisfaction. And I love looking after and hearing from members, many of whom I have come to know and regard as friends.

I’m proud to have helped the original band of Trustees and volunteer Exec Committee and then to support and assist our first Director, Fred Scourse, followed by Simon Johnson; and now the current Director Shaun Leonard, Trustees (past and present), Trust Sec David Marriott and the rest of the team.

To have contributed to the growth and success of WTT is fantastic and very rewarding. Not sure another 20 years is on the cards but I’ll certainly be here for a few years yet…

I’d like to thank, very much indeed, those above for their exceptionally kind words and WTT for recognising my long service, not with a fishing rod (phew!) but with a superb hi-fi system that I will enjoy for a very long time.

Huge congratulations, Chrissy; we couldn’t have done it without you. 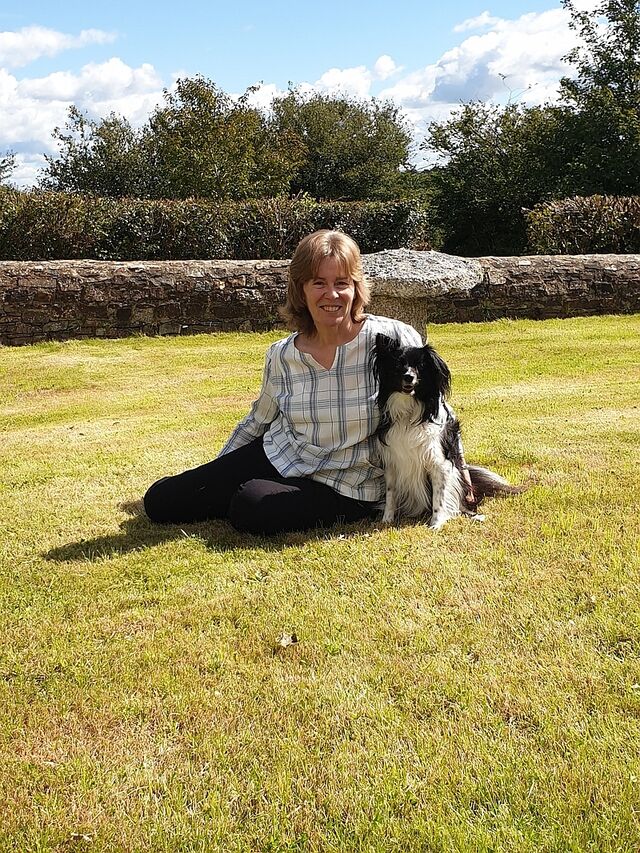