A new (old) section of channel for the River Witham

During July and early August a major project on the upper Witham near Stoke Rochford, Lincolnshire, was completed by a partnership involving the Wild Trout Trust, Environment Agency and Grantham Angling Association Fly Fishing Section. Following on from a series of recent projects completed further upstream, the work has created 600 metres of new trout habitat and bypassed an impassable 2‑metre high weir. Historically the river channel here had been moved up the valley side, creating a head of water over a weir to drive a ram pump, supplying water to nearby properties (now long since redundant). Over the years the channel, straight, wide and impounded by the weir, had filled with fine sediment and become a very shallow, slow-flowing reach with little habitat value.

The project has restored the river to approximately its original course along the valley bottom, the meanders created lengthening the river by 200m. The new channel was dug first, then the water diverted, then the spoil used to back-fill the old channel following a rescue operation for the fish and native crayfish present. Twenty-five gravel riffles have been installed which will provide ideal spawning habitat for trout and brook lampreys as well as a home for flow-loving invertebrates. A similar number of pools have been formed which will be good habitat for adult trout and several glides with larger rocks for juvenile trout and native crayfish.

The upper Witham was badly affected by two pollution incidents in recent years and these works are a further step towards full recovery. Only about half a dozen trout and a small number of other fish and native crayfish were found during the rescue despite thorough electric fishing; this is probably because of the very poor habitat and a legacy of the pollution incidents. It will be interesting to monitor the colonization of the new channel in due course.

The design, project management and supervision for the project was carried out in-house by the EA Fisheries team at Lincoln, with much input from Katie Murphy and Gez Foster. Tim Jacklin of WTT assisted with advice and site supervision of the project and Grantham Angling Association provided a significant funding contribution. The works were expertly carried out by P&R Plant Hire (Lincolnshire) Ltd. and special thanks are extended to the landowner, Neil McCorquodale. 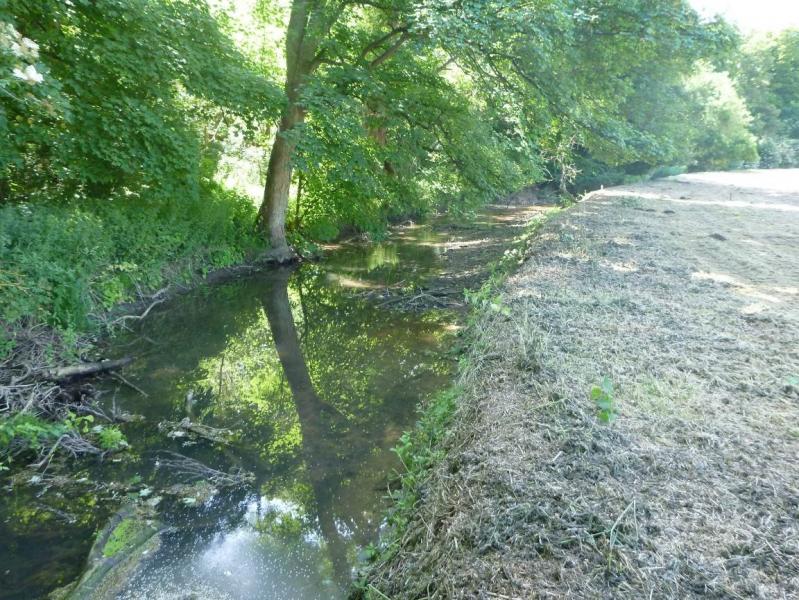 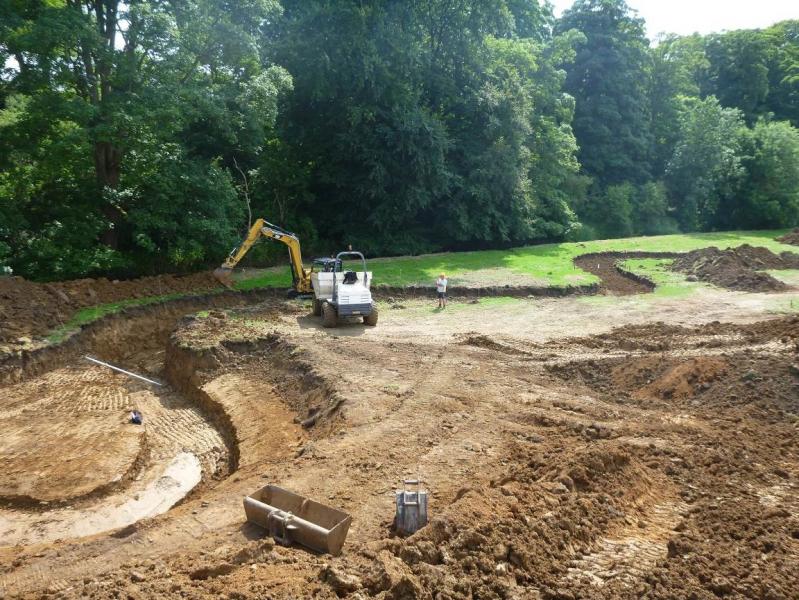 Excavating the new, meandering river channel using natural river design principles. The old channel is in the background under the trees.