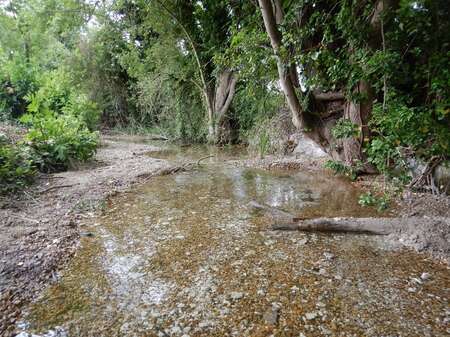 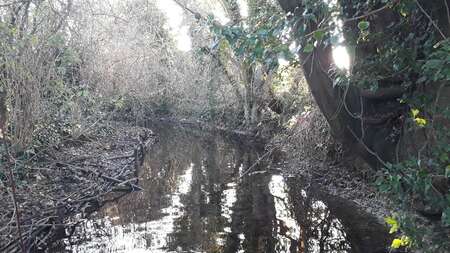 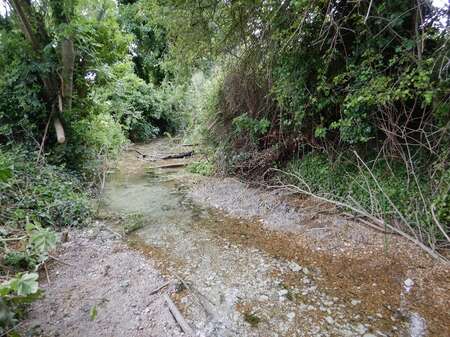 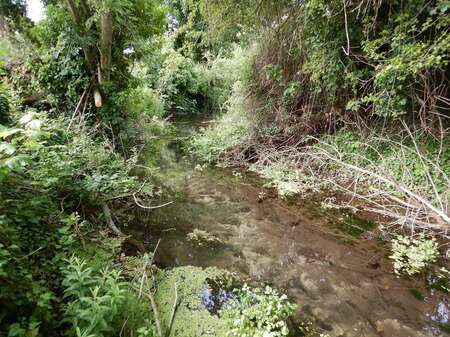 WTT Conservation Officer, Rob Mungovan, just back from furlough, has jumped straight into work restoring a reach of a little river close to his heart.

The Wild Trout Trust has worked alongside the River Mel Restoration Group for many years, providing support for improvement of this little Cambridgeshire chalkstream. The latest phase of work, supported by The Technology Partnership (TTP PLC), was supposed to involve volunteers working with me to place 80 tonnes of mixed-grade gravel and chalk into the river. However, COVID19 necessitated a rethink of this plan! To avoid the issues of volunteers trying to maintain social distancing while working in tight confinement within the channel, I used my local contacts to pull together a small delivery team involving a grab lorry, an excavator, and a single labourer.

I was delighted to be able to deliver the project, as the river flows at the end of my former school playing fields. When I was studying for my GCSEs, I was already fascinated by trout and would spend breaks walking the river and watching them in the crystal-clear water. I would never have dreamt then that I’d have the pleasure of re-building this little chalk stream. When I was at school, river restoration did not feature in any classes but geography field trips at A‑level enabled me to further my understanding of river processes and have actually stood me in great stead.

Trout numbers in the Mel have declined in recent years due to the combined impacts of drought and lack of habitat, especially for spawning. The careful use of gravel and chalk to rebuild the riverbed will provide the correct blend of stone crucial to the trout’s spawning needs.

The Mel is also home to water voles, and the work was designed especially to increase their numbers too. In later winter, over-shading brambles and trees were cut back to let light reach the riverbank. New ledges have been created which will allow a variety of water plants to grow, in turn encouraging the voles to occupy more of the river than before and (hopefully) increasing their population.