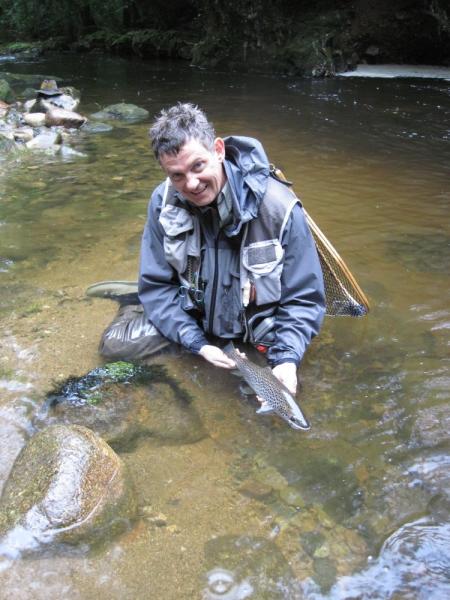 We delighted to announce that Matthew Wright, journalist and presenter of ​‘The Wright Stuff’ on Channel 5, has joined the eteemed ranks of Vice Presidents of the Wild Trout Trust.

“I’m profoundly honoured to be a Vice President of a charity that has done so much already for this country’s rivers and lakes and the wonderful creatures they support. My appointment coincides with a watershed moment in history for the future of the UK environment and I intend to use my voice to insure our wild brown trout don’t get forgotten about.”

Matthew was a keen coarse angler from the moment he first picked up a rod aged eight on a Norfolk Broads boating holiday and has been a dedicated fly-fisher since first learning the art in 1999. Ambitious to see where on the planet he might take his new found skills, the TV and radio presenter has travelled far and wide not just to trophy destinations like Canada and New Zealand but more exotic locations still: India, Bhutan and South Africa. Honorary president of Britain’s oldest fishing club, Amwell Magna, and an active member of Wilton Fly Fishers, Matthew maintains it’s the wild brown trout of the River Usk that fascinate him most.

With the growing popularity of social media, the experienced journalist believes there’s never been a better time to raise awareness and garner support for our most beautiful and precious of freshwater fish as well as the waterways they inhabit.