Wildlife cameraman Jack Perks does a tremendous job at getting fish onto our TV screens and showing the public that wildlife doesn’t have to have fur or feathers to be fascinating. His next project is to make a one hour, cinema quality film that showcases the hidden stories of British fish, everything from sticklebacks to basking sharks. He has assembled an extraordinarily talented crew of editors, composers, consultants and camera operators, including Jeremy Wade (of River Monsters fame) who will narrate the film.

The film will be funded through a Crowdfunding Campaign on IndieGoGo – Jack says ​‘this is the only option to create a short film about fish as most see them as brown, slimy, boring things. However, they are so much more than that with the ruby reds and kingfisher blues on a grayling’s dorsal fin or the deadly patience of pike waiting for an unsuspecting shoal of rudd to pass by’. 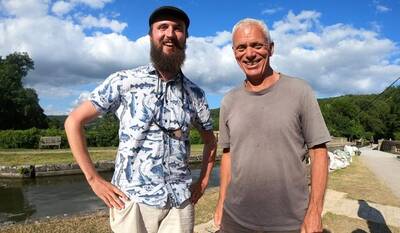 Jack’s successful track record of filmmaking and enthusiastic promotion of fish means that we want to help him get this film made. If you would like to support him too, go to the Britain’s Hidden Fishes page on the IndieGoGo website.