Last weekend saw the sixth, annual WTT 3 Fly Fundraiser run at the splendid Meon Springs Trout Fishery in Hampshire, in memory of avid Meon fisher, Pasco James. 31 anglers fished the event, raising an incredible £3770 for WTT and over £500 for the injured servicemen’s charity, Fishing for Forces. 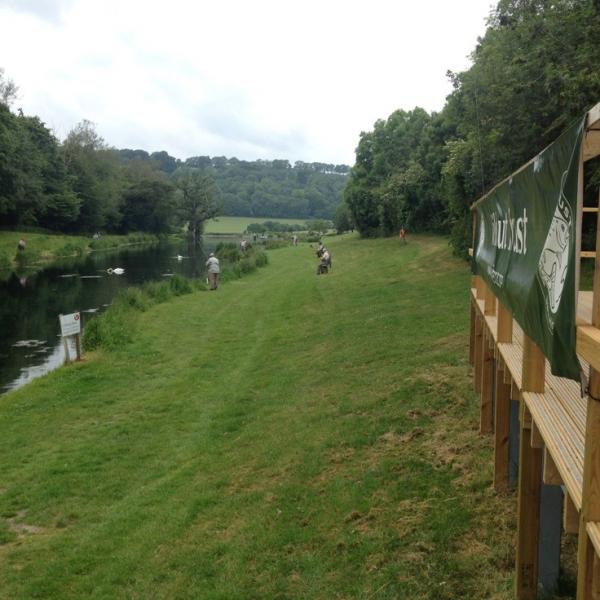 The competition allows anglers to fish with three flies – a Kite’s Imperial, a buzzer and a GHE nymph – with different point scores awarded for fish size and each pattern. This year, the fishery contained some ​‘bonus’ fish: brown trout and golden rainbows.

WTT is hugely indebted to Neil Mundy, a WTT volunteer who yet again brilliantly organised the day, with generous support from Waitrose and the John Lewis Partnership Fly Fishing Club. The fishery at Meon Springs looked stunning and produced excellent fish and facilities, including a great lunch (details of the fishery at http://​meon​springs​.com/).
Phil Marr, the silversmith, created beautiful commemorative silver salvers as prizes and Pasco’s mum, Harriet Poland, presented the prizes at the day’s end. 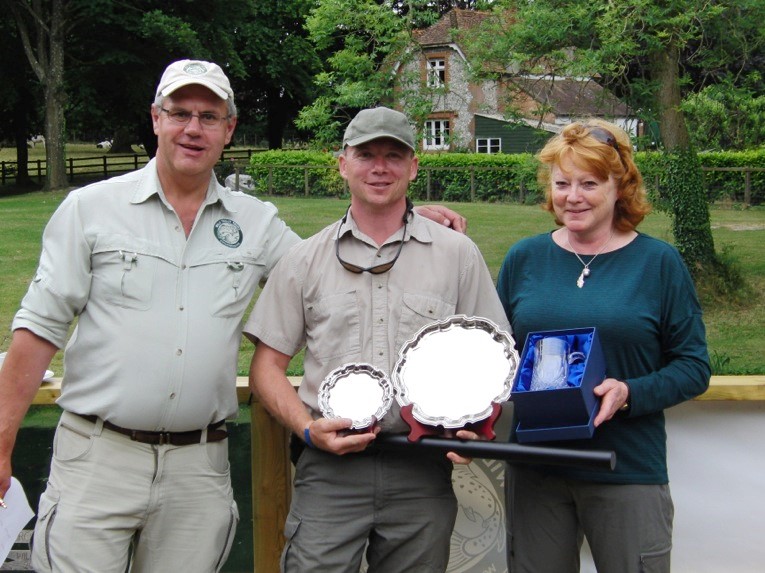 Chris Hodge (centre), winner of the 2015 WTT 3 Fly challenge, flanked to his right by event organiser, Neil Mundy and to his left, Harriet Poland. Chris’s winning horde included a superb Sage One rod, a Phil Marr silver salver and a commemorative tankard. 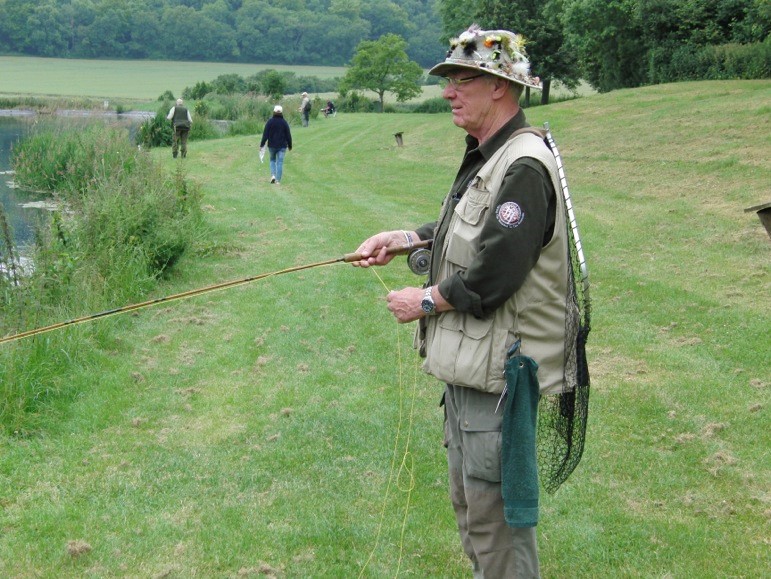 Bill Howell, founder of Fishing for Forces and great WTT supporter, fishing his heart out at Meon Springs. Bill will have better days on the bank…(photo Mike Edwards)

Pasco James was a super-keen fisher and riverman on the Meon, whose life ended tragically early in 2010 at the age of 22. Since then, WTT has run the 3 Fly fundraiser in his honour and used the monies for habitat work on the Meon.