Some projects takes years to come to fruition, but just occasionally an opportunity arises which can be grabbed and a small project delivered in a matter of days. The National Trust property at Woolbeeding in West Sussex includes a mill wheel and weir on the River Rother. In very high flows, sea trout can get above the weir, but WTT Conservation Officer Andy Thomas had identified it as a barrier to migration, leaving fish vulnerable and exhausted as they attempted to move upstream to spawn. It was a prime opportunity for a fish easement as part of the South Coast Sea Trout Project.

When the National Trust contacted Andy to say they were starting repairs on the mill wheel and associated hatches, he saw an opportunity to install a fish easement at the same time. Drawings were hurriedly prepared and a matter of a few days later, some baffles installed by the NT’s contractors based on Andy’s suggestions.
The result is a set of (beautifully made) baffles installed in in the slipway culvert which will provide some areas where a sea trout can rest before pushing on under the new hatch gates. A quick win! 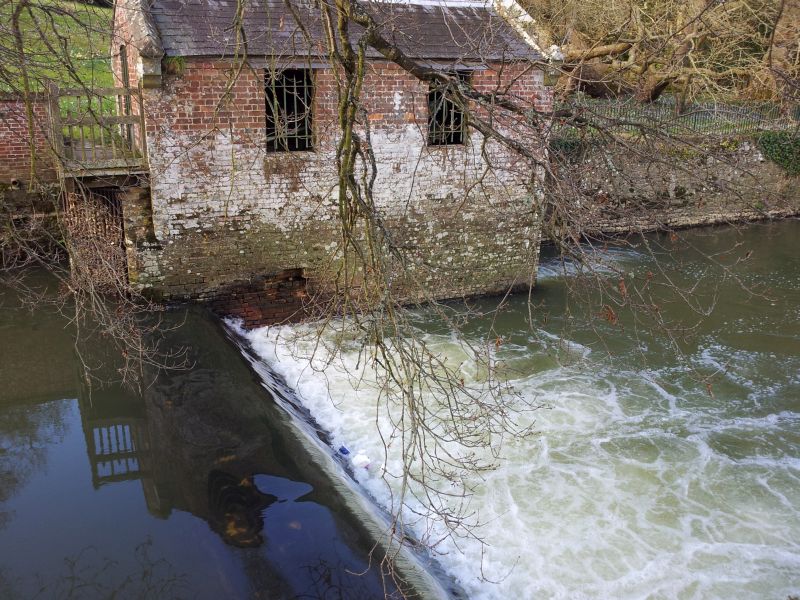 This is the weir and wheel house — >

And the culvert baffles (below) 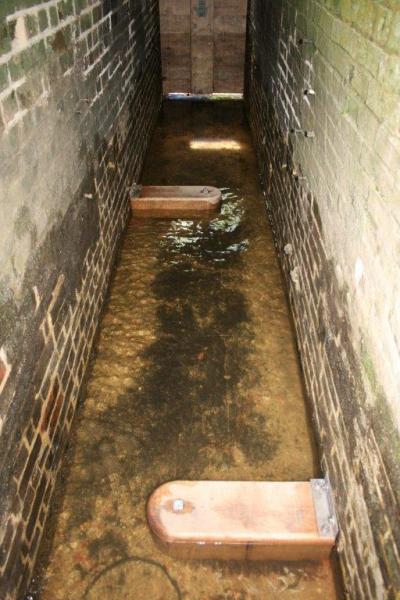 Before the project: a sea trout waiting to move upstream (below)