Creating habitat from a concrete channel

Work has just been completed on a project to create habitat for trout, salmon and other wildlife from a concrete lined channel alongside a busy road near Southampton. The project was carried out by the Highways Agency as part of changes to the roads and roundabout at Junction 5 on the M27, and was designed and managed by WTT Conservation Officer, Andy Thomas, in an excellent partnership with the Solent & South Downs Environment Agency Fisheries team.

The large scale road works provided an opportunity for radical improvement to the habitat of the Monks Brook, which is a salmon and sea trout spawning channel for the River Itchen. A long section of channel had been lined with concrete, providing limited habitat for salmon and trout to hold on their upstream migration, or to spawn. The channel runs alongside a busy road, but does have well vegetated banks with plenty of tree cover, so removal of sections of the concrete lining provided an opportunity to create habitat in this hidden, but important, section of the Monks Brook. 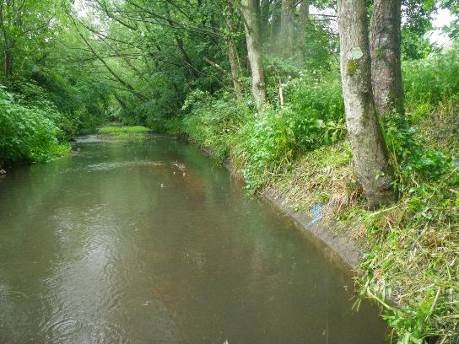 Typical (before) section. Laminar flow over concrete bed and bank with even 200mm depth. 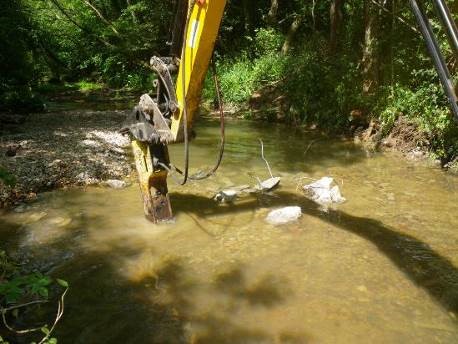 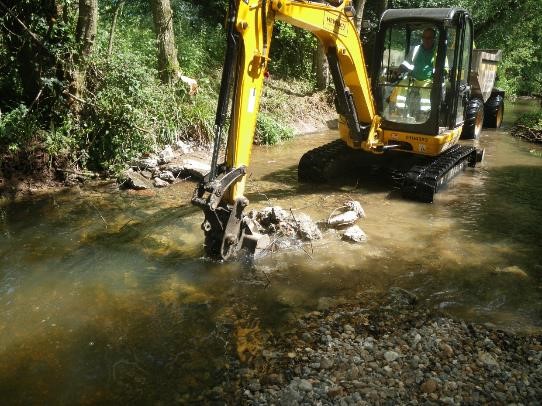 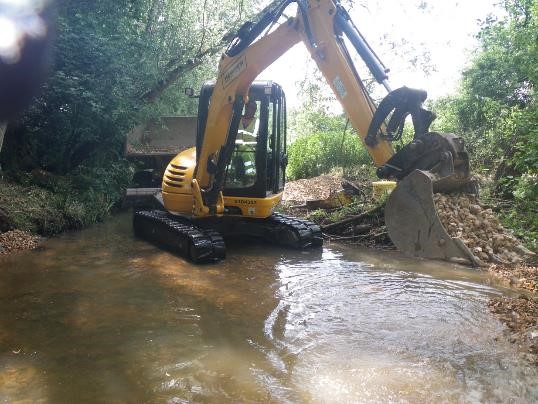 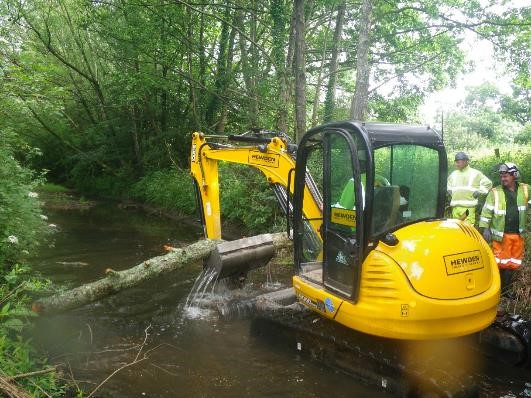 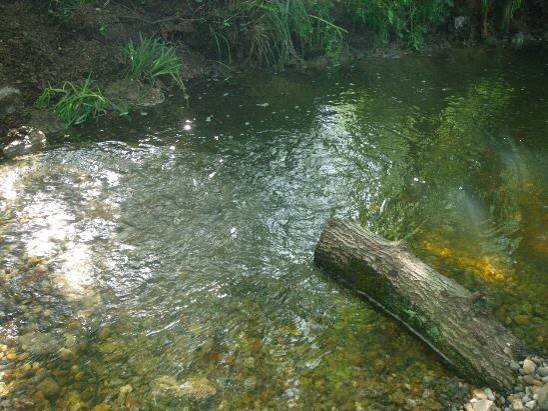 Flow deflector installed at the neck of the pool 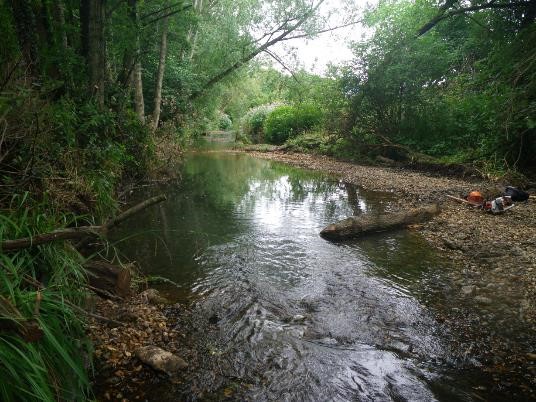 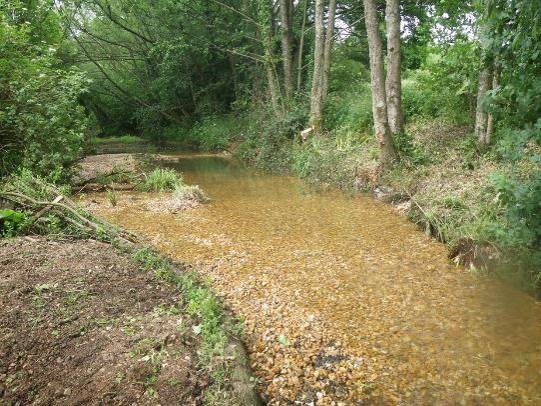 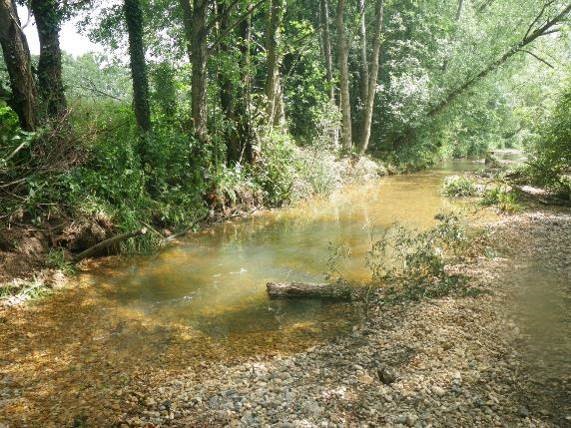