This new report by independent and highly respected consultant, John Lawson, is a review of chalk stream abstraction rates as a percentage of aquifer recharge for 55 named rivers and tributaries.

Chalk streams, and the chalk aquifers that supply their water, are a very valuable source of clean water for domestic and industry use. Over-abstraction leads to dry rivers and damage to the unique and valuable ecology of the chalk stream.

This report has been commissioned by Defra and the CaBA chalk stream restoration group as part of the work contributing to a national strategy for improving chalk streams.

- to investigate ​“abstraction as a % of aquifer recharge” (A%R) as a simple and accessible method for determining acceptable levels of abstraction in chalk catchments and prioritising action. 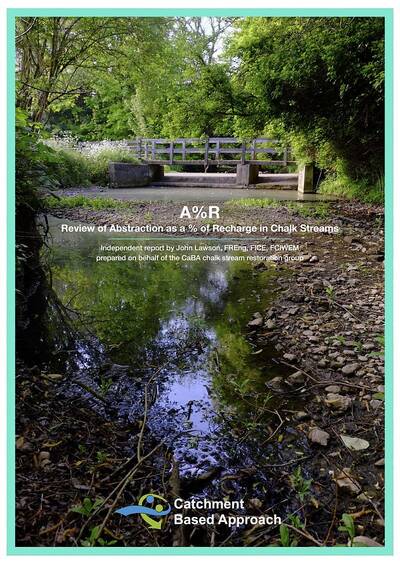