So one of my first tasks, as Trout in the Town Officer for the south of England and Wales, was to sit down and think: ​“What else did we want to know when we started the Wandle project all those years ago? And what’s changed since then?”

The result is WTT’s new Trout in the Town Urban River Toolkit, which was officially launched at our Urban Conclave in September: 98 pages of practical advice for local people to help their urban rivers to recover from centuries of abuse (or simply being overlooked and under-appreciated in recent years).

As you might expect from the combined experience of Paul and me, the Toolkit includes nearly 20 years of tried and tested guidance on: 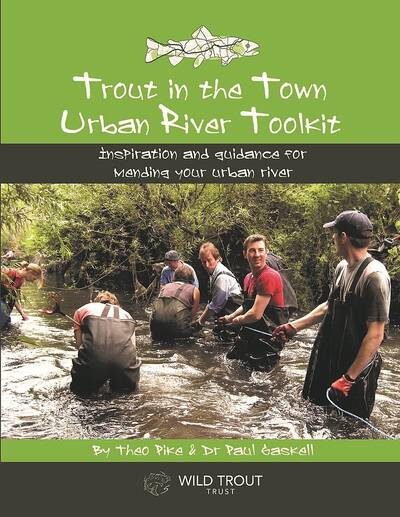 In short, it’s full of inspiring, empowering advice for anyone who wants to start taking care of their local urban waterway.

Of course, a project like this is a huge collaborative effort, involving many of our project partners and friends in urban groups across the UK, who have very kindly contributed photos, ideas and stories of their own successes. We’re particularly grateful to Gary Hunt (CATCH), Phil Sheridan (Friends of the River Worth), Harriet Alvis (Bristol Avon Rivers Trust), Charlotte Hitchmough and Anna Forbes (Action for the River Kennet), Joe Peccorelli (Zoological Society of London), and Ben Fitch (Riverfly Partnership).

We also want to say a very special thanks to the Environment Agency for funding this important new publication.

Our designer Rebecca Hawtrey has done an amazing job with a huge file of materials, and Bruno Vincent created a standout new Trout in the Town logo even before he officially started working with WTT. Now that’s dedication to the cause!

The new Urban River Toolkit was officially launched at our Urban River Conclave in Stalybridge on 28th September.

Get your copy here!

Or you can buy a printed copy for just £15.99 via Amazon: search Amazon for ​‘Urban River Toolkit’ or use this link.

If our Urban River Toolkit inspires you to take the next steps in looking after your local stream or river, please don’t hesitate to get in touch with our Trout in the Town team: 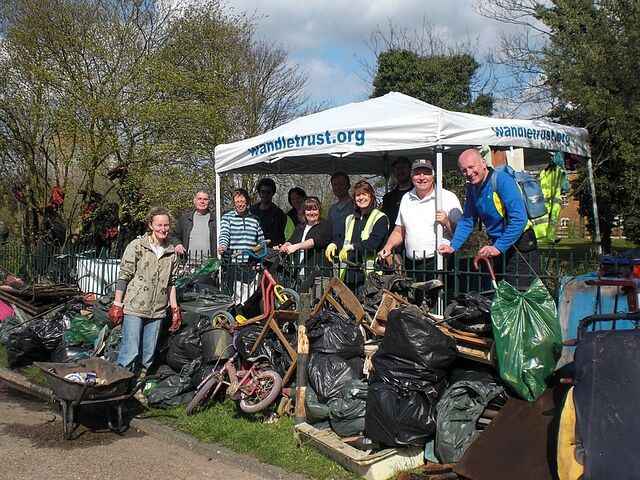