Video is one of the most powerful tools for showing the techniques as well as telling the stories in the world of fly fishing. This page has both free and premium video content for your enjoyment…

Here’s a brief taster of what you’re in for:

This WTT collaboration with Double Badger Media aims to build a collection of incredible fly fishing videos that is as varied and interesting as our supporters. It will be a library that grows over time – so if you don’t see your perfect title yet, you can get updates, news and fascinating background stories directly to your inbox.

Expect future topics to include: 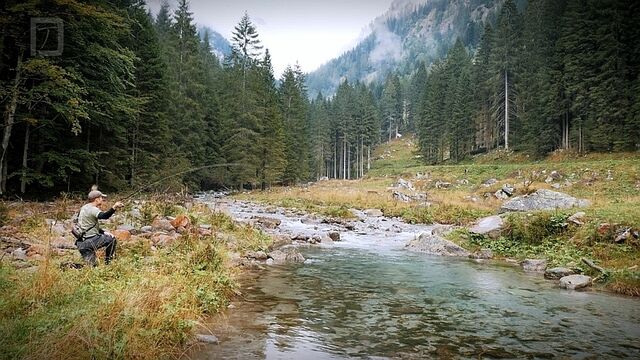 Featuring Videos Shot in the UK & Around the World

What’s in it for the Trout?

One of the special things about this specific collection of fly fishing videos is that while you enjoy them, you’ll also be supporting the protection and creation of wild trout habitat at the same time. This is because 25% of proceeds from the sale of premium videos (and associated download media) will be donated directly to Wild Trout Trust projects. 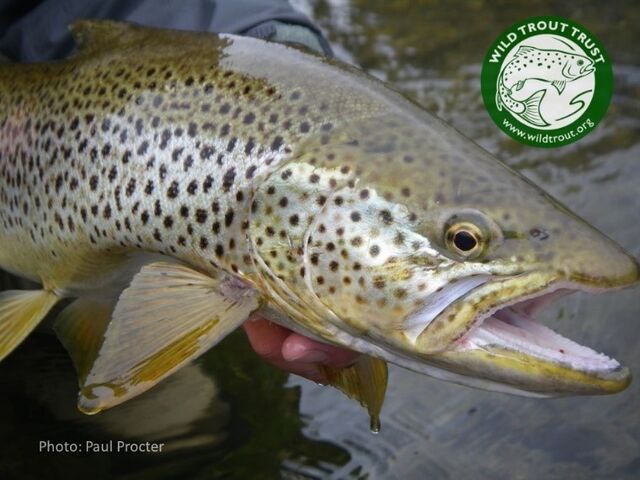 This project won’t stop with just video, there will also be lots of supporting material that lays everything out in simple, memorable formats to make sure you get the absolute maximum out of each publication. The inclusion of audiobooks even allows you to enjoy content ​“on the go”, whether driving, commuting, at the gym (!?!) or relaxing at home. Of course, we won’t forget tried and tested e‑book and video formats… 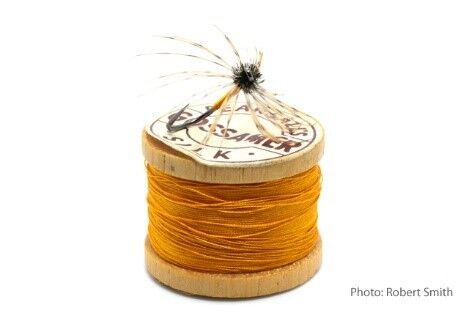 Whatever your taste, there’ll be content to fascinate you in our growing library.

I think the only modern fly fishing rods, lines and flies that Izaak Walton would easily recognise today would be the fixed-line tackle and patterns used in the indigenous techniques from Continental Europe (such as Pesca alla Valsesiana) and Japan (tenkara). Some practitioners of those various traditions still use horse-hair to make their casting lines. More on that soon but first; a story…

The boy was heartbroken. It was the end of a hot day as he emptied his creel. The single fish inside it had been caught in the cool early morning and was now half-cooked in its own juices. NOBODY would buy this sorry-looking trout. Another worthless, wasted trip with no earnings.

The disappointment and frustration he felt made him want to give up – but what else could he do to earn some money when his parents could not give him an allowance? This was rural Japan in the early 1960s and income was scarce. Catching fish should have been easy – after all his father was the most well-known professional fisherman in the area. In fact, his father was recognised as one of the true artisanal masters of mountain-river fly fishing – who are given the title ​“Shokuryoshi” in Japan.

A fact that only made matters worse.

If you want to learn more about the Shokuryoshi and their style of fishing, you can get a mini-series of stories, information and free PDF via the free accompanying emails by Clicking Here. 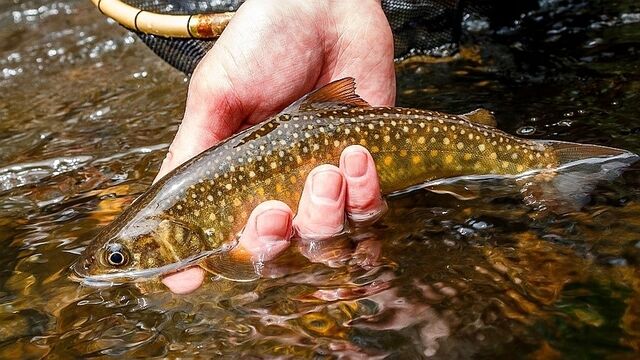 It was bad enough that his father always came home with a full basket of exactly the size, number and type of fish the local inns had ordered to serve their guests. What was even harder to bear was the way his father refused to teach him the secrets of how he managed to succeed every time.

Instead he told his son

In the face of that disappointment, the way that the boy — Hisanobu Hirata — reacted turned out to define the next 50 years as he climbed to the top of his career as a professional angler and teacher. Where most people would have given up and thrown in the towel in frustration and disappointment, he gritted his teeth, made a decision and stuck with it.

And he achieved huge success in his fishing results.

By sheer force of will, tapping his own natural talent and from the wisdom of his father who forced him to work for it, Hirata-san shaped himself into the best professional tenkara angler (a true ​“Shokuryoshi”) in his region. He has even personally mentored 160 of his own students over his long career which started in the 1960s and is still going strong today. 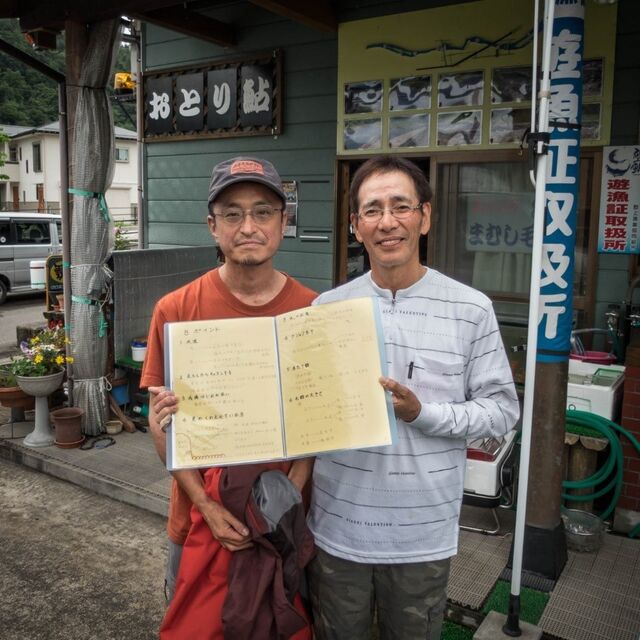 We were delighted that this happy, humble and charming professional Shokuryoshi and tackle-shop owner allowed us to film and interview him over multiple visits in 2014, 2015, 2016 and 2017.

The videos, observation notes, interviews and demonstrations that we captured have completely opened our eyes to the great strengths and enjoyment to be had from his hard-won ​“folk” knowledge and skills in survival fishing. It showed us how to squeeze the absolute best effect out of any rod and line – no matter how simple/​stripped down (or heavy!). In turn that makes great equipment really ​“sing” when you have those techniques in your back pocket.

The fact that Hirata-san now fishes for pleasure (even after a lifetime as a professional) just says it all – and interestingly it is the modern tenkara anglers in Japan who are spearheading a growing movement of Catch & Release fishing (a huge cultural challenge in a country where starvation was, only a couple of generations ago, the leading cause of mortality).

What Hirata-san Can Bring to Your Fly Fishing

Hirata-san’s ​“tenkara” Fly Fishing is rooted in the tradition of the Shokuryoshi (Japan’s ancient tradition of professional fly fishermen). At the same time, he happily adopts modern materials and equipment when they are the best tool(s) for the job. For instance, he favours graphite rods today.

That’s why it is so fascinating that he still prefers to hand-furl his own casting lines from horsehair – rather than the modern fluorocarbon lines used by most modern ​“hobby” tenkara anglers. Hirata-san says that the texture and the furling technique allow him to perfectly match the casting weight and taper of each and every horsehair line to each, specific, individual rod that they are paired with…. 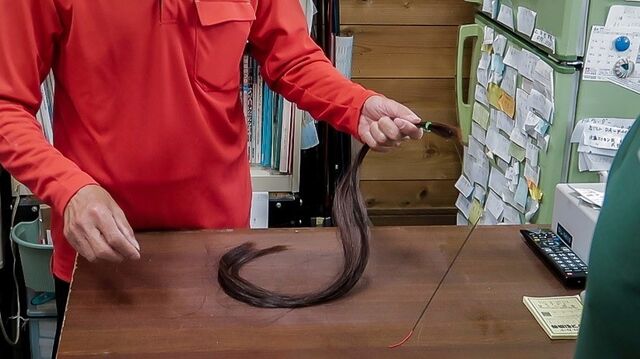 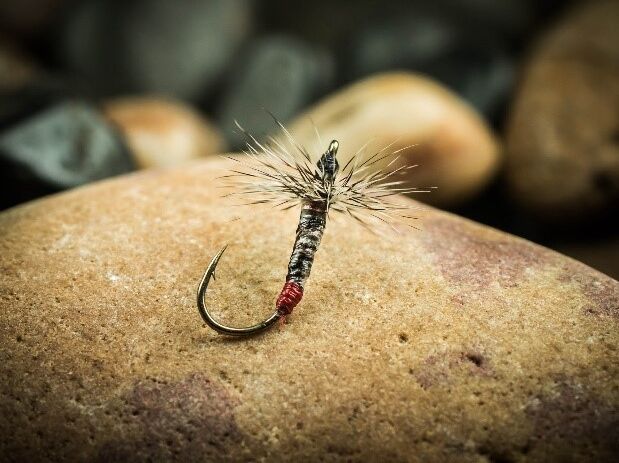 So you could say that the Boy who finally outgrew his Father’s shadow to take over as his region’s most respected professional angler (by catching trout and char to order!) has a trick or two to teach us ​“sport” fly fishers… 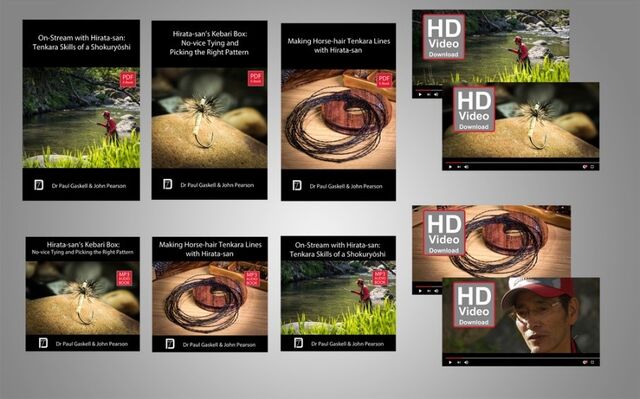 Now in a 10-piece downloadable bundle Hirata-san can show you:

Learning these practical skills mean that you can enjoy some wonderful benefits:

A key element is that you’re helping wild trout to survive and thrive in protected and improved habitats. Strangely, this actually strikes a chord with the Shokuryoshi culture… Before it became non-viable profession due to fish-farming, there are cases (for example in Ueno) of Shokuryoshi banding together to fight pollution and environmental impacts on the rivers that they had fished sustainably for generations.

It is good to think that videos, e‑books and audiobooks derived from their school of fly fishing knowledge and culture can be used as an updated way to contribute to wild trout conservation today. Check out the short video below and click through to start learning Hirata-san’s stories and tactics now…