Go to our Beaver Resource Hub for more information about beavers.

The Wild Trout Trust's view on beaver reintroduction in England

The Defra consultation on beaver reintroduction and management in England closes on 17 November 2021.
WTT have submitted this response to Defra.
Its headlines include:

Following a five year study on the River Otter in Devon, Defra announced in August 2020 that beavers on the Otter are to remain living wild and be allowed to spread naturally. With a conservative estimate of at least 200 beavers already living wild in rivers across England, and nineteen licensed and enclosed groups as at November 2020, beavers are here to stay. The Wild Trout Trust now has to devise a policy to work with beaver reintroduction that lets us meet our charitable objective to create river habitat where trout and other salmonids can thrive. 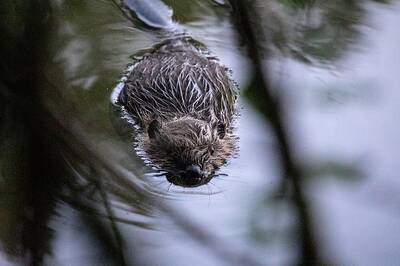 We want rivers fit for beavers

We believe that handled well, beavers can be good (possibly great) for rivers. The benefits of beavers are frequently quoted: increasing biodiversity, ​‘slowing the flow’, capturing sediment and improving water quality and creating wetlands. But there are some drawbacks too.

We want beaver reintroduction to work for all wildlife and to continue to capture the public imagination in the way it has so far done — we see beavers as a fantastic way to get all sorts of people to engage with our rivers. But it is important we get this reintroduction right and this is our contribution to the debate.

So what does the Wild Trout Trust know about beavers, you might ask? Well while mammals might not be our speciality, fish are, so we do know a thing or two about rivers which is where beavers make their home. 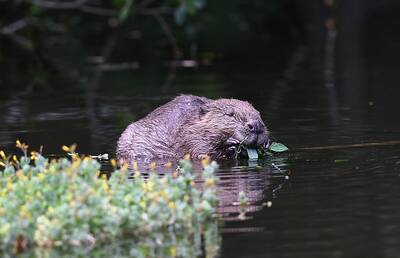 Everybody enjoys a walk by the river...

….and we at the Wild Trout Trust have walked more than most. Our small team of habitat specialists spend thousands of hours a year walking river banks and working in river channels to improve habitat for trout and other wildlife. We have also done a huge amount of research and spoken with people in England, Scotland, across Europe and North America, with first-hand experience of beavers.

Since we were established in 1997, we have delivered over 800 Advisory Visit reports to riparian owners and community groups — you can find all these reports here. But our practical experience and the regulatory agencies’ own assessments across the UK unfortunately show that many of our rivers are not yet fit for beavers.

But beavers and salmon evolved together, didn’t they?

Yes they did, but beavers became extinct in England possibly in the 16th Century. Our rivers have undergone massive changes, not least because we have had an industrial revolution since then which they largely powered!

Almost all English rivers have been modified by man: they have been dredged, straightened, diverted, fragmented by mills, weirs built, culverts inserted, bankside trees removed; they have been disconnected from the floodplains by artificial bunds, abstracted and of course, all too often polluted to within an inch of their lives. For example, there are between 10,000 and 40,000 man-made barriers in English rivers that didn’t exist when beavers and salmonids last lived together. Salmonids evolved to overcome barriers to migration, but not on this scale.

In a natural environment, rivers will often create by-pass channels around beaver dams which allow fish to migrate up and downstream. But many rivers are now too constrained by houses, roads, railways, farmland and flood banks to do this.

The changes we have made to rivers have resulted in more fragile populations of trout and salmon. It is in such rivers that beaver reintroduction needs to be very carefully thought about and managed. The sad fact is that many of our rivers are not yet fit for beavers — or salmonids. The good news is that we can make changes to our rivers that will mean that beavers can thrive, along with all other wildlife — including salmonids. 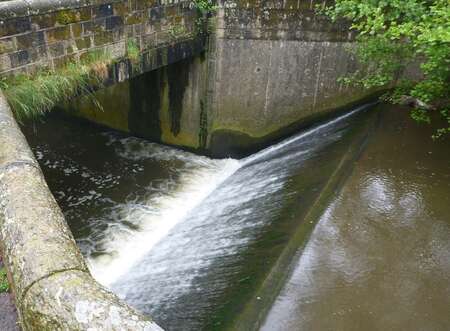 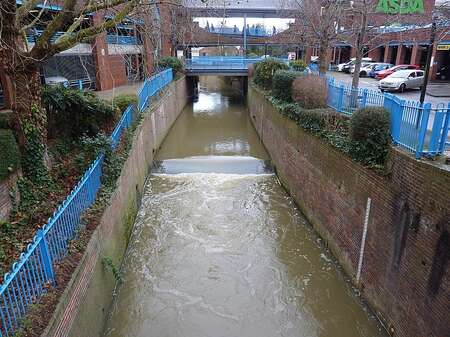 So when there is a beaver / trout conflict, what is it?

The science shows that the impact of beavers on trout populations can be both positive and negative. Most salmon populations in English rivers and half of the sea trout rivers are defined by the EA as being ​‘at risk’, so we are naturally concerned to avoid any negative effects which will pose additional threats to already vulnerable populations.

The most obvious issue is beaver dams as barriers to upstream and downstream migration: all trout and salmon migrate upstream to spawn, and then move downstream as both juveniles and adults. During these migrations, research shows they are highly vulnerable to delays and to predation when they are held up at barriers, waiting for water levels to rise to enable them to continue their journey.

Beaver dams can be small, leaky and temporary or they can be large, fairly impermeable and long lasting but they are still barriers to a greater or lesser degree. In dry spells, even small beaver dams could become hugely significant in delaying natural fish migrations. Unfortunately, beavers will use weirs and culverts (and fish passes!) to help them build their own dams. Beaver dams against a weir can make a sometimes-passable barrier to fish migration completely impassable — another generation of salmonids potentially lost.

Other issues include the loss of spawning and juvenile habitat due to the creation of beaver ponds over gravel riffles, and increases in water temperature due to loss of tree canopy cover to provide shade to rivers and water warming up as it is held in beaver ponds. Water temperatures in rivers are already increasing due to climate change, so we want to avoid any compounding effect through the loss of already limited shade from tree cover along our river banks. 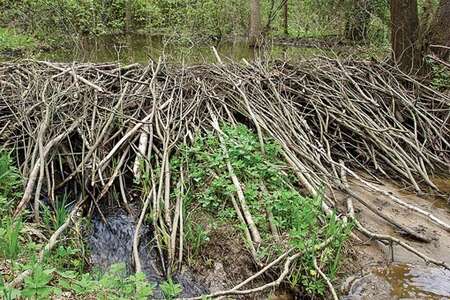 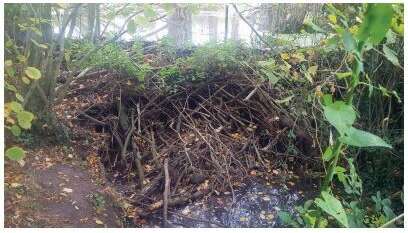 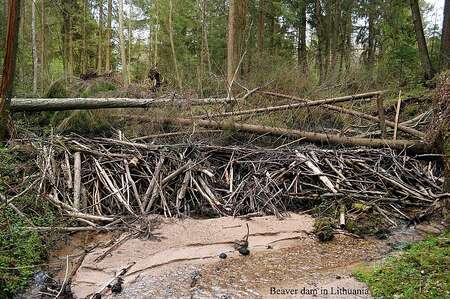 Can problems be resolved by management?

Mostly: there are many tried and tested techniques to manage the potentially negative impacts of beavers, from minor interventions such as protecting trees with sandy paint through to lethal control. We very much support the creation of local management groups which include people who understand the ecology of fish, with all parties equally empowered in representation and decision making. The impact of beaver dams on fish can be reduced by making the dams more ​‘leaky’, reducing their height or by removing them, but this is labour intensive, time critical (especially for spring smolt migrations) and beavers are very efficient at repairing dams.

Managing beavers properly will require considerable resources, in time, money and manpower; currently, there is a policy vacuum that must be filled to ensure that beavers are managed well, for their own benefit as a unique (and keystone) species and to realise the benefits that they can bring to our environment.

We believe we should be reducing the cost of future management by making rivers fit for beavers.

What makes a river fit for beavers?

Only 15% of the rivers in England are in good ecological status. The single largest reason for failing is physical modification — our rivers are dredged, straightened, disconnected from their floodplain and have a weir, culvert or other barrier on average every 1.5 km.

Beavers will re-engineer our rivers but in doing so can cause problems and conflict which needs to be managed. Most of the problems occur within 10m of the river bank, so the best way we can make our rivers fit for beavers is to give them space and trees.
Buffer zones of a minimum of 10m (ideally wider) on the banks of our rivers will have huge benefits to beavers, to trout, to other wildlife and will minimise conflicts with people.

Such a riparian zone is the stuff of dreams for the Wild Trout Trust in terms of the benefit it would bring to trout populations. We believe that the popular momentum behind beaver reintroduction can help make such a dream a reality. WTT is working with the Beaver Trust to help achieve 20m buffer zones along our rivers.